Blinded by the Light

"Greasy movie"
British Pakistani teen finds a venting outlet in Bruce Springsteen's music, as he grapples with a conservative father and a profoundly racist Britain in the late 1980s - now available on VoD

Take the cheesiest film you have ever seen, multiply it by a thousand and you’re still nowhere near it. Blinded by the Light is one of these films so formulaic and thoroughly doused in saccharine that it could give you a heart attack. Yet, it’s surprisingly delightful to watch, even if you are not a fan of Bruce Springsteen (which I’m not, quite the opposite). Oh, the sweet dangers of sugar!

The year is 1987 and our protagonist is 17-year old British Pakistani Javed. He lives in the lacklustre and soulless town of Luton (incidentally, voted the “ugliest” town in the UK a few years ago), and watching cars drive past on the motorway from the hilltop is one of his biggest sources of entertainment. He puts pen to paper in an attempt to free himself from his humdrum existence. But he has no confidence in his words. His conservative Pakistani father believes that writing is not a job. It’s his school teacher who encourages him to carry on with it. 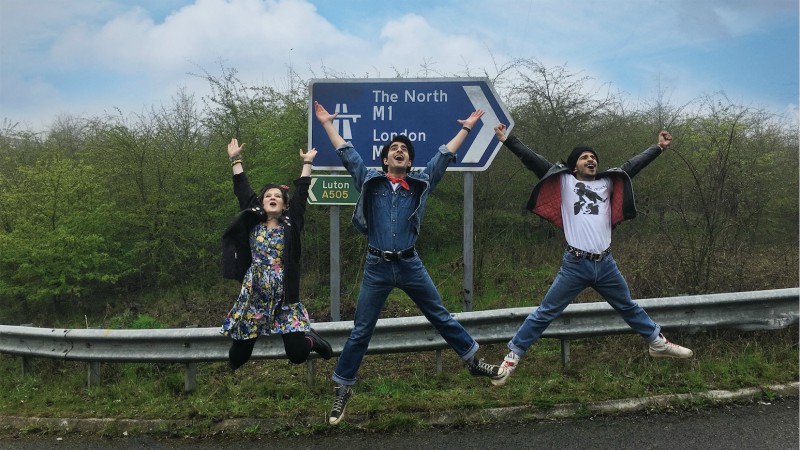 Racism is widespread and even normalised. A pig’s head is exhibited outside the local mosque, Javed is spat on on the street and made to move tables in a restaurant in order to make room for a group of white thugs, children urinate through the letter slot of Javed’s house, an his walls are vandalised with xenophobic graffiti. The far-right takes to the streets in order to demonstrate against “Pakis”. His family seem mostly unfazed. They never report the crimes to the police, instead proceeding to clean the urine and the graffiti themselves. They are conformists. They tacitly agree to their marginalised position in society.

Javed’s father insists that his son is Pakistani (despite being born in the UK) and that he will never be British. He demands that the young man stops writing. “How many Pakistani writers do you know?”, he asks. He believes that Javed should not challenge the established orthodoxies of his culture. He also believes that Javed should not date a white girl, and instead promises to find him an arranged marriage.

One day, a Sikh friend introduces Javed to Bruce Springsteen by lending him two cassette tapes. He immediately connects with the music. “It’s as if he’s talking directly to me”, he puts its succinctly. “I’ve just popped your Bruce cherry”, his friend boasts. The gleeful and optimistic lyrics about dreaming and self-empowerment progressively take over his life. The words pop up of the screen, fly and swirl around his head. At times, they are projected on the walls outside. It’s the content of these songs that will inspire Javed and instil his poems with colour and vibrancy. He eventually wins a contest in school with his poem “A Runaway American Dream in Luton”, named after the Springsteen song “Runaway American Dream”, and the prize could change his life forever. The problem is that his father isn’t too pleased about it. 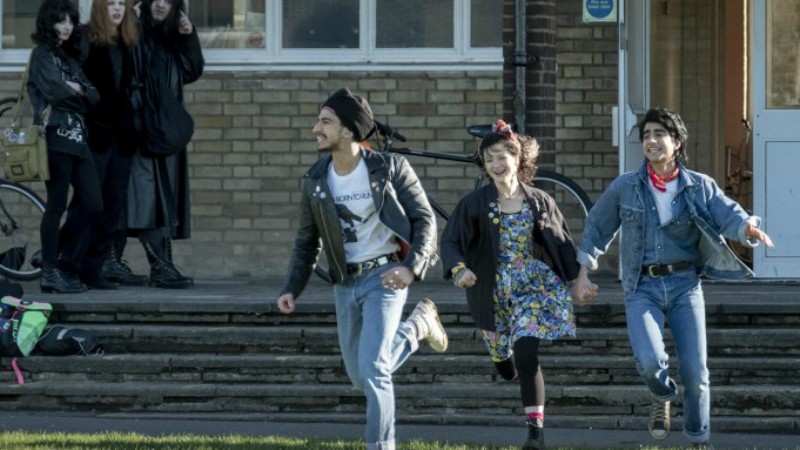 It may come as a disappointment to many British people that the British Pakistani teen found inspiration in an American composer whose most famous album is entitled “Born in the U.S.A”. In fact, this is not a creative choice. Blinded by the Light (which is also the name of a Springsteen song) is based on a real story. And the fact that Springsteen is not British is not an issue. This is a film about universality of music and dreams. Springsteen could be American, Brazilian, Italian or Japanese. The identity of the movie itself is rather international. The production is British, the singer is American, the characters are Pakistani and director is Kenyan.

From a language and format perspective, Blinded by the Light is a squeaky clean, highly sanitised movie. This is an easily digestible and earnest movie with its heart at the right place, plus a a clearcut message of tolerance, diversity and racial reconciliation. Exactly as you would expect from a Gurinder Chadha movie. It’s worth a trip to the cinema. It’s guaranteed to put a smile on your face. But it probably won’t convert you into a fan of the Bruce Springsteen. Be grateful!

Blinded by the Light is in cinemas across the UK on Friday, August 9th, with previews across the country in the two weeks preceding the official launch. On VoD on Monday, December 9th.

Remember the partition of India: Urgent lesson of British history, accountability and vested interests is now on BritBox [Read More...]