"Dirty gem"
A detailed examination of the ideas and personalities behind Dan O'Bannon, H.R.Giger and Ridley Scott's classic 1979 SF shocker Alien is in cinemas and VoD

When Alien (Ridley Scott, 1979) first came out, no one knew about its most notorious scene. These days it’s been so referenced in films, television and popular culture that everyone, it seems, does so. If you’ve never actually Alien, treat yourself to watching it before seeing Memory: The Origins Of Alien. Or, indeed, before reading this review.

You’d be forgiven, as this new documentary starts, for thinking you’d wandered into a different film. Spiders on sun-drenched stone surfaces. Footage of Greek temples. But then, visuals clearly inspired by Alien show three Furies waking up on the floor of a spaceship interior and advancing towards camera. The voice-over invokes the myth of Clytemnestra and the Furies, although they are referenced rather than well explained so you’d be advised to click through the above links or google and look up references to them before seeing the film. 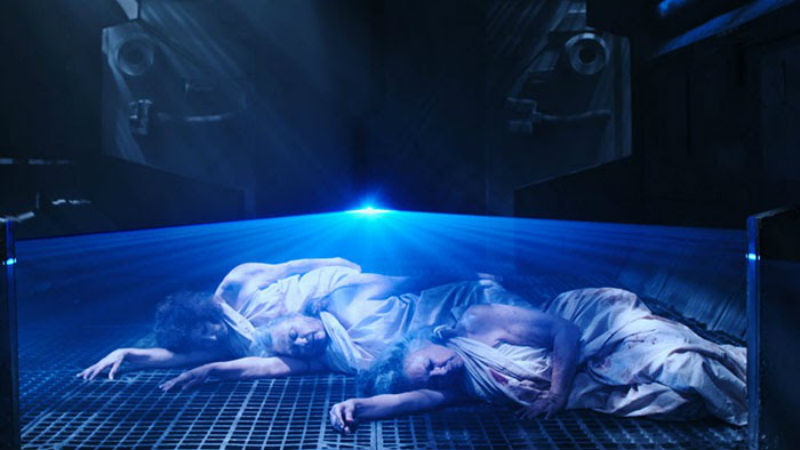 Greek temple/Furies bookend notwithstanding, this generally excellent documentary about Alien isn’t quite as integrated a whole as 78/52, director Philippe’s prior, terrific documentary about Alfred Hitchcock, the making of Psycho (1960) and the shooting of the infamous shower scene. However at a pitch level Memory: The Origins Of Alien at least follows a similar model: an examination of a film with a key shocking scene which resonated heavily through popular culture both at the time of its initial release and ever since. In the case of Alien, that would be the so-called chest-burster scene in which John Hurt, seemingly recovering from having an alien entity known after the film came out as a face-hugger clamped to his face with a tube inserted into his mouth, which creature has disappeared, being interrupted when eating a meal with crew mates by his suddenly becoming very ill before an alien entity fatally bursts out of his chest.

Alien differs from Psycho in that while Hitchcock’s film very much conforms to the idea of film director as auteur – there are other collaboators however (despite a specious argument that surfaces from time to time that Saul Bass not Hitch shot the shower scene) the whole thing was Hitch’s vision – Alien is somewhat problematic in that regard, being the product of at least three separate minds: US writer Dan O’Bannon, Swiss artist H.R.Giger and British director Ridley Scott. One can certainly play auteurist games with Alien and talk about it in terms of Scott’s wider body of directorial work, but no serious attempt at understanding the film can fail to examine the contributions of the other two contributors.

Indeed, watching this documentary, if anyone can lay claim to being auteur of Alien, it would be O’Bannon who wrote it and spent $1 000 of his own rather than the production’s money to hire Giger to make sketches and designs on paper before Scott became anywhere near involved. For a while, it was set to be directed by Walter Hill, a director who writes most of his films, but he wasn’t especially enamoured of the project and eventually left to make Southern Comfort (Walter Hill, 1981). Hill’s name remains on all the Alien films as producer. A good half of the current documentary is devoted to O’Bannon, with a little interview material augmented by considerably more interview footage of his knowledgeable wife Diane. There’s a short if informative section on Giger and then, finally, the last half hour or so covers Scott’s involvement and the actual shooting, including the chest-burster sequence. 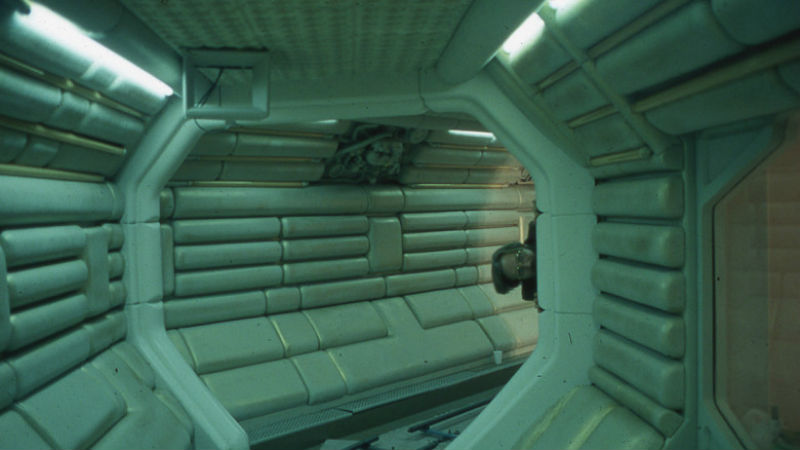 That makes the whole very much a film of two halves – the O’Bannon half and the Scott half. The O’Bannon half is the better one, packed with fascinating insights which make you want to go back and watch the original film all over again. The brief Giger section is just as good, although there’s not all that much of it. In the Scott section, Scott comes over as the right person to direct the film, in tune with O’Bannon and Giger, but there’s a sense in which Alien is more O’Bannon’s baby than Scott’s. Scott brought Giger back onto the project after Giger had been dropped against O’Bannon’s wishes during the period when Walter Hill was the director.

A number of pundits wax rather too lyrical about Alien and there’s no mention of the embarrassing moment after the chest-bursting in which the little post chest-burst critter hilariously dashes off screen like the Road Runner from Warner Bros. Looney Tunes cartoons. The interviews in 78/52 threw all manner of light on various aspects of Psycho; those in Memory: The Origins Of Alien are a little less critical and a little more adulatory, which doesn’t do the piece any favours.

Yet, flawed as both Alien and this documentary may be, the former remains one of the great filmic SF texts while the latter proves a mostly worthwhile and compelling companion piece. If it doesn’t attempt to cover the series of films that followed – a little more on Scott and Prometheus, in particular, would have been good – it nevertheless throws considerable light onto how Alien got made (and how it very nearly didn’t) and most definitely merits just over an hour an a half of your time.

Memory: The Origins Of Alien is out in the UK on Friday, August 30th, and then on VoD the following Monday, September 2nd.. Watch the film trailer below: