"Filthy genius movie"
The history of LGBTQ+ Britain in the past 50 years is the central pillar of this sobering doc, which both celebrates and raises questions about the achievements of the community - now available on VoD

Are you proud? Are you proud to be gay, to be queer, to be lesbian, to be bisexual, to be transgender, to be non-binary, to be gender dysphoric, to be asexual, to be intersex, to be… whatever you wish? This question is dividing the contemporary LGBTQ+ community on campuses, in academia, on the streets, in the bars and wherever we gather, and it probably will be evident enough at the forthcoming Gay Pride in London on July 6. In short, the community in the United Kingdom is very much in the same place as such communities in many privileged part of the globe and this documentary fully chronicles and surveys this.

Ashley Joiner’s new documentary Are You Proud? describes, firstly historically and then issue by issue, the journey of the LGBTQ+ community in Britain from first tentative attempts at legal reform to the full panoply of the challenges that we now face. This includes the attack of Clause 28, the Aids/HIV crisis, the backlash from the police after the initial legalisation to the fevered debate nowadays, the meaning of sexual identity is and how it relates to all the other identities that are found in the LGBTQ+ community (racism being a prominent topic). 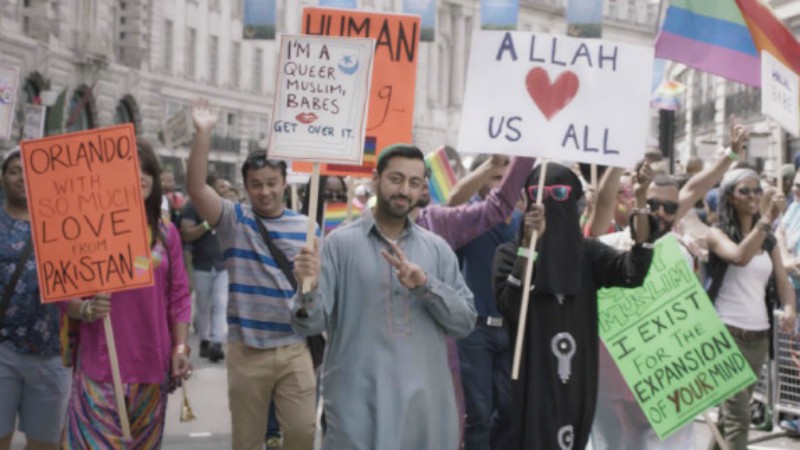 We are given an account of the life of one man who, from his days involved in WWII, to a pretended marriage, producing children, came out years after he knew he was gay. We are treated to charming footage of men dancing together shortly after homosexual acts in private between men aged 21 and over were made legal, looking so conventional it is comic. We see interesting footage about an early demonstration on Highbury Fields. Michael Cashman movingly describes how gay men who had died of Aids related symptoms were “reclaimed” by their conventional families, their gay identities were whitewashed away, and they disappeared suddenly without explanation from the gay community.

The UK community suffered the particular insult of Clause 28 from its own government in which schools discussing sexual issues with pupils were forbidden to “intentionally promote homosexuality or publish material with the intention of promoting homosexuality”. The absurd assumption that homosexuality could be “promoted” demonstrated how nasty establishment residual prejudice could be. 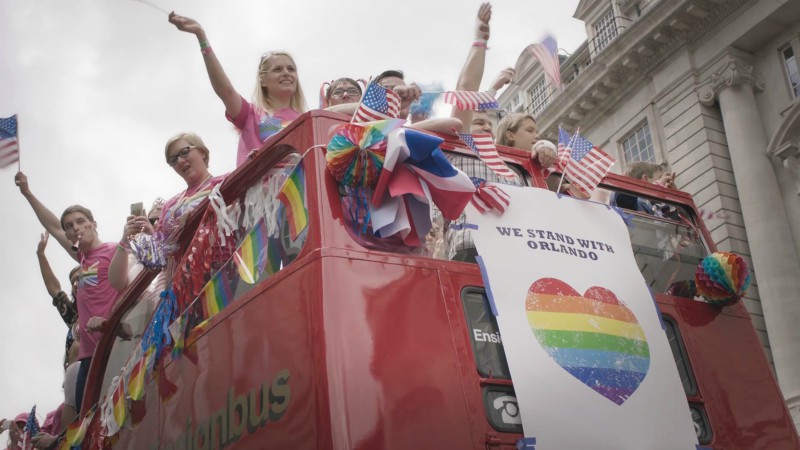 Having climbed out from under the rock of oppression and the description as filthy, dirty, perverted and dangerous, the LGBTQ+ community has constantly sought to claim its own narrative as proud and out. This has led to, especially under the influence of sexual and gender identity politics, initially so valuable in getting rid of insulting narratives, to an obsession with identities, sexualities and life-style and the interactions between them. I think this is a pity, but we are going to be detained in this place for some time yet.

This documentary does full justice to the situation of the LGBTQ+ community, including some of the downsides such as the commercialisation of Pride, and it deserves to be seen widely. I wonder what the situation will be the situation in 50 years’ time.

Are You Proud? is out in cinemas on Friday, July 26th. On VoD Friday, September 20th.

The trans drama GIRL has encountered fierce criticism amongst our readers and elsewhere because it was directed and starred by cis men. Should cis artists refrain from taking the lead in trans films? [Read More...]