General manager Lisa (Regina Hall) unlocks the premises for another day’s work at the Double Whammies sports bar. Maci (Haley Lu Richardson) tells Lisa there’s a strange banging sound coming from the room with the safe. Maybe a trapped possum? Lisa will investigate. Meanwhile, though, she’s got to interview some young women for waitress posts. And she needs to get Danyelle (Shayna McHayle) to sweet talk Jay (John Elvis) from Sounds Town into lending them a sound system for tonight’s big fight on cable. On top of that, she’s running a car wash fundraiser under the moniker “Support The Girls” to help out Shaina (Jana Kramer) who’s in trouble. 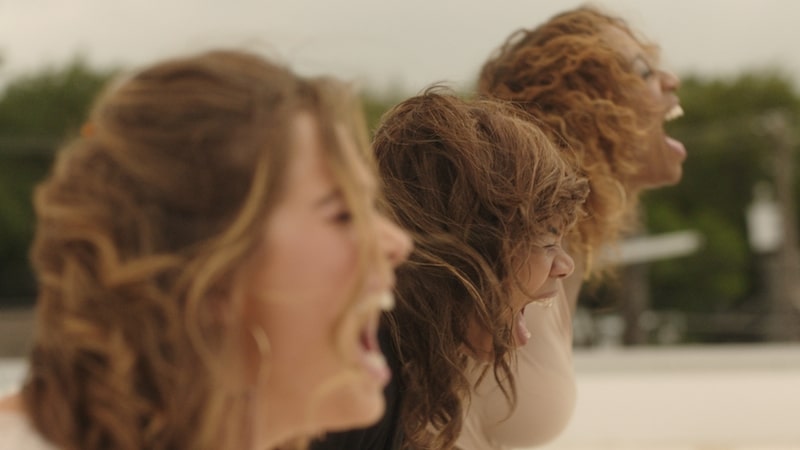 Welcome to the world of Double Whammies. It’s an essay on boundaries. Lisa continually refers to Double Whammies as a “family place” and the institution walks a fine line between bare-midriffed young women in skimpy tops sporting curves and cleavage bearing the words “Double Whammies” and something altogether far dirtier. “They know where to find a strip joint if that’s what they wanted,” she says. She has issues with the rules laid out by the white male owner who hires her to do the daily hands on management of the place, presumably so he doesn’t have to do it himself.

Early on, Lisa and Maci run an interview with several applicants for waitress positions. We watch as they demonstrate any number of sales routines to put the customers at ease and keep their behaviour the right side of acceptable. Throughout the day, we watch the new girls deal with abusive customers as Lisa struggles to keep them on the right side of the that line, mostly successfully. At the same time, she’s has the cops in to deal with a thief who got trapped in the air vent whilst trying to access the company safe and damaged the cable TV feed needed for the evening’s aforementioned big fight, leaving Lisa the headache of getting the cable company to reconnect everything. Then she has to go for a long drive with her boss the owner who doesn’t think she’s running the place properly. 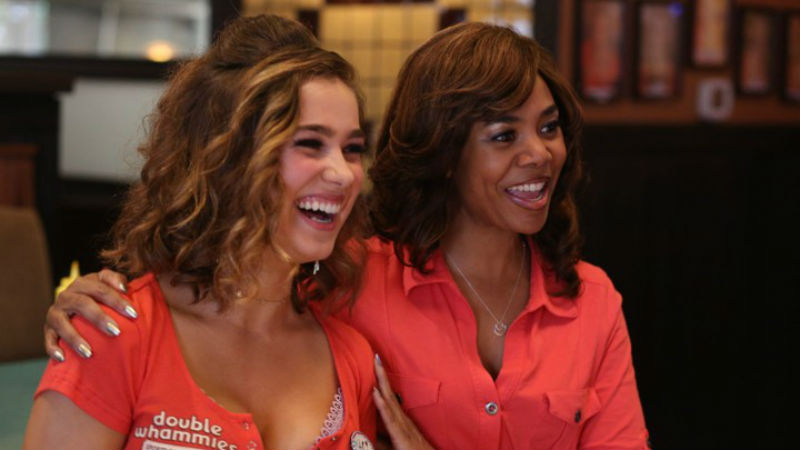 This boasts a clutch of fantastic performances from Regina Hall and Haley Lu Richardson downwards, not to mention the wonderful Lea DeLaria as the butch Bobo, a woman not to be messed with. More importantly it’s a superb script solidly directed with a real understanding of how actors can bring words on a page to life on a screen. A microcosm of the American Dream and some very ordinary, down to Earth women trying to survive within it, there’s a real freshness about it. An absolute must see.

Tragedy turns into amusement, in this elaborate trinket of British filmmaking dealing with scrabble and starring a magnificent Bill Nighy - now available on VoD [Read More...]