"Filthy genius movie"
An innovative, 12-minute one-reeler made with musician Thom Yorke of Radiohead is in cinemas from Wednesday, June 26th and on Netflix from Thursday, June 27th

A twelve or so minute collaboration between director Paul Thomas Anderson and musician Thom Yorke of Radiohead, this is being screened in Digital IMAX at various locations round the world this Wednesday. To some extent it has a built in audience. Admirers of the director, who has dabbled in 70mm movies (The Master, 2012) and worked with Radiohead on three 2016 promos will want to see it. More significant for the money men ( and women) is Radiohead’s and Thom Yorke’s audience. The band and he pretty much have creative control over everything they do, never worry about so-called commercial concerns and (when they don’t give their work away) sell albums by the truckload.

Anima, described as a one-reeler, is set to three new Yorke songs and features Yorke and a plethora of dancers. He wakes up on a tube train where other sleeping upright in their seats passengers clad in manual labourers’ clothing move in their sleep. Heads collapse onto waiting hands or jerk on necks. At some point you realise you’re watching a dance routine and your perception of the whole thing changes. And at some point, he is eyeing up a girl (Dajana Roncione) who is likewise eyeing him up among the other passengers. 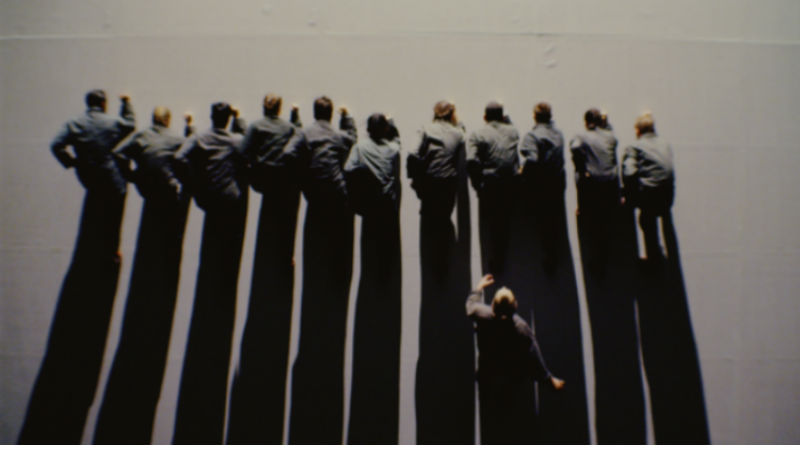 At a station, the doors open and everyone disembarks. Thom Yorke picks up a metal lunch box that someone has left and goes after them with it – we’re not sure if he actually saw who left it, but anyway he goes with the flow. After a lot of walking, with his fellow passengers snapping awake as they leave the carriage, the exit barriers refuse to let him through. No-one else has this problem and before he’s resolved it with a run at the barriers and a dive over, a lady passenger has taken the lunch box.

There follows an episode in which Thom Yorke has to cross an area where a group of dancers are themselves moving as one across the area in a way that prevents anyone else doing so in a contrary direction. Sitting in this area is the lunch box, which Yorke wants to retrieve. Although the ground is flat, at some point it must have switched to a 45 degree incline because that’s how Yorke and everyone else stands on it, at a 45 degree incline. 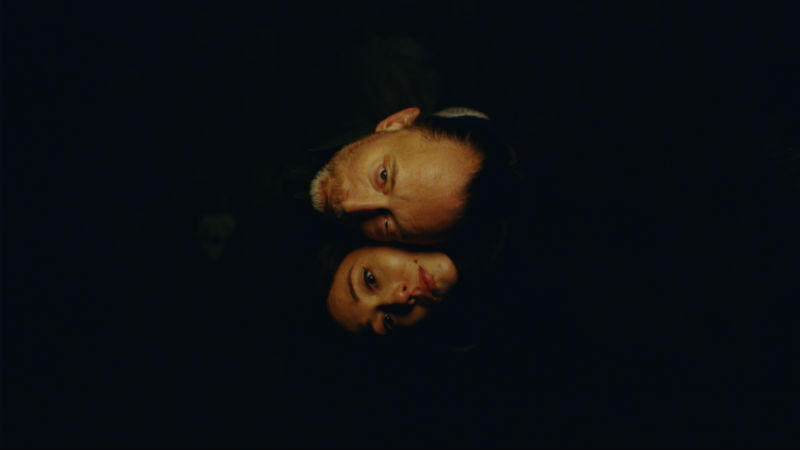 After this he finds himself leaning on the wall. The girl is there. Together they roll along the wall, a dance of life. They and other couples run joyously, together then board a bus.

The whole plays as a one man against the system narrative. Along with boy meets girl and, presumably, they all live happily ever after. Although the monotony of the workers ‘ existence might suggest otherwise. Visually, the whole thing is spectacular, a full-blown dystopian dance movie like an update of the shuffling workers in Metropolis (Fritz Lang, 1927). Radiohead and Thom Yorke fans will like it as an extension of the band’s Gen X persona, and it’s worth seeing as an interesting addition to Paul Thomas Anderson’s impressive, wider body of work

Anima is in select IMAX cinemas from Wednesday, June 26th and on Netflix from Thursday, June 27th. Watch the trailer below:

Asylum seeker has to convince hardened immigration officer that his plight is genuine in order to avoid deportation to a country where he will face certain death - British drama is in cinemas and VoD [Read More...]