"Dirty gem"
The harshness and poetry of immigrant life is empathetically rendered in this quiet slice-of-life drama about the power of human connection under difficult constraints - in cinemas Friday, June 21st

This is true working-class tale. It works well as both character portrait and social realist documentary. While timid and perhaps a little unassuming upon first glance, it slowly reveals potent political flavours underneath.

Amin (Moustapha Mbengue) works hard as a labourer in France to support his wife Aïcha (Mareme N’Diaye) and three children back in Senegal, whom he rarely goes back to see. Early scenes see him collect money to take back to his hometown, where he proudly donates to his childhood school. He is treated like a small hero. As the man who provides. He boldly promises his wife he will one day be back for good and they will live in the house they are building together. Yet Amin has already been in France nine years. The separation takes a heavy toll and nothing seems to change.

While a lesser director may set up France to be a place of wonder and opportunity and Senegal a land of hardship, Philippe Faucon doesn’t make things so easy. France may be a place where “if you have money, you have fun” — as one young man puts it — but this means nothing thanks to the weak economy, leading ordinary workers, immigrant or not, to get shafted in the process. 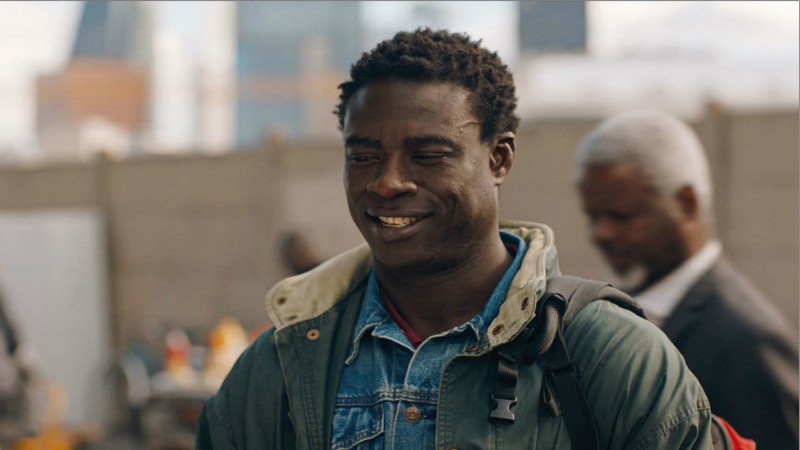 Through slow scenes carefully placed on top each other, Faucon portrays the passing of time and the missed opportunities that entails as an inevitability of poor working conditions, making Amin’s ambitions more and more of a faded dream. The strain of being apart means he barely remembers his children; at one point quietly surprised to learn that his youngest daughter has already grown old enough to have to cover her hair in line with Islamic tradition. One cannot blame him then, when single mother Gabrielle (Emmanuelle Devos) — suffering a bitter separation from her husband — invites him in for a cup of coffee, and he quietly obliges.

For Amin, to be an immigrant is to be always caught between two worlds, yet feel truly home in neither. He is neither weak nor strong, only a normal man with normal needs and vulnerabilities; excellently portrayed through glances and physical body language by Moustapha Mbengue. His relationship with the white housewife isn’t presented as a racial binary, but a chance of genuine connection between both characters — who are not as far apart as initially seems. A certain sense of tenderness is then teased out by Faucon, who is far more interested in who these people are than why they act in such a way, giving the film an uncommon depth for what is ostensibly such a simple tale. Slow on plot, its languorous mood allows us to dwell in the implications of every single act.

Supporting players, chorus-like, help to tease out the different shades of immigrant life. They are all linked together by the large dormitory they live in, a place where nothing ever seems to happen. At first seeming rather aimless, these elliptical digressions create a portrait of a world where times are tough and joy is fleeting. One Moroccan young man visits a French-Algerian prostitute but seemingly cannot perform when she doesn’t open up about her heritage (it’s still a French film after all, so of course sex is used as a metaphor for the immigrant experience). Another has lived in France most of his life, but finds out from his smart French daughter that his pension payments have amounted to almost nothing. 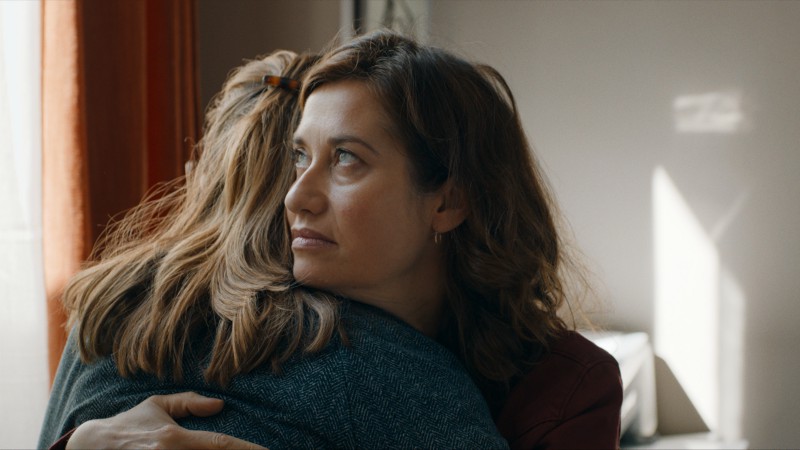 While this sounds all very sad on paper, Faucon has a way of making it all seem very matter-of-fact, making sure to point out the dignity of such people’s lives and their essential character through solid gestures and powerful dialogue beats. While not everyone is given such rounded portrayals — Gabrielle’s ex-husband and Amin’s brother feel like cartoon cutouts from lesser dramas — one senses that the 90 minute drama could go on for another hour and the film would only build in richness.

The flow of money is the true tissue between both worlds. Money (or the lack of it) makes (or doesn’t make) things happen, obliterating racial and geographical distance in the name of broader class difference. The need for capital escapes no one. For example, when Amin sends money home via Western Union, his scene is partnered with another woman transferring cash to Algeria.

It’s a simple contrast that hammers in the film’s central theme of how capitalism keeps families apart, regardless of anything else.

With simple doubling techniques such as these, interspersed with poetic interludes and broader fly-on-the-wall documentation, Amin has one foot in the arthouse and the other in the social realist school; leading to a conclusion that is both bittersweet and politically apt. A delicate balancing act, Faucon’s tale manages to pack a strong political punch while never seeping into didacticism. A small marvel.

Amin is out in cinemas on Friday, June 21st. Its release is timed to coincide with Refugee Week.