"Greasy movie"
Colin Firth stars as well-intentioned UK navy captain who led the British efforts to rescue the crew of the Kursk, in submarine drama infused with geopolitical flavours - in cinemas, digital HD, and now also on Netflix

Submarine dramas can make good movies. Witness the huge success of Das Boot (Wolfgang Petersen, 1981), both in Germany, its country of origin, and worldwide. The claustrophobic atmosphere of the submarine, the dangers lurking beyond its walls, attacks from above and the sinking of ships by the successful crew, the tensions of men thrown together in a small space make for good drama.

Yet submarines are also travelling coffins. If all goes well this type of life must be exciting and adventurous. If it does not, death in a submarine is like being buried alive. For the unfortunate crew of the Kursk, a major Russian nuclear submarine, in August 2000 this was their fate. After an onboard explosion, the Kursk was trapped at the bottom of the Barents Sea, and after a delay, during which it was believed that some crew members could have been saved, it became apparent that all 118 crew members had died.

Even superficial online research shows that the precise nature of the accident on the Kursk and the possibility of rescuing the crew are very much disputed. This is not to support the Russian government in any way. The Kursk disaster became a byword for the cruelty and inefficiency of Putin’s government, which refused foreign help to rescue crew members. The incident caused a storm even within the Russian media, normally well controlled. 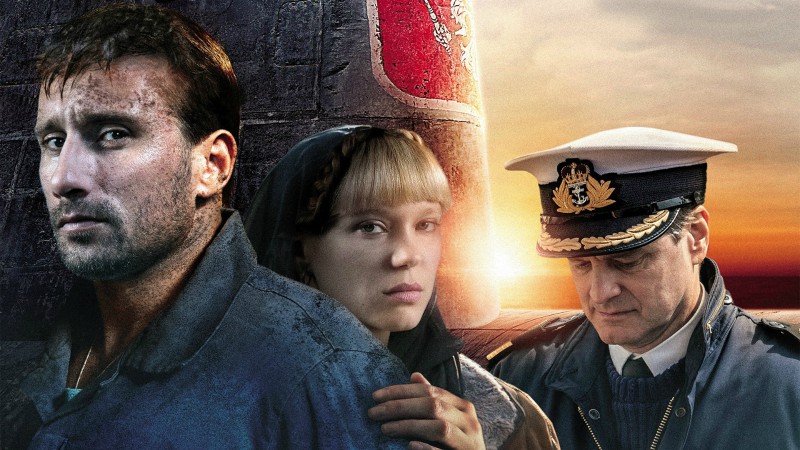 This movie takes up these themes. The obsolescence of so much Russian military equipment after the collapse of the Soviet system is revealed. The clamp on a diving vessel that would have allowed, through a specific hatch, the crew members to escape in decompressed conditions can’t be attached because it is too worn out, due to inadequate maintenance. The desperate families of the sailors are kept in the dark about what is happening to their loved ones are told lies and half-truths. One desperate woman is sedated by agents in a meeting because she is becoming embarrassing to the presiding naval officers. A foreign helping hand is declined and even when the nearest Russian admiral relents and calls on the services of a nearby British naval officer (Commodore David Russell, played by Colin Firth), he is promptly dismissed, and his post taken by a substitute.

The movie attempts to depict the suffering of the men waiting to be rescued. Here is where submarine drama kicks in. Matthias Schoenaerts (Mikhail Averin) does a brave job trying to keep up the morale of his men. He undertakes an incredibly long, underwater dive to release hatches trapping other crew members. Magnus Millang (Oleg Lebedev) tells silly jokes about polar bears and is generally the funny man in the desperate situation. The men bang pipes and walls of the submarine when they think they are going to be rescued. They have one last feast from ship’s rations before they die. 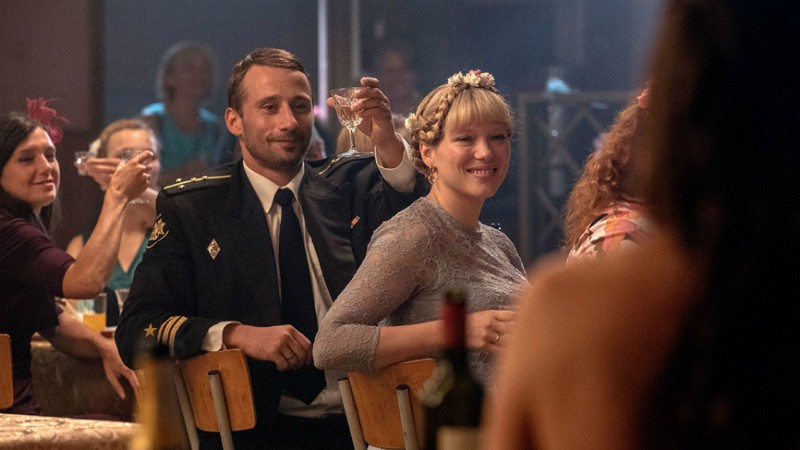 Their women – especially Léa Seydoux (Tanya Averina) – hold meetings, desperately trying to harry the authorities to be open with them. The lives of the crew’s families are depicted which includes a colourful Russian Orthodox wedding with cheerful singing and feasting afterwards, contrasted with the dull, Soviet-style flats in Murmansk where they live.

All this is well done and convincing. We get great performances from big beasts of the cinema such as Max von Sydow (Vladimir Petrenko), acting as a craggy, patriarchal Admiral, a faithful servant of the state, who will not be moved by the distress of the families. He takes little Misha’s (the captain’s son; Artemiy Spiridonov) refusal to shake his hand after his father’s funeral in his stride. Colin Firth (Commodore David Russell) is exactly right as the compassionate, but stiff upper-lipped, British naval officer.

Having said all this, at two hours this movie is a bit long. We know what the fate of the sailors will be. This undermines the tension of the submarine drama. Much of the drama in the submarine is pure speculation. Some think that their rescue was virtually impossible. Others maintain that, harsh though it was, Russia’s refusal to allow foreign powers to access a top-secret nuclear submarine was only to be expected. In similar circumstance the British and American governments might well have taken the same attitude. Nuclear warfare is a zero-sum game for everyone.

Kursk: The Last Mission is in cinemas and digital HD on Friday, July 12th. On Netflix in February.