Two very different people inhabit the body of the subject of this documentary. On one hand, there is the puny and diminutive Diego, who born in the year of 1960 in the extremely impoverished city of Villa Fiorito in Greater Buenos Aires. On the other hand, the demigod Maradona, the second greatest footballer of all times (after Pele), respected and revered everywhere he went. The problem is that Diego and Maradona often collided. There is no way these two people could share the same abode.

This is Asif Kapadia’s seventh feature film and third documentary. Amy (2015) won Best Documentary both at the Baftas and Oscars and became the highest-grossing UK doc ever, knocking into second place his very own first feature-length documentary, Senna (2010). In Maradona, for the first time he directs the biopic of a living person. Yet the director hasn’t leveraged this to his benefit. His latest film is inferior to the two movies that catapulted him to fame.

Maradona focuses largely on the years between 1984 and 1991, when the Argentinian footballer played for Napoli and became the “King of Naples”. During this period, the Italian team won the Italian title and the UEFA Cup for the very first time. Maradona had previously played for Barcelona, but he did not enjoy the experience. He enabled the underdogs of Italy to triumph for the very first time. Neapolitan football fans were routinely insulted by their rivals: “wash yourselves”, “you are the sewer of Italy”, “you are infected with cholera”. Maradona made them raise their heads with pride. That, however, came with a price tag. Maradona was the most expensive player in the world at the time, and Naples was “the poorest city of Italy”.

The insecure Diego vanished for many years while Maradona enjoyed unfettered fame and success. Neapolitans likened him to Jesus. Many fans has his picture on their altar. A local doctor took his blood to the local church, presumably because he believed that it could atone for his sins (like the blood of Christ). Even the Camorra respected him. He remained unchallenged. Until one day cocaine came along and his confidence began to crumble. The fearful and touchy Diego made a gradual comeback. 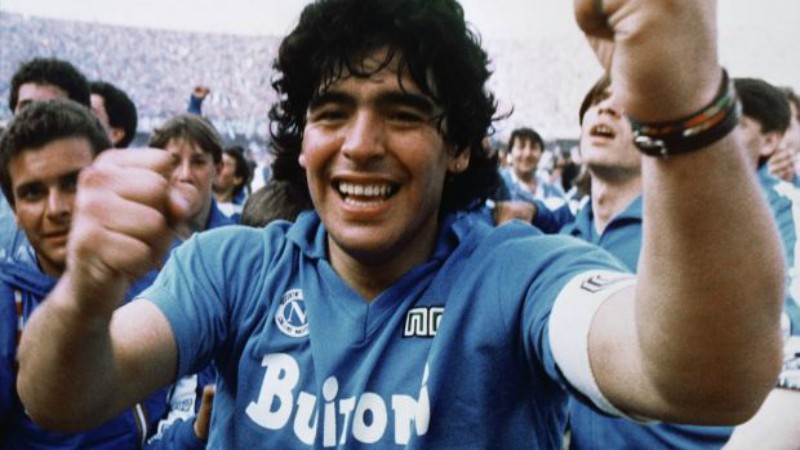 The movie also reveals that Maradona was also instrumental in Argentina’s World Cup win in 1986. The quarter final match between Argentina and England became the most important game of the year, perhaps the decade. That’s because England’s defeat felt like a revenge for the Falklands War four years earlier (won by England/Britain). Plus this is the match where the both hand of God and the goal of the century happened. The final was played against West Germany.

It wasn’t until the 1990 World Cup, however, that Maradona’s relationship with Naples and Italy began to collapse. That’s because The Argentinian player scored a penalty against Italy in the semi-final, shattering the country’s dream of a fourth World Cup title. He instantly became “the most hated man of Italy”, and lost the privileges and the protections that he enjoyed from the media and the justice system. His cocaine addiction was splashed on newspapers and magazines, and he was soon indicted for his drug use. His hedonistic sex life was also exposed.

The film is punctuated with a few facts about Maradona’s personal life. We learn that he married his long-time fiancée Claudia Villafañe, that he helped his parents to buy a house in Argentina and had three children (including one boy from an extramarital relationship in Naples, whom he only recognised in 2016).

As in his previous documentaries, Asif Kapadia opted against talking heads interviews. The film is exclusively made of archive footage, with Maradona’s friends, family and associates (such as journalists and personal trainers) narrating the story in voice-over. The sprightly music score is suitable for Maradona’s energetic performance on the football pitch and erratic lifestyle in Naples’ nightlife. 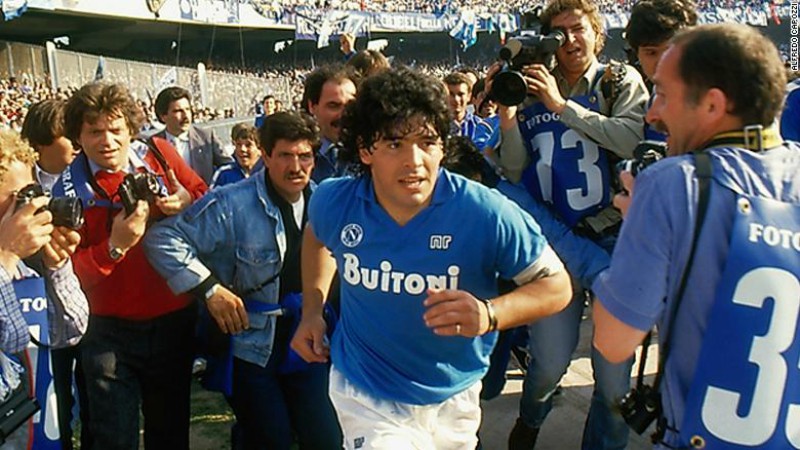 The problem with Maradona is that it almost entirely neglects everything else in his life. His early years in Argentina and then Spain are only very briefly discussed, while the last three decades of his life are tightly packed into the last 10 minutes of this 130-minute documentary. We learn absolutely nothing about his Sevilla years (in 1992-93), his return to Argentina and the many football teams that he has managed in the past 25 years. We see a video of a morbidly obese on Argentinian TV in 2004, yet we never find out whether he eventually beat his addiction (which he did). The film is far more interested in his contentious relationship with Italy and the country’s fiery temperament.

Maradona’s controversial political views are also strangely left out of the movie. His friendship with Fidel Castro and his staunch support of Hugo Chavez are never mentioned. Maradona is such an outspoken left wing activist that he has a portrait of Castro tattooed on his left leg and one of fellow Argentine Che Guevara on his right arm. These facts are by no means irrelevant in the life of Diego Armando Maradona.

In a nutshell, this is an entertaining yet partial and timid biopic of a man bigger than any football team in which he played. And, in many ways, bigger than life. By focusing too much on one short period of his life, Maradona neglects the other facets of a fascinating human being, and it misses the opportunity to investigate lesser-known aspects of the footballer’s life. Neither an own goal nor the goal of the century.

Maradona is out in cinemas across the UK on Friday, June 14th. On VoD on Monday, November 11th.