"Greasy movie"
The only way is up! Indian tale about social about social ascension and elevators is delightful to watch, yet it falls in the trappings it set out to avoid - now available on Netflix

Raju (Moin Khan) is a lovely boy, handsome, ever cheerful, always relaxed. He is very likeable. The trouble is that he keeps breaking his poor parents’ hearts. This is the fourth time he has failed his engineering exams and there seems to be no chance that he will progress from his family’s humble one room apartment to a good profession – the escape route for so many Indian families to respectability and a decent income.

His mother Laxmi (Neha Bam) must go out to wash other people’s kitchenware. His poor father Krishna (Saagar Kale) has for 30 years been the lift boy at a block of apartments pushing buttons all day to pay for Raju’s college fees. India is a country where, like 19th century Britain, many members of the population have to survive by doing mind-numbing work that those who are better off could perfectly well do themselves. 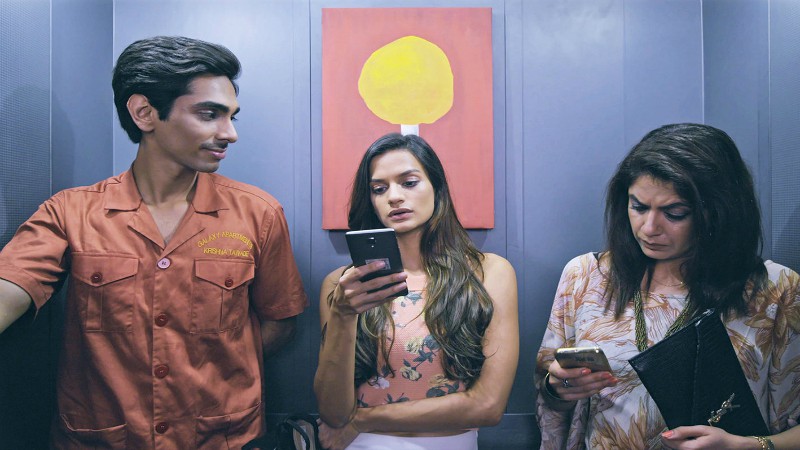 Poor Krishna has a heart attack and must take complete bed rest for three weeks. Who can do his work? – a serious economic problem for the family. Raju steps in and suddenly present himself at the block of flatsto the rather grumpy Maureen D’Souza, who besides keeping the keys to the lift, is also one of the chief tenants. Raju is so charming that he soon catches the eye of Princess (Aneesha Shah), the local resident pretty girl, who has her own problems. Her mother Mrs. Kapoor (Shilpa Tyer) is pushing her to be an actor, a career that Mrs. Kapoor did not succeed in herself.

This film raises themes much associated with India – crushing parental expectations, the inexorable demands of potential poverty, the desperate need to free oneself from class and caste status. These can be dark themes but don’t worry, this movie is essentially a fairy tale. Like its hero, it has a likeable, comic feel to it – the watchman who is always asleep in his chair outside the building, Raju break-dancing outside the lift when he should be cleaning it, his large friend Shawn (Damian D’Souza) who offers Raju outrageous advice on how to pass his exam, Raju reading the Great Gatsby in the lift while pressing buttons (he really wanted to study English literature).

How, you might ask, does poor Krishna, pay for his son’s college education on a lift boy’s earnings? Well, it would be a spoiler to tell you how this is, but it turns out that the initially grumpy Mrs. D’Souza is the fairy godmother of this fairy tale. Raju does pass his exams (but not in English literature) and the main characters really do live happily ever. This is, unfortunately, the film’s problem. 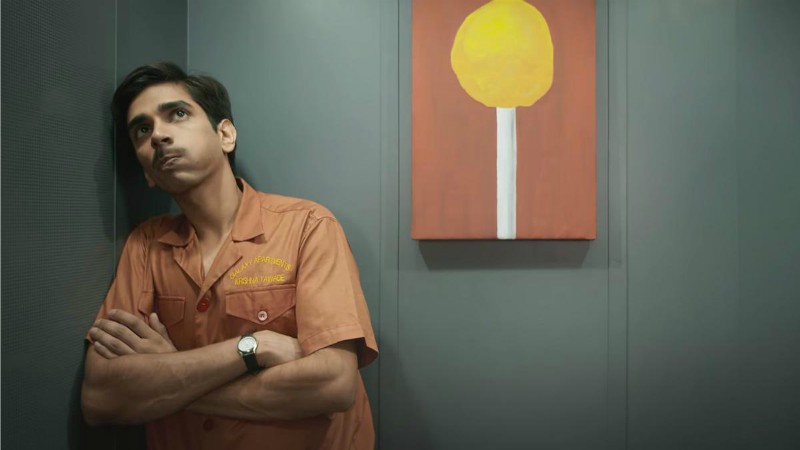 Maybe the dark sides of Indian life – class and caste consciousness, the threat of poverty, the weight of family expectations – have become so perennial they are the subject of comedy. I have no problem with comic films that deal with serious themes – think Spike Lee’s last year’s BlacKkKlansman – but if they do not pay enough attention to the serious issues they are addressing, they risk becoming a sort of apology for oppression. Peter Farrelly’s Green Book (also from last year) with its feel-good ending sails close to this danger.

The Lift Boy with all its charm and gentle comedy will please many in India and elsewhere but I fear that it is too romanticised. It reminds one of the Victorian nightmare of being caught in the wrong class, as in Dickens. The poor little middle-class boy born in the workhouse (Oliver Twist), the Micawbers (Little Dorrit), who are detained in the debtors’ prison, all represent the perils of a system where social mishap can spell social exclusion. The fact that Dickens uses these themes for comedy and vivid characterisation (which he does superbly) shows, that even he, who suffered such a fate temporarily during his boyhood, accepted the inevitably of such a system. So, in The Lift Boy, the failure to get that degree means living the rest of one’s life in one room. The fact that social tragedy can be turned into a feel-good fairy tale tells you a lot about the realities of India.

The Lift Boy showed at the The Bagri Foundation London Film Festival, when this piece was originally written. It’s on Netflix from April (2020)

Living in a conflict-ridden Kashmir, a "half widow" must find the strength to fight for herself in an absurd situation all too real - from the London Indian Film Festival [Read More...]

In the Shadows (Gali Guleyan)

I think I'm going paranoid! Blend of neo-noir and kitchen sink realism set in the streets of Delhi will keep you unseated for most of its duration - from the London Indian Film Festival [Read More...]