"Dirty gem"
Never-seen-before footage and audio recordings of Nasa's first moon landing is as close as you will get to a real-life Stanley Kubrick movie - on VoD on Monday, November 11th

Conspiracy theorists have long argued that the moon landing was entirely staged, and the action was but a film directed by Stanley Kubrick. Apollo 11 does indeed look a lot like 2001: A Space Odyssey, which the American filmmaker directed in 1968 (just a year before the historical event took place). The aesthetics, the textures, the colours and even the music score are eerily similar.

It’s remarkable that such powerful images remained unseen for half a century. Director, editor and producer Todd Douglas Miller was privileged with access to such material, and he did a very decent job cutting and assembling it. Apollo 11 consists almost exclusively from actual footage from the actual mission, bar a few very basic drawings of the the various spacecraft devices splitting, rotating and docking back onto one another. 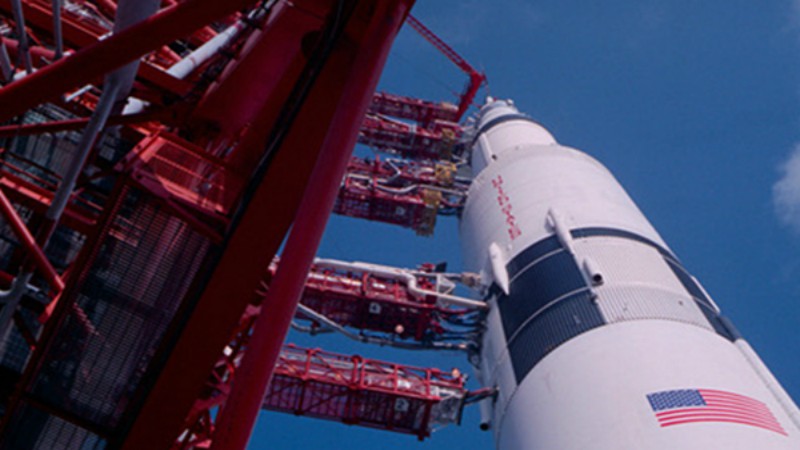 The narrative is chronological straightforward. It all starts on July 16th 1968 at the John F. Kennedy Space Center in Cape Canaveral, Florida. Thousands of operators monitor the activity in minute detail from the enormous control rooms. More than 10,000 cars are parked outside, and avid onlookers are eager to witness history with their own eyes. There is also plenty of anxiety that the mission could be unsuccessful. Such fears are never voiced, yet can can be seen in the faces of the people present. Commander Neil Armstrong’s heart rate nears 150 bpm per second, suggesting that he too shared such feelings.

We then see Apollo 11 rotate the Earth, and a smaller spacecraft being detached and propelled into outer source, towards the Earth’s only satellite. They travel approximately 360,000 kilometres and reach the orbit of the moon nearly 76 hours later, on July 20th. They finally land on the moon, where they spend two hours and collected a few mementos. They lift off and successfully return to Earth, splashing down on a small recovery ship (resembling a UFO rather than the original rocket on which they left the planet) on the Atlantic on July 21th. They are hailed as heroes.

The sheer ambition and dimensions of the mission are still astounding. Never before had a man been to the moon. Let alone return safe and sound. The complexity of the successive acrobatics of the various spacecrafts inside each other (more of less like Russian dolls) are very hard to describe within a film review and even within a film (hence the useful drawings). Apollo 11 represents our insatiable curiosity to explore the unknown. It changed the way us humans perceive our relation to the universe. 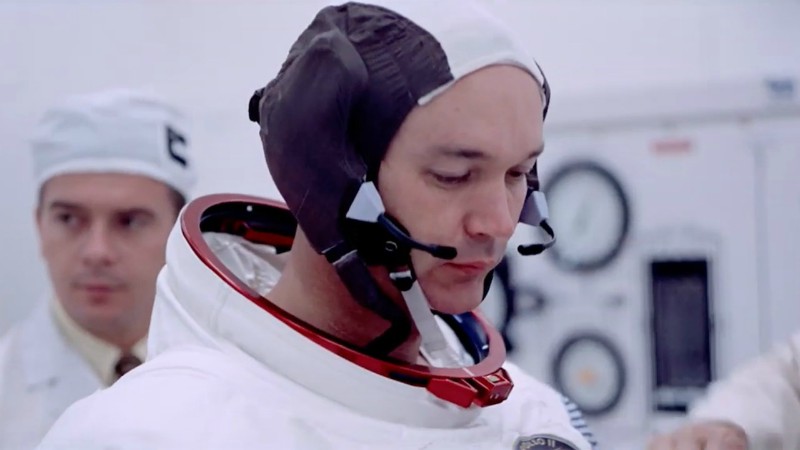 The very first lunar landing mission was also a project of American vanity. In 1961, President John F. Kennedy committed to putting an American on the moon before the end of the decade. President Nixon was proud and elated as he greeted the two astronauts Neil Armstrong and and Buzz Aldrin as they return to Earth, still on quarantine. American flags were emblazoned on all spacecrafts, uniforms and – as we all know – a large one was erected on the surface of the moon. Nixon talks about “a mission of peace”, when in reality this an expensive byproduct of the Cold War’s space race.

Despite the very questionable political motivations, Apollo 11 is undeniably a marvellous achievement. It’s quite moving to listen both Kennedy and Nixon deliver emotional and eloquent speeches about mankind overcoming barriers once deemed impossible. What a refreshing break from the far less eloquent and magnanimous current Potus, who just yesterday claimed that the moon “is part of Mars”. Such a clever specimen.

The mission registered in this 90-minute documentary is so extreme that it almost looks like fiction. Plus the fact that the landing took place 50 years ago adds yet another layer of distance and alienation to the experience. And that’s precisely what makes Apollo 11 a fascinating watch. Sometimes reality is so fantastic. Stranger than fiction. Maybe the moon landing was indeed staged by Stanley Kubrick.

Apollo 11 premiered at the Sheffield Doc Fest, when this piece was originally written. It’s out in cinemas across the UK on Friday, June 28th. On VoD on Monday, November 11th.

Doc retells fascinating anecdotes from the "founding fathers" of the Apollo space programme; sadly women are conspicuous in their absence, but the filmmaker finds a clever solution for such lack of representation [Read More...]

The Last Man on The Moon

Are the US the land of the invincible? New documentary about last American astronaut on the Moon does little more than to celebrate the country’s self-conceitedness [Read More...]