Elegantly plotted, directed and acted, and wholly a product of its time, Kind Hearts and Coronets remains as current as when it was originally released, in the first half of the 20th century. It savagely questions why some people have it all by virtue of their birth while others endlessly struggle to make ends meet.

One of the biggest lies that members of the nobility tells itself is that their titles are unquestionable. As eight seasons of Game of Thrones has taught us, nobody who is born a Duke or Prince really garnered that title as a result of fine character, but rather as a result of their ancestors abolishing their challengers. Kind Hearts and Coronets examines this concept with brilliant rigour, charting Louis D’Ascoyne Mazzini’s (Dennis Price) dastardly rise to become the 10th Duke of Chalfont by eliminating the eight members of his family standing in his way.

With the “comic” serial killer movie back in the form of The House That Jack Built (Lars von Trier, 2018), The Golden Glove (Fatih Akin, 2019) and Extremely Wicked, Shockingly Evil and Vile (Joe Berlinger, 2019), Kind Hearts and Coronets remains unimpeachable for its refinement of style as well as the utter savagery constantly lurking behind the surface. Mr Mazzini, robbed of any entitlements due to his mother marrying an Italian opera singer, is a gentle murderer. Ever-soft spoken, his murders are meticulously planned and executed, Price only ever revealing his complete bloodlust through the flickering of his eyes. 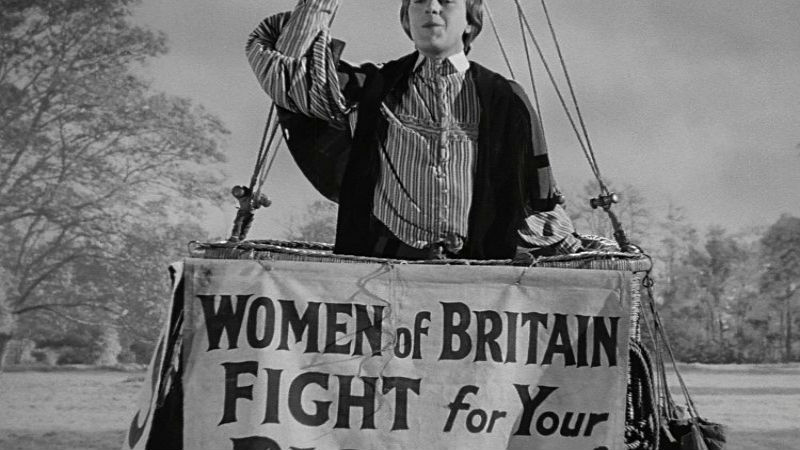 In one of the most famous examples of one character playing several roles, the eight people standing between him and the Dukedom are all played by Alec Guinness. There is more than simple comedy in this stunt casting. Guinness skilfully sinks into each role, giving them all distinct characteristics while cleverly stressing how each person has done nearly nothing to deserve their honours and titles.

Mazzini’s victims are a private banker, the private banker’s philandering son (occupation unknown), an Anglican priest, an Admiral, an army general, an amateur photographer, the Duke himself, and in one case of cross-dressing, a suffragette. With the exception of the reverend, these are all people who engage in activities that, at the time, could only be bestowed upon people with vast amounts of wealth. Together they represent the diverse spectrum of a “noble” British life. Mazzini realises very early on, in a precisely edited montage, that no matter how hard he works in a retail store, his salary could never produce a tenth of what these people earn simply by inheritance alone.

It is a movie that revels in ironies, piling them on top of one another with remarkable ease. The dialogue is rich in contradictions: In one of the most famous lines in the film, we learn that Mazzini — approaching his sixth murder — prefers not to go shooting due to his principled stance against “bloodsports”. The second irony is his manner of imprisonment. Only after a quarrel with his sweetheart and mistress Sibella (Joan Greenwood) — who of course didn’t want to marry him when he was married, but becomes uncommonly interested in him when he gets closer to the Dukedom — is he finally (but wrongfully) accused of murder. This is tied together by the central irony, that Mazzini, despite despising those who have wronged his mother and refused her burial in the Chalfont estate, aspires to be a Duke himself, thus becoming the kind of person that he truly hates. After all, there is no suggestion that once he becomes a Duke that he will turn into a kindly philanthropist. 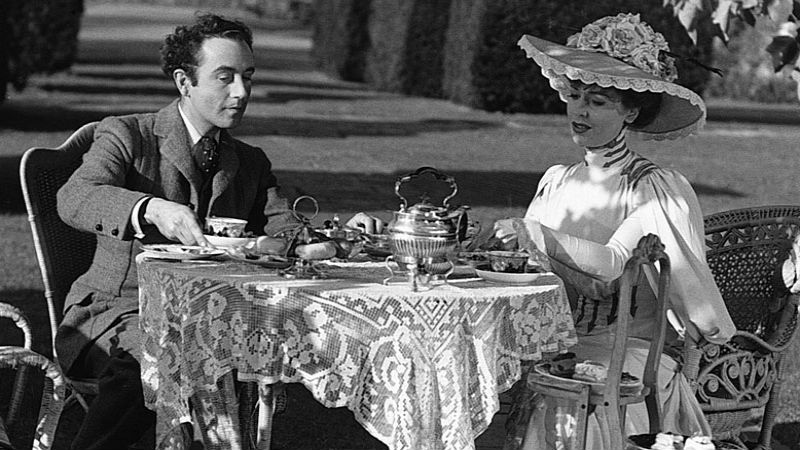 It is the prime example of the Ealing Comedy. Produced at the Ealing Studios west of London between 1947-57, they were an exceptionally creative period for British Comic Cinema. The films stay relevant in British culture for the way they question common assumptions upon which society has been built. Take Passport to Pimlico (Henry Cornelius, 1949) which imagines the borough of London suddenly becoming a breakaway state, thus challenging the basis of British law itself. Kind Hearts and Coronets is no exception. Supremely funny while maintaining a great calmness of tone, it exposes the rotten heart of entitlement with the utmost grace.

Nothing much has changed either. At first I was intrigued to learn from rewatching the film that peers were allowed to be tried in the House of Lords, a practice that was discontinued in the mid-twentieth century. It truly felt like something from a previous time. Then I remembered that the House of Lords, the upper chamber of British parliament, is still populated with unelected members from both the Church and gentry, and thought how much further we have to go before Britain can be considered a truly equal country.

The 70th anniversary edition of Kind Hearts and Coronets is out in cinemas across the UK from Friday, June 7th.