"Greasy movie"
Black teen grapples with his dysfunctional family and his national identity, in this very personal coming-of-age drama - now available on VoD (including Netflix)

Eleven-year-old British Nigerian Olufemi (Tai Golding) lives his foster mother Mary (Denise Black) somewhere in rural Lincolnshire. He has a vibrant and peaceful infancy with white mother and school friends, as suggested in a cathartic opening scene. The young boy jumps and shouts with others around his age, the intensity of the moment emphasised by slow motion. One day, Olufemi’s biological mother Yinka (Gbemisola Ikumelo) decides to take him back to London.

Olufemi’s life changes overnight from a peaceful and unspoiled infancy in an idyllic middle-class environment to a rough and dysfunctional upbringing in a council flat in London. His mother regrets that Olufemi hasn’t embraced the traditions and values of Nigeria, which she claims to be his “spiritual home”. He doesn’t like his name, which means “God loves me” in Yoruba, instead preferring the shorter version “Femi”. She beats him up. 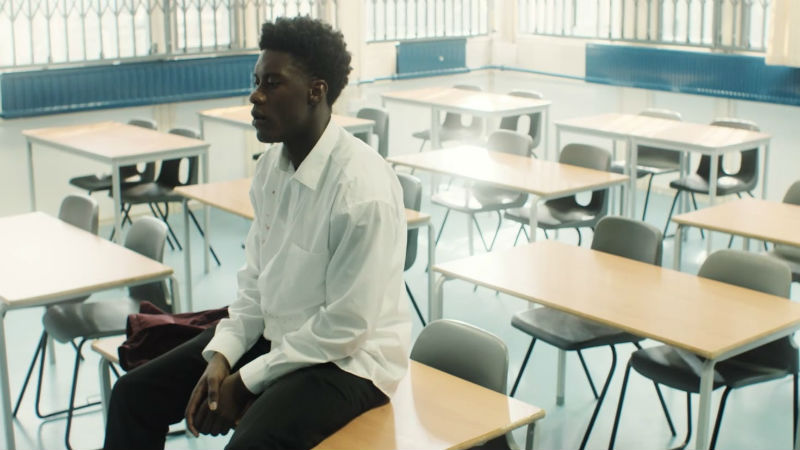 He also has a hard time at school, as the far more streetwise boys in his class (who also happen to be black) bully him, ridiculing his unusual and non-English sounding name. He challenges a black classmate with the very anglophone name Dean: “How would you feel if I mocked your name?”. He answers: “Well, my name name isn’t Olufemi”, exposing the sheer cruelty of his new environment.

Perhaps unsurprisingly, Femi grows to become an introspective and insecure teen (now played by Sam Adewumi). His relationship to his mother has improved, and he now mingles with his previous bullies, who have become petty criminals. Male identity is often negotiated through violence and intimidation. He feels that his allegiances are very divided as his new associates bully a beautiful teenage girl with whom he’s infatuated. He bonds with her through music. They both love the The Cure, but they keep their “weird” taste to themselves, as their schoolmates seem to prefer Tupac. 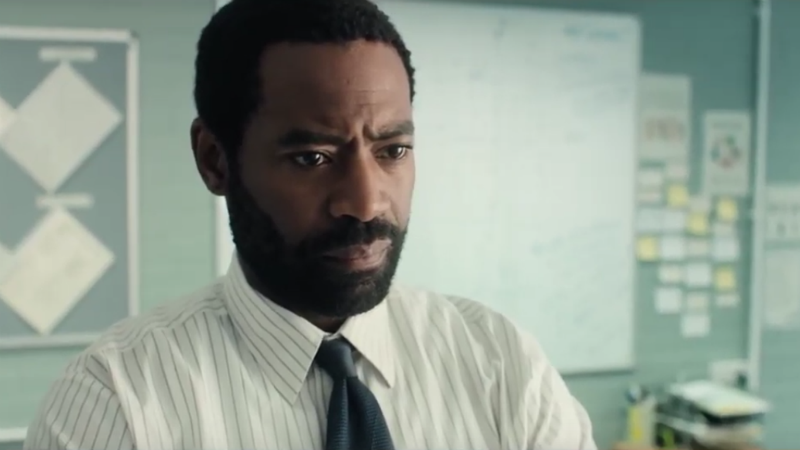 Eventually, Femi gets into trouble. Could he become a revolving door criminal, another marginalised black youth? The school director Mr Williams (Nicholas Pinnock, pictured above) is determined to help Femi. He reveals that he too was a troubled teen, too, evoking both fury and affection from a confused Femi. They share an embrace. This is the film’s most powerful moment, when Femi attempts to reconcile his anger with his gentle humanity. Should he shed a tear, or should he heed the advice by his favourite band: “boy don’t cry”?

This semi-autobiographical film is a portrait of young black British whose allegiances are split between two countries and two races. He has fond memories of his infancy amongst white people, and he listens to “white” music. In the final third of this 100-minute movie, Femi travels to Nigeria in an attempt to reconcile his past with his present. He observes the chaotic streets of Lagos with awe. Perhaps after all this is his spiritual home. And his fatherland (in more ways than one). Or perhaps not. The final third of the movie also feels a little directionless, and I’m not entirely sure whether Femi managed to reunite his Britishness with his Nigerianness or not.

A heartfelt movie worth a watch, yet not without imperfections.

The Last Tree showed at the Sundance London Film Festival, when this review was originally written. It’s out in cinemas on Friday, September 27th. On VoD on Monday, January 27th (2020). On Netflix in October.

Homosexuality of nine-year-old begins to flourish as he contends with his dysfunctional household, in lyrical drama based on eponymous novel - in cinemas and also on VoD [Read More...]

A very African France has just won the World Cup, which is great news for a diverse and united Europe. But what about cinema? We reveal some of the Black European filmmakers that you should be looking out for! [Read More...]