Katharine Newbury (Emma Thompson) is a temperamental talkshow host whose ratings are plummeting. She has been on air for nearly three decades, and her delivery has become tedious and repetitive. She takes matters into her own hands in order to avoid being replaced. She meets up with her writers for the very first time ever. She’s so formidable and arrogant that she doesn’t even bother to learn their names and instead calls them by numbers (one to eight). She’s shocked to find out that one of her writers whom she vaguely remembers died in 2013.

The team of writers and entirely male. Katherine decides to instil some freshness by hiring a female for the very first time. Factory worker Molly (Mindy Kaling) – who has no experience with comedy at all – becomes their new “diversity hire”, in a sheer gesture of tokenism. Ironically, Kaling herself wrote the film script herself. A very deft and nifty script, churning out a joke every minute or so – mostly to satisfactory results. 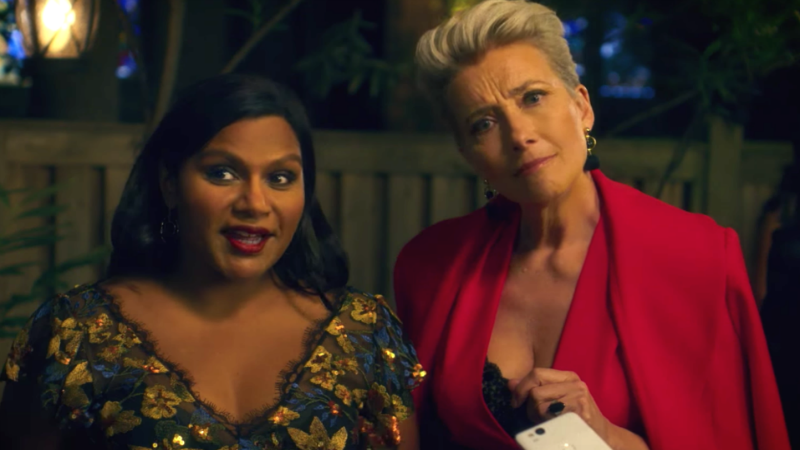 The film title has a double significance. It refers to both the name of the show hosted by Katherine (which looks suspiciously like Late Night with David Letterman) and her age, suggesting that a professional nearing the seventh decade of her life is in her twilight years. Or not.

The film script often touches on sexism in the comedy industry. Women carry the heavy burden of having to excel, to outperform their male counterparts, in order to prove that they were worth hiring. Over and over and over again. All eyes are on Molly. And not just on her performance. Some of her male colleagues want to bed her. The males carry on using the ladies’ toilet even after Molly is hired in order “to have a poo”. That’s because the facilities did not fulfil a purpose prior to Molly’s arrival (because no other woman works there). Slut-shaming becomes a powerful device to humiliate and disqualify women in the final quarter of this 102-minute feature (I can’t tell you more without spoiling the movie for you). 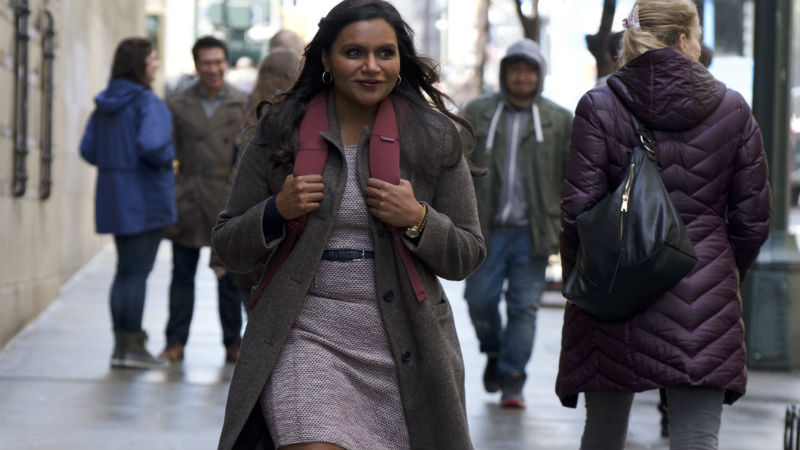 There are also plenty of hilarious jokes and sharp commentary about racism (Molly is Indian), ageism (Katherine is often slammed for being too old) and even about the bizarre and questionable efforts to counter discrimination (such as the “white saviour”). Katherine invites two black men to get into a cab, claiming that she wants to help them. They say that they don’t wish to go anywhere. She cunningly replies: “That doesn’t matter, that’s how white saviours work”, promptly pushing the two people into the car.

Predictably, Molly becomes a very prolific writer, with Katherine and her other seven writers increasingly reliant on her creative output. Yet the relationship between the two women is far from rosy. Catherine is casually cruel and unabashedly unscrupulous. A little bit like Meryl Streep’s Miranda Priestly in The Devil Wears Prada (David Frankel, 2006). Gradually, Katherine’s layers of inviolable confidence begin to collapse one by one, revealing a frail and apprehensive woman grappling with a sexist and ageist industry, plus an ailing husband at home. She finds a very unexpected and scandalous venting outlet for her frustrations, which could precipitate her permanent demise. Thompson is outstanding, adroitly combining dramatic and comedic skills. The ending is rather moving, and I could see a few tears being shed.

Late Night premieres at Sundance London, which is taking place between May 30th and June 2nd. It is on general release on Friday, June 7th.