The inhabitants of the small American town Centerville are experiencing very strange incidents and changes. Farmer Miller’s chickens and cats have vanished. The cows have run into the woods. Days are longer than usual. Television informs the locals that the Earth has suddenly been thrown off its axis due to intensive fracking in the polar region, explaining these and the many more unusual events about to unfold.

A male and a female zombies come out of their grave. They look like rockers after a seven-day binge. The male is played by Iggy Pop (the subject of Jarmusch’s previous film Gimme Danger, from 2016). The ravenous marauding corpses proceed to kill and eat the flesh of two women at the local diner. Officers Cliff Robertson (Bill Murray), Ronnie Peterson (Adam Driver) and Minerva Morrison (Chloë Sevigny) arrive one by one at the “crime scene”, but they do little more than speculate that was done by “one wild animal, or maybe several wild animals”. 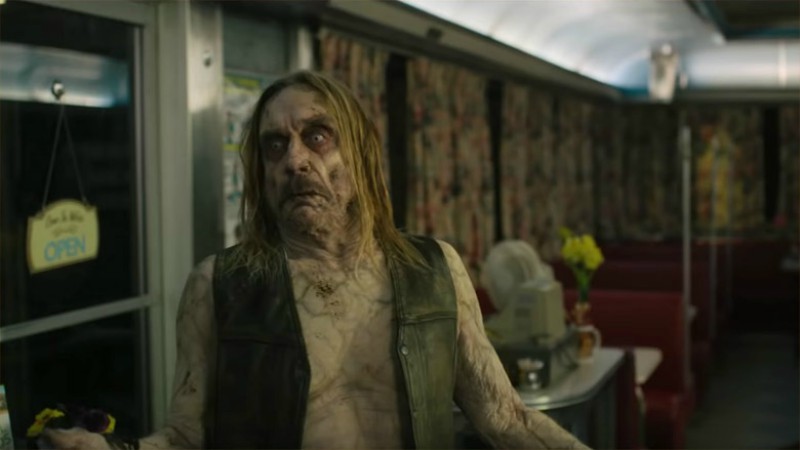 Tilda Swinton plays the eccentric Zelda Winston, who happens to be a funeral, a mortician and also a samurai. The officers describe her as “weird” because she has very strong Scottish accent (this is the character’s accent; Swindon is a Londoner). She’s very skilled with her sword, and she decapitates the many zombies that climb out of their resting place in the second part of the movie. The officers prefer to neutralise the zombies by blowing off their heads with their weapons. The important thing is “to kill the head”, we are told several times in the film. Soot – and not blood – gushes out every time one of the undead loses their head.

The director uses repetition abundantly for comedic purposes. Phrases such as “kill the head” and “one wild animal, maybe several wild animals” are repeated ad infinitum. Sturgill Simpson’s song The Dead Don’t Die (which also lends itself to the film title) is heard several times during the movie, and the characters constantly allude to it. Jim Jarmusch likes repetition, and not just for comic reasons.

The script of The Dead Don’t Die is purposely absurd. The end is magnificently preposterous, with an unlikely family reunion, a UFO and more. There are several references to George Romero, such a lonely car driving a quiet road in the opening sequence (similar to Night of the Living Dead, from 1968). The name of the director is mentioned in the middle of the of the movie. 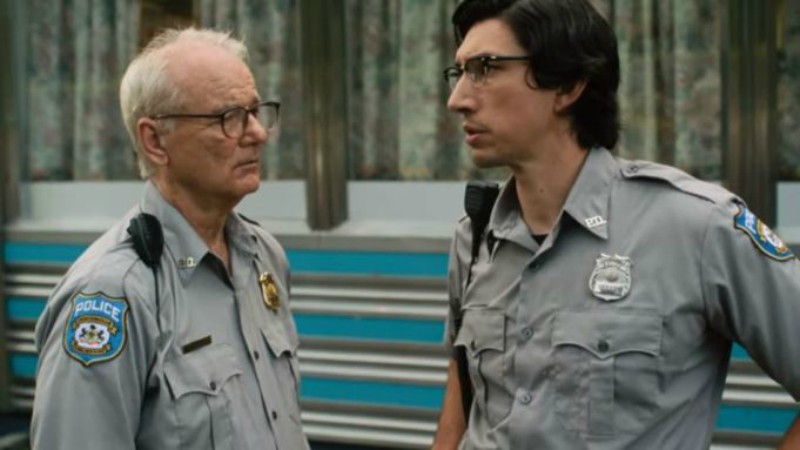 The undead return to life seeking the things to which they were most attached. The constantly mumble: “coffee”, “candy” and “wifi”. Yet don’t expect any profound social connotations, allusions to racism and consumerism. It’s impossible to make such commentary better than Romero did it himself, so how about mocking… the filmmaking process itself? That’s why the characters talk about the creative process itself. Officer Ronnie (Driver) notes “that the film will end badly” because he read it on the script. Bill Murray’s character even discusses his relationship with Jarmusch.

Ultimately, this is not a criticism of capitalism, the American establishment, the American obsession with guns or anything also vaguely political. In reality, The Dead Don’t Die is a film about the futility of cinema. Movie stars are like zombies. They never die. They keep coming back to haunt us film after film.

The Dead Don’t Die premiered in competition at the 72nd Cannes International Film Festival, when this piece was originally written. A refreshing pick from a selection that tends to reject more mainstream genre films. It’s out in cinemas across the UK on Friday, July 12th. On VoD on Monday, November 18th.

Time to wake up! Jim Jarmusch's latest flick is a repetitive and sleepy poem about a bus driver, but sadly the director's distinctive wit and genius are mostly missing. And you may fall asleep during the movie, too. [Read More...]