"Mostly clean movie"
Criminals use ancestral whistling language from the Canary Islands in order to communicate with each other, in extremely jumbled up thriller set between Bucharest and Spain - on Netflix from December

Silbo Gomero is a whistled language used by the inhabitants of La Gomera in the Canary Islands, a community with no more than 20,000 inhabitants. It’s basically a transposition of Spanish from speech to whistling, but it can also be used with sounds from other languages. You stick a finger in your mouth, in a way very similar to wolf-whistling. It enables messages to be exchanged over a distance of up to five kilometres. The centuries-old language is extremely difficult to learn. The Whistlers doesn’t tell you any of this, but it’s useful to know just in case you decide to devout 97 minutes of your life to this film.

This Romanian crime thriller follows the footsteps of Romanian police officer Cristi (veteran actor Vlad Ivanov) as he arrives in La Gomera in order to infiltrate the mafia and recover €30 million concealed inside a mysterious mattress. He gains the trust of Gilda (Catrinel Marlon) and Kiko (Antonio Buil), who teach him the coded language (in Romanian) so that he can communicate efficiently with mobsters from a distance and without being caught. He miraculously learn it virtually overnight (which is very implausible, given the intricacy of the unusual language). Their objective is to release Zsolt (Sabin Tambrea) from prison back in Bucharest, as he’s the only person who knows where said mattress is hidden. 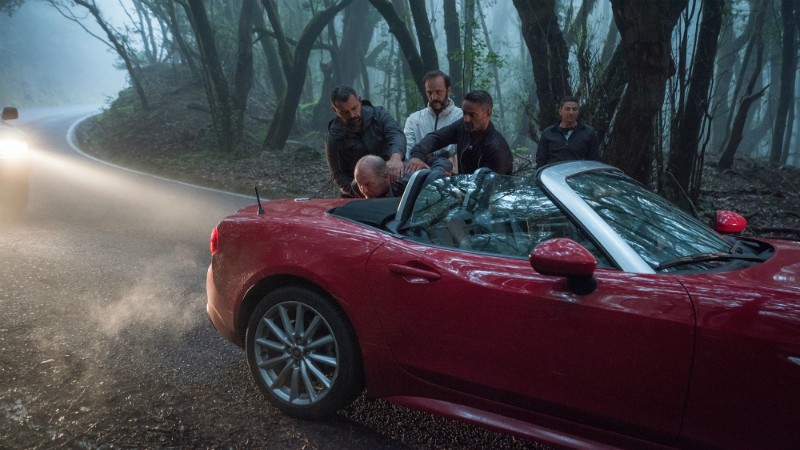 Cristi is overseen by police chief Magda (Rodica Lazar). She has installed surveillance cameras in his apartment so that her team can monitor his activities. She’s profoundly corrupt herself. After all, this is Romania. She’s prepared to plant drugs, to frame and and even poison those who stand on her way. She demands that Cristi engages in her unscrupulous practices, but he refuses. Cristi is the most morally ambiguous character, and for much of the film you will be trying to work out who his allegiance lies with (the corrupt police or the whistling criminals).

Romanian New Wave director Corneliu Porumboiu is best remembered for his more ruminative dramas, such as The Unsaved (2013) and Le Tresor (2015), yet this is not entirely new territory for him. He has previously directed Police, Adjective (2009), about a copper who refuses who to arrest a young man sharing drugs to his friends. The Whistlers, however, is far more violent and fast-faced than his previous films. It contains all the key ingredients of a crime thriller. 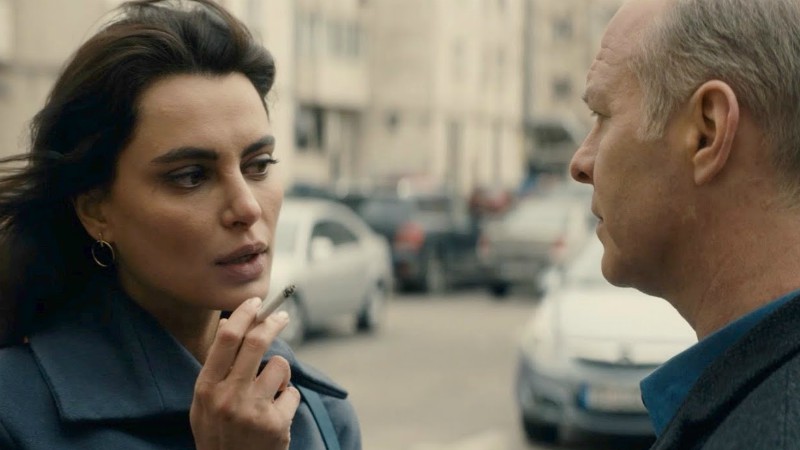 Unfortunately the film narrative is also a real mess. It moves back and forth between the Canary Islands and Spain, with a very bizarre ending in Singapore. It’s often difficult to work out exactly where the action is taking place. The action is roughly divided into chapters named after each one of the characters, yet these sections do not fit in together. In fact, I could only work out the film plot for this review after reading the synopsis. There are numerous twists and turns. Yet no reason and no rhyme. I simply couldn’t make head or tail of it.

The soundtrack is strangely hybrid. It opens up with Iggy Pop’s the Passenger as Cristi arrives on the island, moving on to Chavela Vargas, Maria Callas, classical music and even a quirky German song. I’m not sure how these tunes fit into the narrative. Their choice seems entirely random and idiosyncratic. This is a pretentious and incoherently-crafted piece of entertainment. Porumbuiu should have stuck to his more subtle and meditative dramas. Give it a miss.

The Whistlers showed in competition at the 72nd Cannes International Film Festival, when this piece was originally written. On VoD on Friday, May 8th (2019). On Netflix from December (2020).