"Mostly clean movie"
Young Muslim is lured into radicalisation, waging a solitary jihad against with his own bare hands - the latest film by the Dardenne brothers is on Curzon Home Cinema on Friday, August 7th

The young Ahmed is only 13 years of age. He lives in a small town somewhere in French-speaking Belgium with his family. His local imam has lured him into radicalisation. He diligently prays five times a day. He calls his sister a “slut” and his mother an “alky”. He reprehends them for not wearing a jihab. At school, he refuses to shake his teacher’s hand. That’s because the Qoran teaches that a man should not touch a woman outside his family. Ahmed thinks that he’s no longer a child.

Ahmed is laconic and robotic, his body erect, arms straight and head gently leaning down virtually all the time. His gaze is blank and soulless. He’s been brainwashed. Doctrine defines his every move. His actions are devoid of emotion. Not a scintilla of humanity. His mother, on the other hand, is a moderate Muslim. She feels helpless and despondent, unable to recognise her very own son. She cannot challenge his views because the Qoran forbids him from discussing religious matters with a woman.

One day, Ahmed attempts to kill a hapless middle-aged woman with a knife because she’s an “apostate” (a defector). The 13-year-old thinks that all infidels should be murdered. His imam rebukes him, clarifying that the jihad hasn’t started yet. He persuades Ahmed to tell authorities that his actions were spurred by internet videos, sparing his local mosque from prosecution. He goes into a semi-open juvenile detention centre, and part of his reintegration consists of doing errands at a local farm. This is where a pretty girl kisses him, but Ahmed violently rejects her advances. He tries to convince her to convert to Islam so that they can get married and therefore mitigate their “sin”.

Despite the directors’ efforts to portray not to portray all Muslims as Islamic fundamentalists, this is a film likely to fuel Islamophobia. In fact, this is the second francophone movie this year about the radicalisation of young Muslim people in competition at a leading European film festival (the other one being Andre Techine’s Farewell to the Night, at the Berlinale). The two films are strangely similar. It’s as if Techine and the Dardenne brothers were saying: “Islam is evil and it’s corrupting our youth”. A manna from heaven for the likes of Nigel Farage and Marine Le Pen. 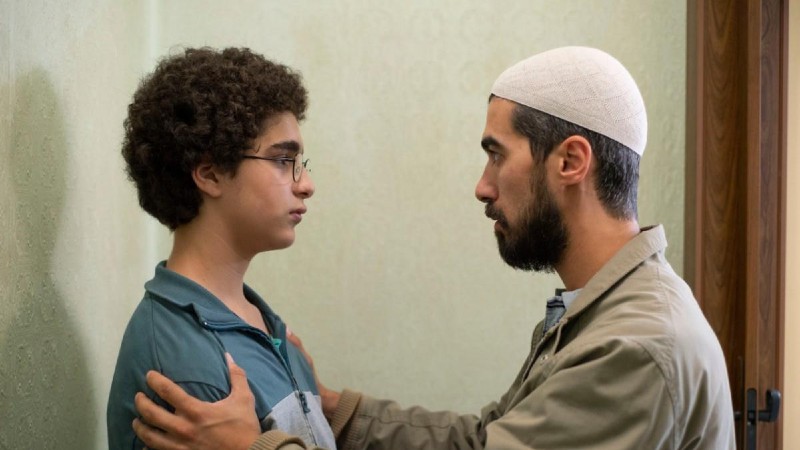 Plus, the handshake sequence comes at a very toxic moment: Denmark is attempting to make such gesture compulsory in public ceremonies, in a sheer attempt to marginalise Muslims. Even the left-leaning Social Democrats support the move. I’m seriously concerned that some European progressives are slowly embracing the racist rhetoric of the far-right.

I am not suggesting that the Dardenne brothers are raging racists. They have previously made films about all sorts of broken families and stolen youth, such as the Palme d’Or winning drama Rosetta (1999). But I think that they need to be more careful about the timing of the topics which they pick. The neo-fascist bigots spreading like wildfire across the continent – and not Islam – are our real enemy.

To boot, this isn’t a particularly impressive film. There’s nothing inventive about it. The camerawork is lacklustre, the script is bland and contrived, the climax is lame, and the acting is just about ok. At just 82 minutes, The Young Ahmed would have benefited from a further quarter of an hour of character development, particularly in the family environment. Plus, the ending is dull and unsatisfying.

The Young Ahmed showed in competition at the 72nd Cannes International Film Festival, when this piece was originally written. It did not deserve to be a part of such prestigious selection. It is out on Curzon Home Cinema on Friday, August 7th.