"Mostly clean movie"
Isabelle Huppert plays an ailing film star who travels to Portugal for a final family reunion before she dies, but the encounter is dogged by resentment, invidiousness, anger and despair - on VoD on Monday, September 20th

Big director: tick. French diva: tick. Top-drawer cast including British, American and Irish actors: tick. A superb location with historical buildings and a breathtaking coast: tick. A huge budget: tick. Frankie has all the ingredients of a large international co-production. However, this is not a surefire recipe for an effective drama. Frankie doesn’t gel together. The outcome is a tedious, partly formulaic and mostly unremarkable movie.

Frankie (Huppert) is a successful film star living in London with her British husband Jimmy (Brendan Gleeson). They have a child each. Frankie’s son Paul (Jeremie Renier) is bitter and greedy, resentful that his mother is going to donate her €3 million flat in Paris to a charitable foundation, leaving him with nothing after she dies. Jimmy’s daughter Sylvia (Vinette Robinson) is becoming increasingly estranged from her husband Ian (Aryion Bakare). They have a teenage daughter called Maya (Sennia Nanua). Frankie and Paul bump into an old friend and colleague from New York called Ilene (Marisa Tomei), who’s travelling with her boyfriend Gary (Greg Kinnear). Gary wants Frankie to star in his next film, unaware that she has but months to live. Frankie has hired a luxurious villa in Sintra, where she hopes that the entire family will meet. All of the action takes place within the course of a single day.

Gradually, dark secrets from the past begin to emerge, such as the reason why Paul begrudges his mother, and why the family split decades earlier. Sylvia reveals that she has been mulling a divorce for a long time. Ian displays his knowledge of UK law, diligently listing the five legal grounds for divorce, and the ways to obtain a decree absolute. Ilene isn’t having the time of her life either, after her boyfriend does something quite unexpected and with dire consequences. 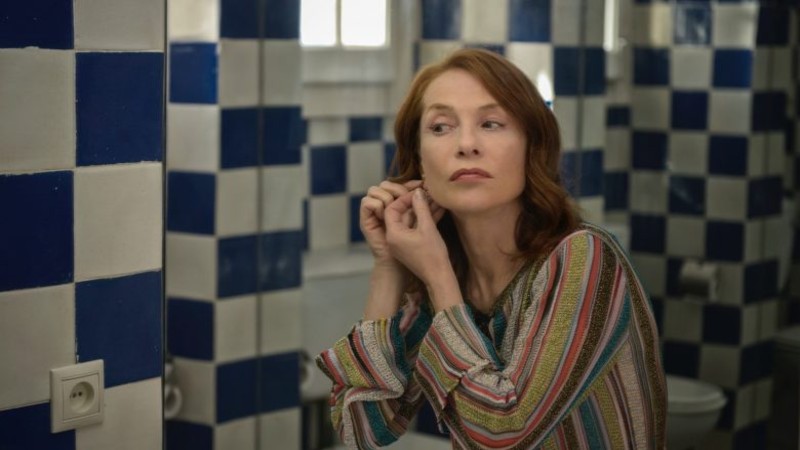 Quaint and historical Sintra and the neighbouring coastal town of Praia das Macas provide the idyllic backdrop to the far less rosy occasion. The characters visit the historical sites, take long strolls along the pebbled streets and misty countryside roads. Maya takes a charming tram to the beach, where she befriends a local. While the shooting locations are indeed stunningly beautiful, the sequences often feel contrived. Like a Visit Portugal publicity stunt. It’s obvious that the regional government poured tons of money into the project. Which is fine. It’s just that Sachs could have been a little more subtle about it.

But the biggest problem with Frankie is that the story lacks vigour and flare. The dialogues feel forced and laborious. Even the film climax – when Frankie opens up about her terminal condition – left me feeling cold. I doubt anyone in the audience shed any tears. Sachs makes quiet and observational films, always keeping a safe distance from his characters. He has often been compared to Eric Rohmer. This time he got the distance wrong, instead alienating viewers. He was probably so preoccupied with boasting his A-list cast and pleasing his Portuguese sponsors that he allowed his firm directorial grip to slip away. Ultimately, I don’t know what Frankie is all about. It’s one of these films that wants to communicate a lot and ends up with very little to say.

Frankie showed in competition at the 72nd Cannes International Film Festival, when this piece was originally written. A very poor choice for the Festival’s main selection. It’s out in cinemas on Friday, May 28th. On VoD on Monday, September 20th (2021).

Isabelle Huppert stars as a prostitute in an affair with a phony writer in psycho-sexual thriller adapted from a novel by British writer James Hadley Chase - live from the Berlinale [Read More...]

Michael Haneke's eagerly anticipated Happy End deconstructs a French bourgeois family living in Calais, in all of their profound hopelessness and despondency; but the director uses old and somewhat trite devices - in cinemas [Read More...]