"Filthy genius movie"
The story of two Brazilian sisters separated by a twist of fate in a country infested with sexist attitudes is one of the finest Brazilian melodramas ever made - in cinemas on Friday, October 15th.

This is as close as you will ever get to a tropical Douglas Sirk. Karim Ainouz’s eighth feature film and the second one to premiere in Cannes (after Madame Sata in 2001) has all the ingredients of a melodrama. The 145-minute movie – based on the eponymous novel by Martha Batalha – is punctuated with tragic relationships, epic misfortunes, fortuitous separations and untimely deaths. All skilfully wrapped together by an entirely instrumental and magnificent music score.

The titular character (Carol Duarte) and her sister Guida Gusmao (Julia Stockler) live with their traditional parents. Their Portuguese father Antonio is rude and formidable, while their Brazilian mother Ana is quiet and passive. The action takes place in the charming and quaint Rio the Janeiro of the 1950s. One day Guida elopes with her Greek boyfriend Yorgos, leaving behind a letter explaining that she loves her family and intends to return a married woman. Instead, she returns single and pregnant, after Yorgos turned out to be “a scoundrel”. Her father does not accept her back into the house because he feels “ashamed”. The submissive mother simply abides by her husband’s decision. “My mother lives in the shadow of her husband”, Guida later clarifies.

The problem is that by the time Guida returns, Euridice has already married a man called Antenor (Gregorio Duvivier) and no longer lives with her parents. Antonio lies to Guida. He tells his daughter that her sister Euridice moved to Vienna in order to study in a conservatory and become a professional pianist. And he never tells Euricide that Guida returned from Greece. As a result, Euridice thinks that Guida is in Greece, while Guida thinks that Euridice is in Austria. In reality, both sisters still live in Rio not far from each other. This is not the first time that Karim Ainouz addresses the desire to traverse the Atlantic, moving from Brazil to Europe. The Brazilian director himself crossed the pond many years ago, having migrated from Brazil to Berlin (where he’s now based). 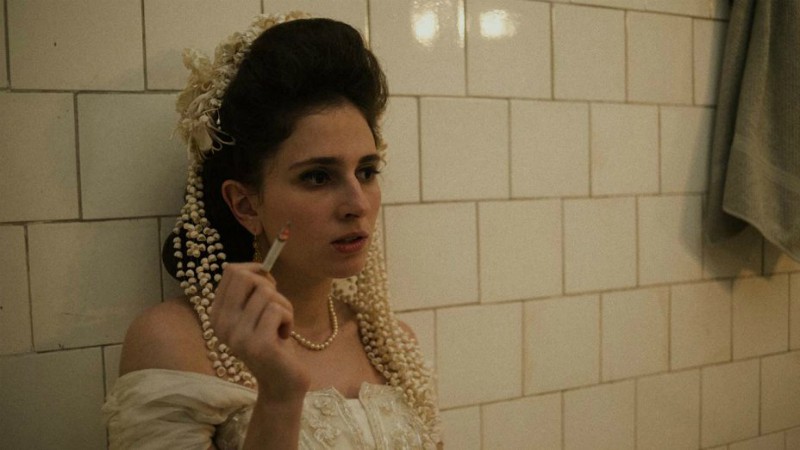 Guida constantly writes to her sister in Austria. Euridice never responds because she is neither in Austria nor aware of the existence of such letters. Guida continues to write anyway in order to keep the memory of her sister alive. These letters eventually become some sort of diary. Their content revs the engine of the narrative. The plot is multi-threaded and complex. It could’ve easily become jumbled up. But not in the skilled hands of Ainouz. The film never gets tedious. Every detail is gingerly handmade. This in an immaculate endeavour of love. A masterpiece.

Guida and Euridice get pregnant in the same year. Neither one wants to keep their baby. Guida regrets her pregnancy because of the disappointment with Yorgos. Euridice mulls an abortion because she wishes to travel to Vienna in order to fulfil her career dream. Both women give birth to a healthy child against their will. Guida finds solace and shelter amongst the black and impoverished communities of suburban Rio. This is a sobering reminder of the sharp racial divide that still defines Brazil. She moves into a shack with an older Black woman called Filomena, who becomes a maternal figure.

This is a film about women forced to make decisions against their will. About the subtle and also the not-so-subtle ways men oppress women. Antonio is a rabid misogynist. Antenor isn’t as overtly sexist, yet he cannot disguise his anger when Euridice wins a piano competition. Both men oppress Euridice in very different yet equally efficient ways. 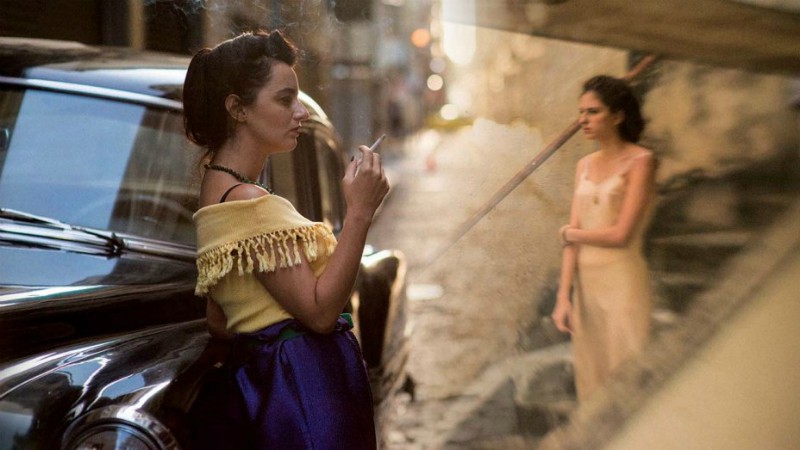 The cinematography is spectacular. Rio de Janeiro is verdant and plush. The skies are lustrous. The interiors are vibrant, with radiant yellow, green and blue walls. The textures are rough and exquisite. Mirrors are used auspiciously and in abundance. The 1950s’ costumes and mise-en-scene are impeccable. The sexual frankness of the movie also deserves credit. Euridice’s awkward nuptial night (when she loses her virginity) is both funny and cringeworthy. The young female is entirely alien to sex. She has never seen a penis is her life. She bursts out laughing when Antenor pulls his pants down, revealing an enormous erect phallus. Her contorted facial expressions during coitus are unforgettable.

Eighty-nine-year-old Brazilian über-actress Fernanda Montenegro (the only person ever to receive an Oscar nomination for a Portuguese-speaking role) plays Euridice at old age, in the last 15 minutes of the film. She has two adult children and several grandchildren. But what happened to Guida? Did the two sisters ever meet again? What about the letters? Were they thrown away? Or did they eventually reach their intended consignee? I can’t answer these questions without spoiling the film for you. You will have to watch it and find out yourselves.

The Invisible Life of Euridice Gusmao showed in the 72nd Cannes International Film Festival, as part of the Certain Regard section, when this review was originally written. It won the Best Film award of said section, a brand new achievement for Brazilian cinema . It received a rapturous standing ovation, and teary faces could be seen everywhere. In a speech in French immediately prior to the screening, the Brazilian director dedicated his movie to Brazilian women, the face of resistance in a country increasingly intolerant (in a indirect reference to the country’s ultra-racist, homophobic and misogynistic president Jair Bolsonaro).

The film premiered in the UK in October 2019, as part of the BFI London and the Cambridge Film Festival.

The Invisible Life of Euridice Gusmao is in our Top 10 dirty movies of 2021.