"Filthy genius movie"
Pedro Almodóvar bares his soul in his most personal movie yet, about an ageing and ailing filmmaker searching for inspiration inside his own frail existence - now available on VoD (on Mubi in June/July)

This is as personal as a film gets without being explicitly autobiographical. Yet this is neither a self-deprecating comedy nor an haughty self-referencing Woody Allen romance. Pain and Glory is much closer to Fellini’s 8 1/2 (1963). This is a nostalgic and astute examination of life of the filmmaker, the perennial search for artistic freshness and the realisation of the limitations of the ageing body. At times it’s sombre and fatalistic. At other times plush and upbeat.

Despite its esoteric topic, this is not a film exclusively for cinephiles and people in the creative industry. While not everyone will relate to some of the most subversive elements of the story (such as the casual heroin-taking sessions), the protagonist’s physical pains and psychological malaises are universal enough for anyone over the age of 30 who’s ever loved to recognise. In the hands of a less skilled director, Pain and Glory would’ve easily slipped into cliches and tedious self-exaltation. With Almodóvar, the self-referencing, the intertextuality and filmic tropes acquire a gentle humanistic touch. 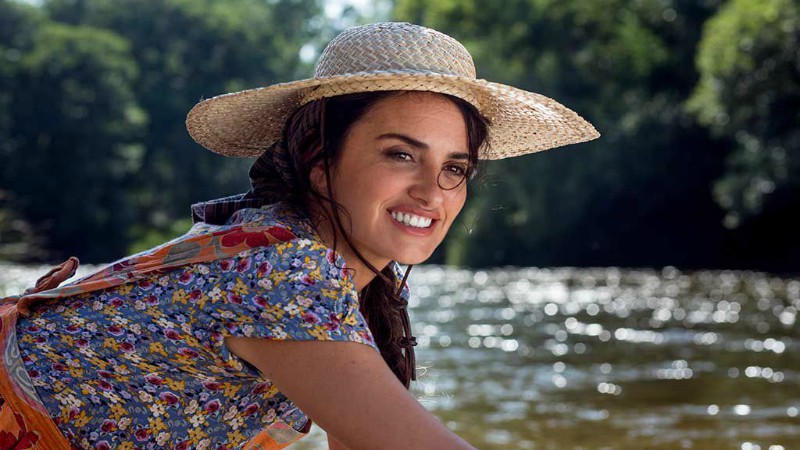 Salvador Mallo (Antonio Banderas) is an ageing filmmaker in Madrid. His biggest hit Sabor is now 32 years old. He is wealthy enough to lead a comfortable life in a luxurious house surrounded by impressive art pieces. Yet the years are taking the toll on his body. He has an enormous scar on his back from a major spinal surgery two years earlier. He constantly chokes, even on pureed food. Worst still, his soul is sick. He has experienced depression, anxiety and panic attacks.

One day the local cinemateque decides to screen Sabor and invites Salvador for a Q&A. Salvador reconnects with the lead actor Alberto Crespo (Asier Etxeandia) and invites him to join him during the debate. He fell out with the actor shortly after the film was finished because he didn’t like his “heavy” performance. Such rejection affected Alberto profoundly. He became addicted to heroin, and his dishevelled appearance suggests that he too isn’t too happy with his life. Salvador decides to “chase the dragon” (take heroin) with Alberto. A soothing remedy to his copious maladies.

As in nearly every single Almodóvar film, the narrative zigzags both in time and throughout Spain. We see a young Salvador dwelling in a cave with his mother (Penelope Cruz) in the quaint Valencian town of Valencia. We learn of an Argentinean lover who moved from Galicia to South America (we don’t see the action outside Spain, as Almodóvar focuses solely on his homeland). And we see present-day Salvador grapple with his health and his creativity in the Spanish capital.

Parallel to Spanish geography, Almodóvar examines the male anatomy. Animated cartoons portray the human body, and repeated visits to the hospital remind viewers that healthcare becomes an integral part of your life once you have gone past a certain age. Then comes the shock revelation: Salvador could have cancer in his throat. Could it be that his body has decided to betray him?

In Pain and Glory, Almodóvar moves away from the heterosexual female world (as in 2016’s Julieta) and lands firmly on homosexual male territory. Yet this is a very subtle movie. Apart from the drug-taking, there are no extravagant antics. No epics death, no glitzy transsexuals and no neurotic females. There’s no steamy sex, either. Just a little nudity and sensuality, as Salvador recalls seeing a naked man for the first time as a child. All riveting and very good taste. I’m not suggesting that Almodóvar earlier and more outrageous films were inferior and bad taste. Instead, I’m noting that the 69-year-old Castilian director has a firm grasp over both subtle and brazen movies.

So, what’s Pain and Glory all about then?

Firstly, this is a film about memory and cognition. Salvador thinks that Alberto’s performance in Sabor has “matured” in the past few decades – despite being printed on film and therefore immutable. This is a filmic twist on Oscar Wilde’s Dorian Gray: the moving image has aged. Of course it’s only the artistic perception that has shifted. But that’s far more significant than what’s on the actual print. It’s the artistic perception that shapes the art piece. 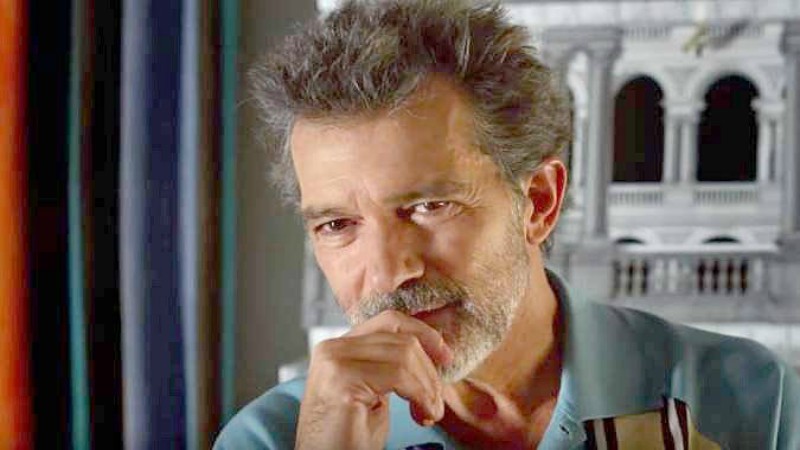 After regaining his trust as an artist, Alberto convinces Salvador to allow him to perform one of his scripts in the local theatre, and to claim the authorship of the script. The play is called Addiction, and it’s about Salvador’s youth lover Federico, who was addicted to heroin. Serendipities define the future. Federico (who now lives in Argentina) fortuitously attend the play and recognises the story. Once again, memory and cognition shape the narrative. Alberto reconstructs, Federico recognises, and the viewer relates as they see fit, thereby foreground the fluid connection between the artist and the audience. This is metalanguage at its finest.

Secondly, Pain and Glory is also a film about letting go. Return and reconciling with the past in order to move on. The maternal figure is a central anchoring device (both at youth and adulthood) – a constant feature in Almodovar’s filmography. Salvador returns and makes amends with the past by using his tremendous creative force. I can’t tell you exactly how he does that without spoiling the film ending. A very unexpected twist in the final sequence lends an entirely new layer of significance to the whole story. A little bit like in Francois Ozon’s Swimming Pool (2003). It all ends up with a gentle and intense newfound joie-de-vivre.

Praise must also go to the music score composed by Academy Award nominee Alberto Iglesias. It deftly combines gloom with melodrama. The vibrant colours of Almodóvar, in the hands of José Luis Alcaine, also deserve an honourable mention. Who else could find life and vigour in a hospital environment, even inside the operating theatre?

Pain and Glory showed in competition at the 72nd Festival de Cannes, when this piece was originally written. Banderas won the Best Actor prize, but Almodovar left empty-handed. In cinemas Friday, August 23rd. On VoD in January 2020. On Mubi in June/July.