"Greasy movie"
Four boys in the Welsh countryside of the 1970s grapple with an unexpected tragedy, and face the premature tensions of adulthood, in a film with strong echoes of Boyz n The Hood - in cinemas Friday, June 7th

The coming-of-age story, especially among young boys in the summer, is always tinged with the prospect of death. Think the dead bodies by the train-tracks in Stand By Me (Rob Reiner, 1986) and Boyz n the Hood (John Singleton, 1991) respectively. These summers are the best of the boy’s lives, yet waiting around the corner is the loss of innocence and the real darkness that all adult lives contain. Last Summer wears these influences on its sleeve, telling another classic tale of one summer that changed everything. Its well-trod territory, yet director Jon Jones finds a slightly different narrative angle that makes the story feel fresh.

Last Summer poignantly represents the tension between childhood and adulthood in its opening scenes. Four boys rush around the idyllic South Welsh countryside in the 1970s, gorgeously lensed in a wide-screen format that captures the endlessness of the blue skies and the sun-dappled grass upon the hills. They ask the 19-year-old Kevin (Steffan Cennydd) to teach them how to fish in a stream with their bare hands. But once the fish is caught, its neck must be broken; Kevin showing the boys how to do it with complete frankness. It’s a neat metaphor for the movie as a whole, showing how quickly unencumbered youthful joy can turn into something much darker, more mature. 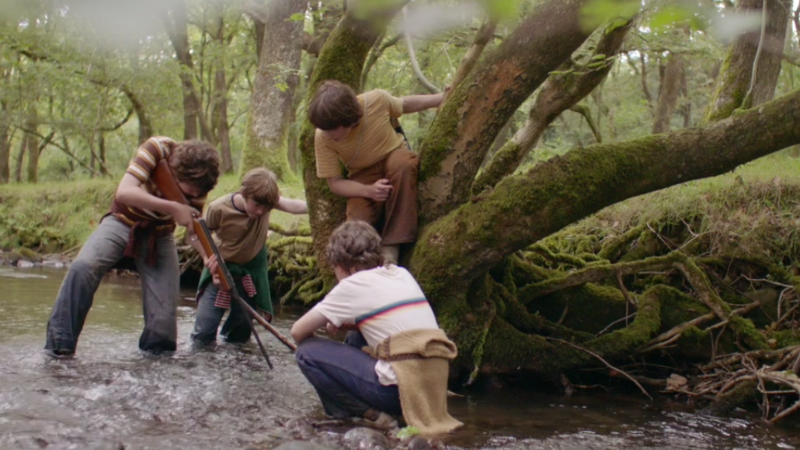 There is a certain breathlessness in these opening scenes, complemented by propulsive editing, handheld camerawork and a sweeping, orchestral score; only making the film’s first shocking violent act — committed, of course, by an adult — that more surprising. While previous coming-of-age films may bask a little longer in naivety before disaster hits, Last Summer establishes its melodramatic intent with a quite literal bang.

Our star is the young Davy (Noa Thomas), who isn’t directly affected by this catastrophic event (which I will not ruin here) but still keenly feels its effects. Parted from his friends (and a cute yet dangerous sheepdog) he spends the rest of the film running up against the sad reality of the adult world. Comparisons to Stand By Me are inevitable (there are even scenes of the boys rushing along abandoned train tracks). Like the adaptation of Stephen King’s classic, there is a strain of melancholy rushing throughout the film; reminding you that the friends you make at childhood can never be replicated in quite the same way. 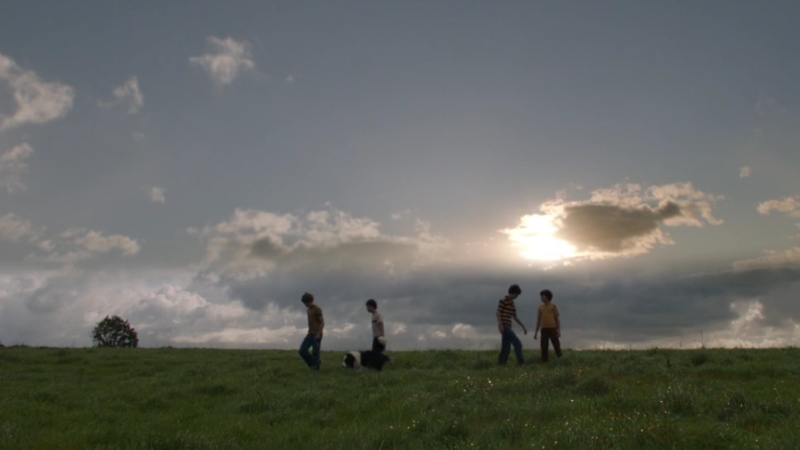 Last Summer acutely captures the difficulty of trying to maintain youthful optimism in the face of tragic disaster, with Davy unable to accept that the way things were will never return again. The success of the film is that he doesn’t express this in quite so eloquent terms, his focus on making sure the dog is safe and wanting to do right by his friends an expression for maintaining a youth that he doesn’t even know has been lost.

While it runs out of steam by the final act, with the same tensions replaying themselves without creating the right sense of forward momentum, the film is lifted by a fine natural performance by central star Noa Thomas and bucolic cinematography that makes South Wales look like one of the beautiful places on earth. This beauty only makes the tragedy stronger, as if to truly stress the beauty of a world now irretrievably lost.

Last Summer is in cinemas on Friday, June 7th.

Filmmaker recreates one of the most shocking and inexplicable crimes of recent times, the murder of James Bulger, and he is neither judgemental nor complacent - extremely controversial British/Irish production receives Oscar nod [Read More...]