"Greasy movie"
A victim of domestic abuse turns into for-hire vigilante, in this satisfying American revenge tale - in cinemas and also on digital HD on Friday, May 31st.

Olivia Wilde’s Sadie is the kind of character entire film franchises and graphic novels could be written about. Donning fake contact lenses, a large wig and copious amounts of concealer, she helps abused women and children break free of their oppressors through calm and collected violence. Hidden behind this steely and at times terrifying exterior is a woman processing her own deep-set trauma, A Vigilante telling the story of a woman reclaiming her life from her own abusive husband one savage beatdown at a time.

This is a revenge-thriller with elevated concerns, really mining the depths of trauma to propel an uneven narrative about the difficulty of moving on and doing something positive with a life that has hit ground zero. Balancing art-house sadness with moments of genuine terror, it’s a frank, morally grey tale that sees Olivia Wilde turning in one of her best ever performances. 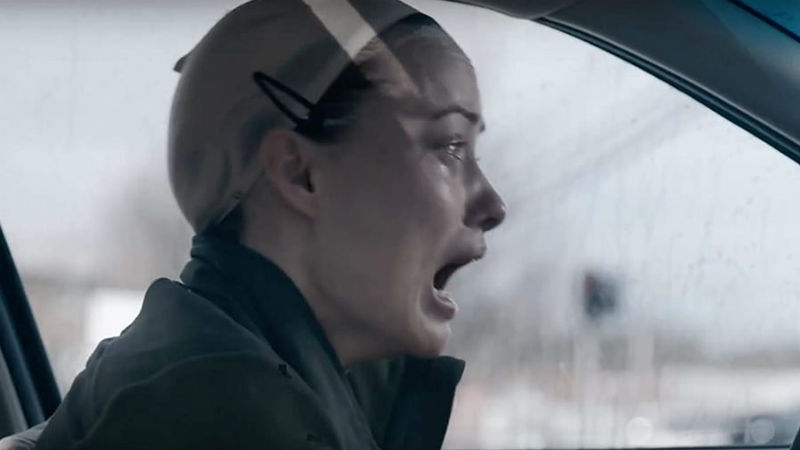 At times the movie threatens to turn into the no-holds-barred b-thriller the title suggests, with Sadie’s abuse the unfortunate spark that sets her on her path to become a vengeful superhero. One scene outside of a bar, seeing Wilde successfully dispatch three lecherous creeps with nothing but her bare hands and some leftover plywood, points to the easy direction A Vigilante could’ve gone in. But director Sarah Daggar-Nickson has something deeper on her mind. These scenes are interspersed with counselling sessions that border on documentary work, allowing women to sit in a circle and bear witness to their horrific abuse. The things that men can do to women are laid out in no uncertain terms, creating moments of genuine, skin-curdling horror.

It’s reminiscent of Lynne Ramsey’s You Were Never Really Here (2017), especially in the way that it takes the domestic revenge drama and repurposes it for its own, more intimate ends. While it may not have the same tightness of control of Ramsey’s electric film, which boasted one of the best performances of Joaquin Phoenix’s career, its loose and open low-budget energy showcases the best of what Olivia Wilde can do. 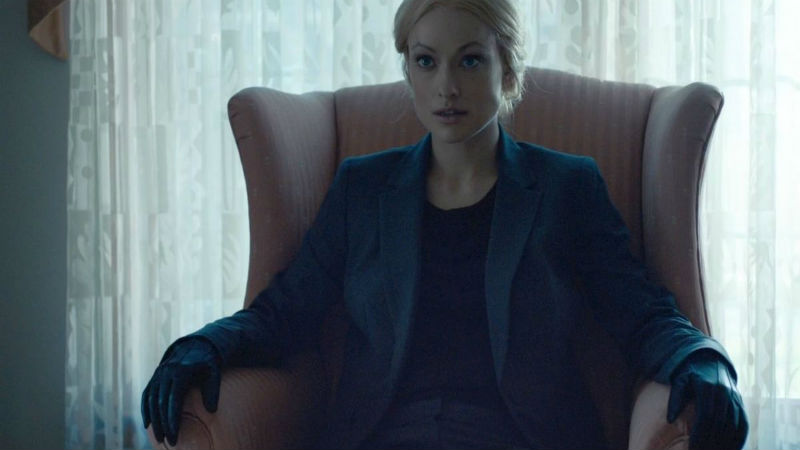 She is in almost every frame of this film, and she injects the role with infectious, nervous energy, skittering between extraordinary resolve and totally open vulnerability. In one scene she dances in her bedroom to a Yeah Yeah Yeahs song, A Vigilante making sure to express her personality first; making her much more than just a victim. After seeing her go-off-the-rails (and not in a a good way) in the disastrous Life Itself (Dan Fogelman, 2018), it’s refreshing to see Wilde back on the right track.

It’s a disappointment then, that the final scenes (mild spoilers) circle around a clichéd MacGuffin involving a large life insurance payout, unwisely suggesting that mere money is enough to allow one to move on from terrifying trauma. Perhaps it makes sense given the nowhere American locale this film occupies, a place of deadbeat bars, truck stops and personality-less offices; yet both Wilde and her character deserve better than this.

After subverting and playing with tropes so effectively, A Vigilante can’t quite stick the landing in a way that feels appropriate to what its character has gone through. Nonetheless, it’s worth watching for Wilde’s performance, a crackerjack box of unguarded emotion that sets the actor back on the right (and righteous) path.

A Vigilante is in cinemas and also on digital HD on Friday, May 31st.