"Dirty gem"
Till death do us part? Daughter of a man on death row falls in love with a female campaigning for the death penalty, in British-American romance starring Kate Mara and Ellen Page at the top of their game - on VoD on Monday, August 5th

Mercy (Kate Mara) is a woman unwilling to offer her own mercy to the criminal who killed her father’s police partner. Across from her, Lucy (Ellen Page) fights for the innocence of her incarcerated father, convinced that he did not end her mother’s life. They meet in a line of picketing protests, where flirtations quickly make way for more romantic endeavours.

This is a profoundly romantic movie also dealing with the impact of grief on our daily lives. Fittingly for a subject on death, it concerns itself on the living and how people live in the face of their mortality. The interchanging lines on the death penalty is strangely hushed at points, Tim Robbins’s Dead Man Walking (1995) dealt with the subject more abjectly and thoroughly. 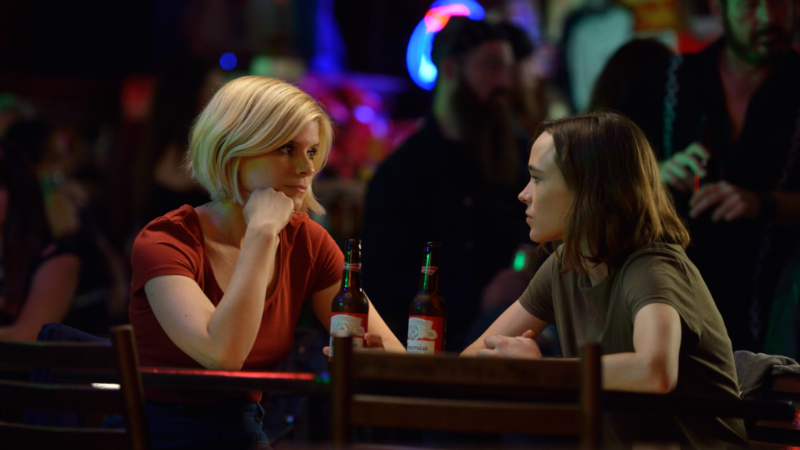 The outstanding leads present us with tender exchanges, intense moments and movements. The ever youthful Page presents herself as a stilted 22-year-old, fearful of the life she will lead without either parent to guide her, while Mara offers a career-best performance, and nuances she’s rarely shown in past projects where her remarkable good looks have been the focal point. Political and societal factors cleverly update the tensions felt by two families in an age where gay marriage is a common milestone.

Mercy is free-spirited, headstrong and highly strung, a presence Lucy limns in her daily life, where her family frets over the innocence their father exhibits. Through the escapism of love, Lucy and Mercy find in each other a partnership that exists beyond the polemic. Shalom Ezer depicts sex with decorous flair, coitus with ornamental detail, demonstrating the instinctive, natural and constant chemistry the two women share. Co-producers and real life friends, Mara and Page sizzle with that zest and excitement a mutual attraction solicits. 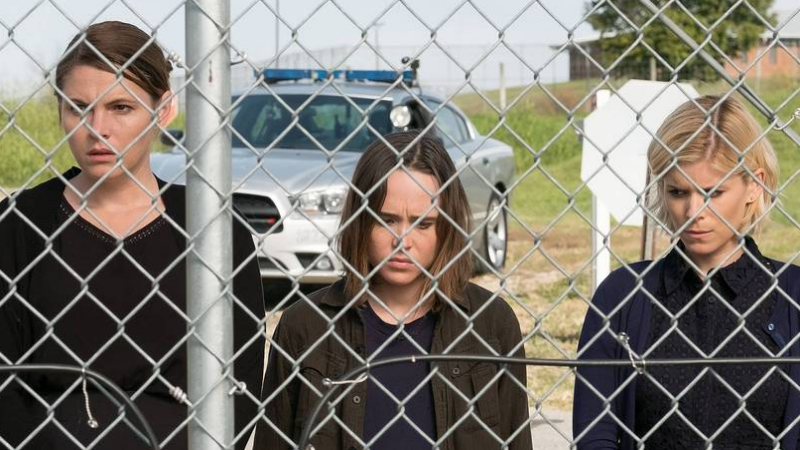 While the script is a bit unimaginative at points, the jokes a little lame (Lucy, while meeting with her pro-bono lawyer, makes a very tiringly obvious “pro-boning” remark), and the politics regarding the death penalty frustratingly vague (the film refuses to give an opinion over a punishment which has fervent advocates on both sides), My Days Of Mercy is still delightfully romantic, gorgeous in the chemistry between the two unlikely lovers.

My Days of Mercy is out in UK cinemas and also on digital HD on Friday, May 17th. On VoD on Monday, August 5th.

Desire Will Set You Free

Meander through the colourful and hedonistic queer scene of Berlin populated with exotic characters and manifold sexualities, in this new LGBT flick at the East End Film Festival in London [Read More...]