"Filthy genius movie"
Redmond Bacon argues that the British comedy is a prescient denunciation of populism and the "blithering idiots" leading the world - 40th anniversary reedition of the classic is in cinemas Thursday, April 18th

This is not a satire of Jesus Christ at all. The director’s intention is evident from near the start of the movie, with Christ himself sermonising on the Mount while people far in the distance misinterpret “blessed are the meek” as “blessed are the cheesemakers”. It uses its classic Judeo-Roman setting, the home of countless swords-and-sandals epics, to tell the inversion of Jesus’s tale: an Everyman who involuntarily ascends to the heights of the messiah.

Jesus Christ’s biggest problem was not being believed in. Brian’s problem is that everyone believes in him for no good reason. In The Crowd is Untruth, a famous tome about the importance of individualism, Søren Kierkegaard writes of Christ that he was “crucified, because he, even though he addressed himself to all, would not have to do with the crowd.” On the other hand, Brian grows in notoriety despite only wanting to be another face in the crowd. But it is his own modest ambition that turns out to be his greatest fault, leading to his own crucifixion. 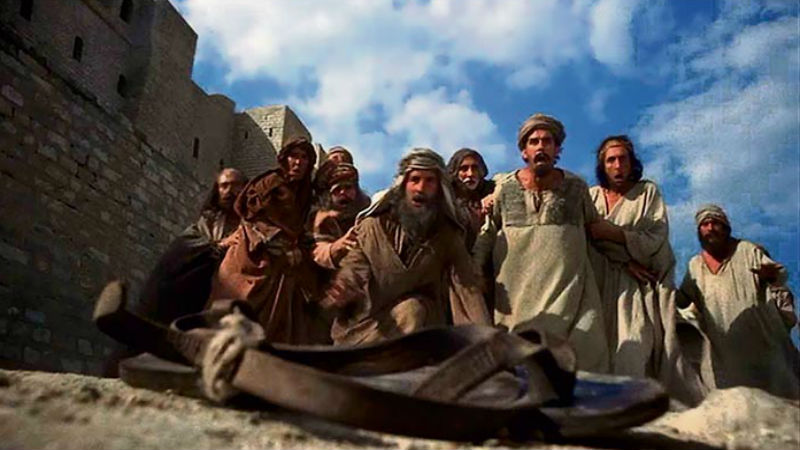 He has vague anti-Roman leanings. All the Jews in this film hate the Romans. After all, what have they ever done for them, apart from sanitation, medicine, education, wine, public order, irrigation, roads, a fresh water system, public health and peace? On the run from soldiers, he tries to blend in with various preachers and fortune tellers, repeating a few lines that he overheard from the Messiah himself. Then to his complete bemusement, he finds himself confronted with a vast public following, who believe, no matter what he says, that he will lead them to their salvation.

When it was released, Terry Jones’s classic was widely seen as a no-hold satire of organised religion. Nowadays, The Life of Brian feels more like a prophecy of populism, and the ways even the most unqualified of people can command the attention of vast swathes of people they don’t even seem to respect. No matter what Brian does, he cannot shake the crowds who follow him. Famously, when he tells them to “fuck off”, one member replies: “How shall we fuck off oh lord?” It’s not dissimilar to populist leaders being able to get away with all kinds of profanities, their very unsavoury nature only increasing their likeability. It’s completely hilarious, but its humour endlessly reveals bitter truths about the infinity of ways people can be so easily misled.

Life of Brian nails the sheer stupidity of the crowd in never-bettered fashion. It is the quintessential British film, presciently capturing the current political crisis with utter clarity. Now the most blithering idiots can land on daily television telling complete lies and still be treated by the press like they have something valuable to say. Elsewhere in the world non-professional politicians — shady businessmen and popular comedians — enter political races and even win, despite having no idea what they are talking about. In a world seemingly without direction, the crowd will end up believing anything. Thus instead of being a blasphemous film, it suggests in a very Christian-like way that we all need salvation from ourselves. 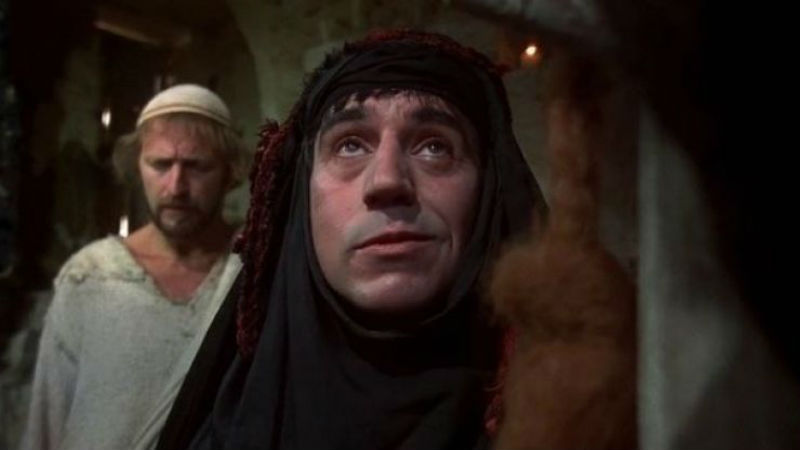 To ramp up the absurdity of the crowd, the Monty Python troupe alternate between different speaking roles, giving us the feel of an anything-goes sketch show — which makes sense considering Monty Python started as a TV show. After all, this is a film better remembered for its endlessly great sketches than its overarching plot. Yet hidden behind it all is a complete distrust and perhaps even haughty contempt towards the stupidity of the crowd. This a common theme in Monty Python and its alumni’s work — stretching from the feudal satire of The Holy Grail (Terry Gilliam and Terry Jones, 1975) to the devastating dystopian vision of Terry Gilliam’s Brazil (1985).

Life of Brian still feels the most timeless of the Monty Python movies. By basing its satire in the world of the most widely told story of all time, it presents stupidity as something as an eternal, un-destroyable, human condition. It doesn’t matter what the Romans do for us, or that Jesus (himself misunderstood by the crowd) never mentioned borders, or that Brian doesn’t know what he’s talking about: once the people make their decision there is simply no going back. The only thing you can do is look on the bright side of life and laugh…

The 40th anniversary reedition of Monty Python’s Life of Brian is out in cinemas on Thursday, April 18th (just before Good Friday).

Let There Be Light

Proselytising piece of evangelical propaganda demonises Islam and atheists, in addition to being extremely poorly crafted - stay away from cinemas this Good Friday [Read More...]