A Deal With The Universe

"Mostly clean movie"
After his partner has a breast removed because of cancer, a trans man decides to become pregnant with their baby and documents his attempts to do so as a video diary - in cinemas from Friday, April 12th, and on VoD on Monday, April 15th

The filmmaker asks his mum what his name is. “It’s J”, she replies. “J for what?”, he asks. “J for Jason”, she says sheepishly like a child to a teacher, knowing she should have got the answer right first time.

Despite its momentous title, this is quite a low key affair. There’s an argument that suggests that home movies are the purest form of cinema, bereft as they are of the industrial trappings of sophisticated moving image making. Conversely, in recent years, increasingly sophisticated technology for the consumer market has meant that many people can make and indeed edit films about their own lives as personal mementos. Whether such films should be turned into professional features is a whole other question.

This film started life as a personal diary to record a pregnancy and a couple’s impending parenthood. With a twist. Tracey and Jason had been together for some time, a woman and a trans man, when they learned that Tracey couldn’t have kids. 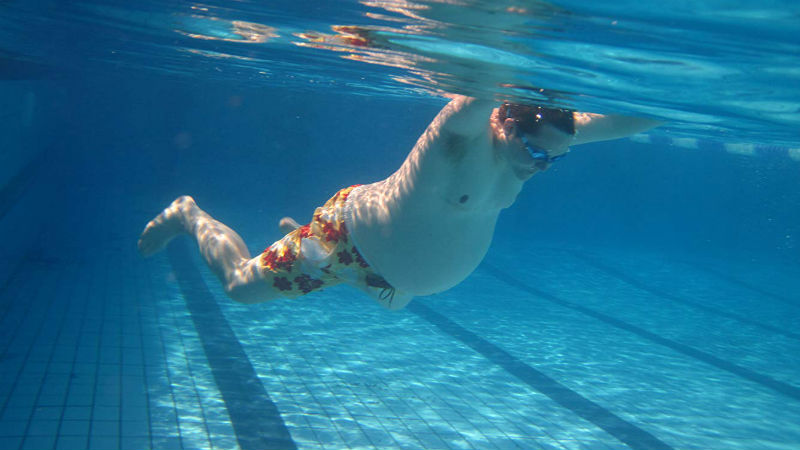 Jason had been taking testosterone since 2000 in order to transition from female to male. He halted the process in order to fertilise a human egg in his own body then transfer it to Tracey’s womb. At least, that was the plan. It didn’t work out that way, though; she was diagnosed with breast cancer and had a mastectomy. Then Jason realised his own body could carry the child through to its birth. However, try as he might, Jason couldn’t get pregnant over numerous attempts. Then he had a miscarriage. Finally, after more than 30 attempts, the pregnancy took.

Although some big moving image taboos are being broken, to the film’s credit it doesn’t feel like that when you’re watching. We’re not used to seeing women post-mastectomy or men in the process of gender transition on a movie screen. Both Tracey and Jason are very relaxed in front of the camera. Tracey shows off her chest both before (two breasts) and after (one breast and a scar) surgery. Jason, when he finally gets pregnant, frolics underwater in the local swimming pool. I certainly can’t recall another documentary where a man is shown getting pregnant.

Anyone who’s ever tried to have kids successfully or otherwise knows it’s a journey fraught with all manner of possible setbacks and disasters. For some couples, everything goes right first time; for others, not so much. This more universal aspect of the subject matter may help open the film up to a wider audience. That’s also true of the mastectomy material which is very well handled. 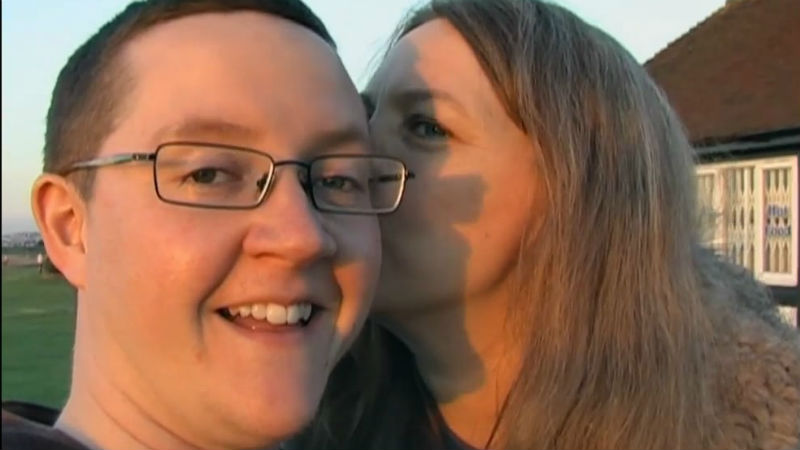 The couple look like very ordinary people and you can’t but help feel for them in their plight. Jason is motivated to show a trans person in the context of a stable, loving relationship as not vastly different from the his fellow human beings, a goal he accomplishes admirably.

However, while its subject matter is compelling and its autobiographical human subjects congenial enough, the origins of the project and its filmic form let it down. Whatever merits the home movie format possesses ultimately become the film’s weakness. It just doesn’t quite know how to break out of its home movie roots.

The perfunctory editing into a readily digestible narrative frequently allows what should be a thoroughly compelling story to slide into the merely banal. Perhaps stretching the material into a feature at just under 90 minutes was a mistake: parts of it feel way too thin. The best bits are impressive enough but too much padding elsewhere lets the whole thing down.

A Deal With The Universe is out in the UK on Friday, April 12th, and on VoD the following Monday! Watch the film trailer below:

No transface, no clichés and no caricature! Superb Chilean drama about a trans woman facing the bereavement of her lover and an outpouring of problems associated is on VoD - plus chat to the director Sebastian Lelio on Sunday, July 12th [Read More...]