"Dirty gem"
Kristen Stewart plays JT LeRoy's stand-in Savannah Knoop in film based on the latter's memoirs, adding yet another elusive layer of truth to the elaborate literary hoax saga - in cinemas and also on VoD

T/dropcap]here are at least two ways you can express yourself. You can express yourself through your words and you can express yourself through your body. JT LeRoy expressed himself through the words of Laura Albert and the body of her sister-in-law Savannah Knoop. His readers were blithely unaware that they were being doubly cheated. Firstly, they were cheated because JT was a girl pretending to impersonate a boy, donning a wig and huge sunglasses in order to conceal her real gender. Secondly, because Savannah did not write the three books for which JT LeRoy became famous. Laura concocted the entire predicament of the “teenage boy” and his experiences of poverty, drug use, and emotional and sexual abuse. Does it sound complicated? Well, it is complicated. Oscar Wilde explains it in the film opening: “the truth is rarely pure and never simple”.

Laura and and Savannah (played here by Laura Dern and Kristen Stewart, respectively) tricked everyone. Famous fans of the “teenage boy” included Gus Van Sant, Madonna, Winona Ryder, Carrie Fisher, Bono Vox and Courtney Love. Madonna sent LeRoy a Kaballah book. Courtney Love (playing herself) met LeRoy and was genuinely impressed by the shy and introspective “boy”. Until his real identity is revealed at the end of the film. “What the fuck???”, cries out a shocked Love. 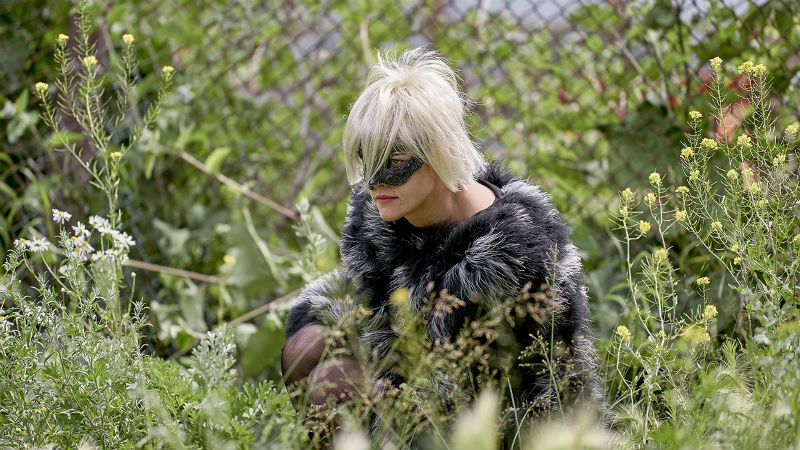 The film starts in 2001 when Savannah was first asked to cross-dress and stand in for the mysterious male writer. Eventually, she fully embodied the character, which she continued to do for six years. To the point that Laura told her: “JT now belongs to both of us, not just me!”. Savannah – who had a boyfriend who knew of the entire ordeal – starts a relationship with an actress called Eva Avalon (who’s in reality a fictitious “stand-in” for Asia Argento, played here by Diane Kruger). Savannah and Eva have sex, but it’s not entirely clear whether Eva immediately realised that “JT” was a female. Savannah eventually tells her boyfriend: “I fucked Eva”. Maybe she penetrated Eva with a fake penis – very much à la Boys Don’t Cry (Kimberley Peirce, 2000). But of course “fucking” isn’t confined to penetration. Maybe she “fucked” Eva in a different way. It’s up to you to imagine the details. And to decide whether such sexual interaction did indeed take place in real life with Asia Argento.

JT LeRoy is based on Savannah Knoop’s memoirs Girl Boy Girl: How I Became JT LeRoy. The very existence of this film and of this book add two more layers of complexity to the JT LeRoy saga. How much did Savannah make up in her literary piece? And how much is a figment of Justin Kelly’s (the film director) imagination? We might never find out. This is why JT LeRoy is a very intelligent and witty film. It refuses to conform to the established orthodoxy of truth. 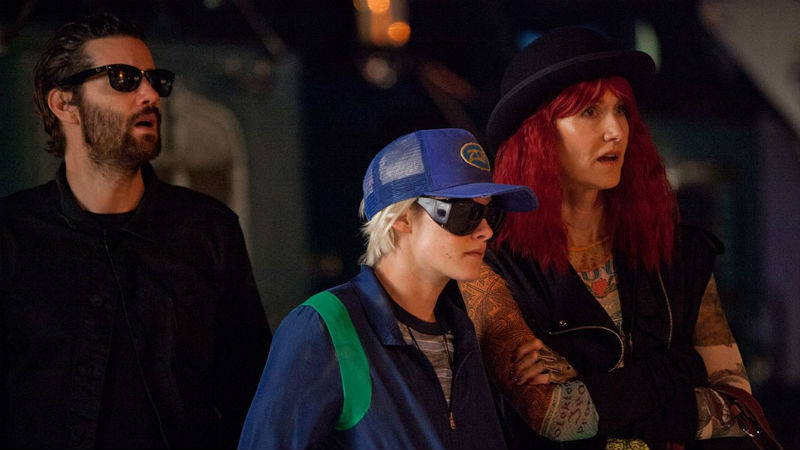 The choice to cast Kristen Stewart in the main role was not gratuitous. The American model-turned-actress – just like Savannah – is bisexual. Plus, Stewart is extremely familiar with the perks and the pitfalls of celebrity life, including the awkward moments at press conferences (Savannah/JT often has to fend off very intrusive questions about her biological gender).

Ultimately, JT LeRoy is a finely acted and crafted study of the relationship between artistry and identity. It raises moral and ethical questions: to what extent is one allowed to remould their sense of self? I have the answer for you: there is no limit. Laura and Savannah did nothing wrong. They are not a literary forgers, unlike Lee Israel (who adulterated material created by other people). Instead, they conceived a clever ruse. Character appropriation is in the very essence of literature and film. Cinema is all about wearing someone else’s shoes. This is the testament that human sensibility is indeed universal.

JT LeRoy was the closing gala film at BFI Flare, when this piece was originally written. It’s out in cinemas across the UK on Friday, August 16th. On VoD the following Monday.

The author who never was: meet the multiple aliases of author Laura Albert and her literary persona JT LeRoy. By the end of this documentary, you will be even more befuddled by her (or his?) real identity [Read More...]

This very unusual French ghost movie is a kaleidoscope of genres, references and nationalities, hardly comparable to anything you've seen before - on Disney + UK on Friday, July 22nd; also available on other platforms [Read More...]

One thought on “JT LeRoy”