"Mostly clean movie"
Explore the romantic and sexual pleasures of water, in this documentary about "ecosexuality" (literally, making love to the Earth) - from BFI Flare

The outcome is far less hardcore than Sprinkle’s early performances. Alongside her wife and co-director Beth Stephens, the 65-year-old artist travels around her native California talking to various people, always questioning the significance of H2O in our lives. Their vehicle is aptly named the E.A.R.T.H. mobile unit, and they are accompanied by their dog Butch (who encounters a tragic fate towards the end of the film). This is a very lighthearted, lyrical and personal approach to documentary-making. 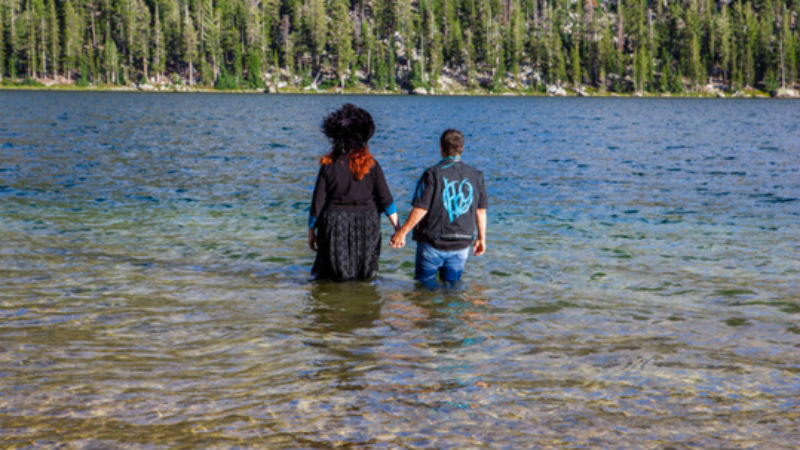 Annie and Beth interact with artists, intellectual, scientists, water treatment experts and others. They deep-dive into their subject, quite literally. The two women visit Annie’s family house swimming pool, where she gave the very first blow job ever. Annie claims that she is an “aquaphilic” (even her surname “Sprinkle” is a reference to water). There are 250,000 pools in Los Angeles alone, we are told. They also visit a seal colony, where Annie communicates with the animals: “Do the plastic bottles on the water bother you?”, she asks the attentive mammals. 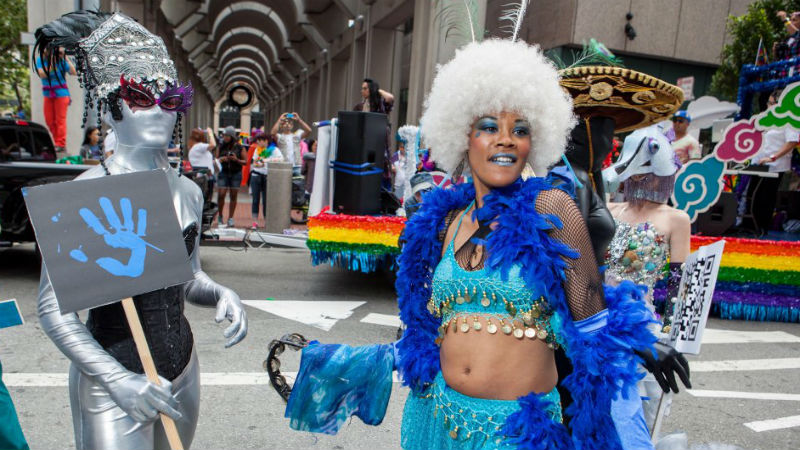 All in all, Water Makes Us Wet is still refreshing enough to watch. Just don’t expect too much depth. Annie Sprinkle is very effective is a subversive performance artist, but she isn’t as skilled as a road movie documentarist (Annie is no Agnes Varda).

Water Makes Us Wet shows as part of BFI Flare, taking place in London between March 21st and 31st.