Being Frank: The Chris Sievey Story

"Greasy movie"
Documentary investigates how creative artist with multiple skills got trapped inside his papier-mache-headed character - in cinemas Friday, March 29th and then on VoD on Monday, April 1st

How does it feel to be trapped inside the body of a character of your own creation? This question has haunted many artists. Daniel-Day Lewis refused to leave the wheelchair after playing the protagonist of My Left Foot (Jim Sheridan, 1989). Heath Ledger locked himself up in his flat for a month after playing The Joker in The Dark Knight (Christopher Nolan, 2008). And Anthony Perkins required psychological support after failing to break character, having played Norman Bates in various films. Chris Sievey’s case, however, adds an entire new dimension to such tragic predicament. He was literally entrapped inside a huge expressionless papier mache head that he created himself for his character Frank Sidebottom. 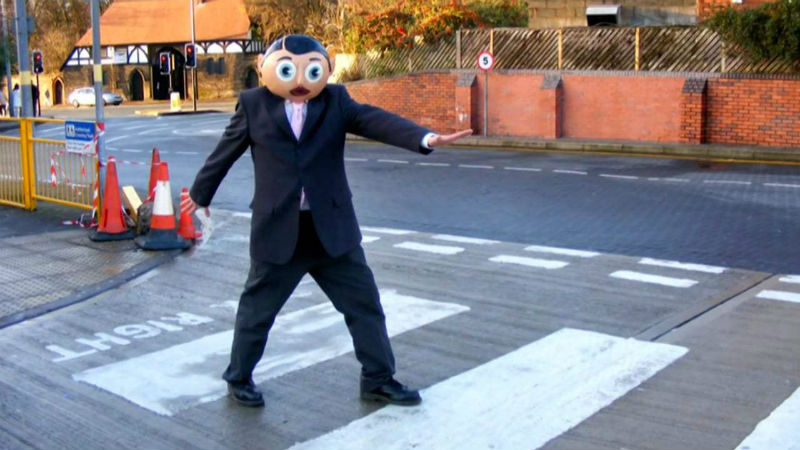 This amusing doc investigates follows the English musician and comedian from his early days fronting the punk band The Freshies all the way to his death to cancer in 2010. The music group encountered moderate success. Sievey also experimented with pretty much any media that came his way: painting, drawing, video, etc. But it was the watermelon-sized headed Frank Sidebottom that catapulted him to fame, making Sievey a recognised cult artist.

Through a combination of never-seen-before footage (mostly from Chris’s own personal archives) and talking heads interviews with friends and family members, we learn that Frank Sidebottom began to consume Chris Sievey, and to take over. Unbeknownst to the majority of their fans, the two men in the film title – a real person and a character concocted by this person – were constantly battling against each other. A typical case of split personality. Chris grew increasingly frustrated that he could not showcase his other talents. He thrived on creativity. It was both ironic and paradoxical that one of his own creations would become his handicap. He gave up music. He became a tragic artist. His marriage failed and he hit the bottle. He alienated his three children (one of them recalls having to look after his very intoxicated father, at the age of just nine). His extroverted personality switched into reclusive mode. 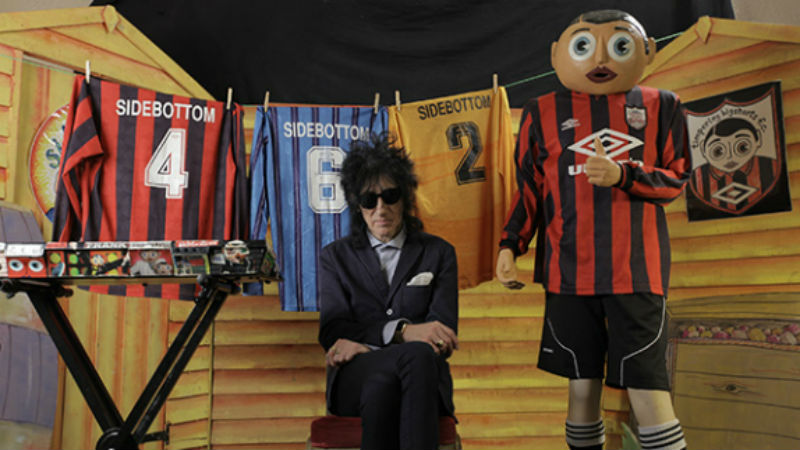 Frank Sidebottom blended the nonsensical with self-deprecation. He took tourists on a tour of his native town of Timperley (near Manchester), a place with no real attractions. The pointlessness of the tour was the real selling point. He threw beer on his papier mache mouth (despite being unable to drink it). He made absurd songs about tax (“tax sucks”) and about becoming famous once he’s dead (upon finding out he had cancer).

Being Frank: the Chris Sievey Story is interesting enough for nostalgic fans, but it’s unlikely to convert any new admirers. A lot of people in the audience laughed throughout, but I didn’t find the character neither amusing nor moving. I just found Frank creepy and eerie. Plus, I wish the film had investigated his legacy in more detail. Who has he influenced? How did he change the world of comedy?

The documentary is out in cinemas across the UK on Friday, March 29th, and then on VoD on Monday, April 1st,

We all go a little MAD sometimes! The frontman of the colorful Camden Town act Madness isn't just a joy to listen to; his life story is also a real pleasure to watch - on Sky Cinema and NOW on Saturday, August 14th [Read More...]