"Dirty gem"
Three young men find a healing tool in skateboarding for their dysfunctional family lives - documentary set in Illinois is out in cinemas Friday, March 22nd, and on VoD on Monday, March 25th

If the concept of a film shot over 12 years will bring to mind the lackadaisical atmosphere of Boyhood (Richard Linklater, 2014), then don’t fear, Minding The Gap has far more purpose than the novelty of watching people grow up before you. Debut director Bing Liu is mining the life and adolescences of his best friends, to interrogate domestic abuse and notions of masculinity.

“I want to make a montage”, says 17-year-old Liu, setting off a trajectory that will find him drawing a cine-memoir from the footage he’s shot of his skater pals throughout his youth, and returning to his hometown of Rockford, Illinois to watch them become men. In telling their story, he helps his friends, family, and himself to come to terms with the abuse they have suffered and how close they might be coming to repeating that cycle. This would make for a depressing watch if they weren’t such entertaining subjects. The charismatic Zack is what would happen if Peter Fonda got really into NOFX, while the gangly Keire bottles his emotions up, but tries his hardest. 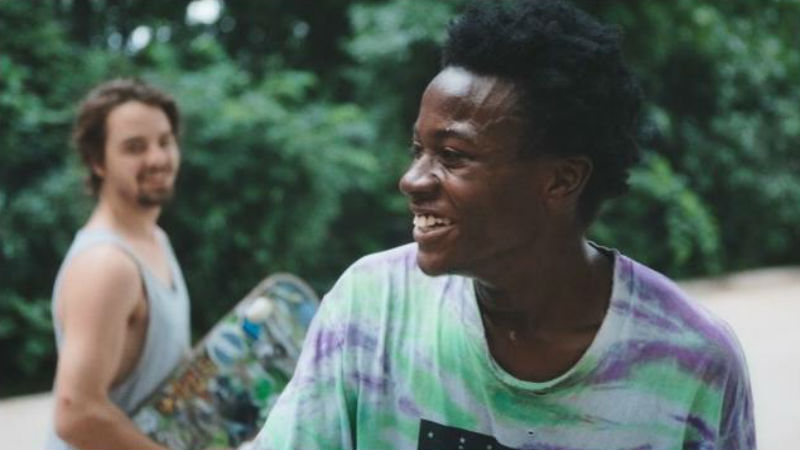 Liu is a pupil of Steve James, and you can see the great Chicagoan documentarian’s influence throughout Minding the Gap’s patience and controlled inquisitiveness. Liu is a visual director who uses suggestive cinematography to convey a year’s worth of information about his subject in a single shot, or a choice sound clip. Minding the Gap depicts the town of Rockford with the wholesomeness of community and the grit of what occurs behind closed doors.

The fluid camera understands the movement of the board – in a way that Jonah Hill’s Mid90s (2019) doesn’t even try to, Hill sees boarding as a lifestyle choice, not as a spiritual experience. Rather, the picking of choice moments will recall the superlative Hale County This Morning, This Evening (Ramelle Ross, 2018). If Ross is an outsider, then Liu sees his (smaller) cast from deep within, resulting in a film of focused poetry. 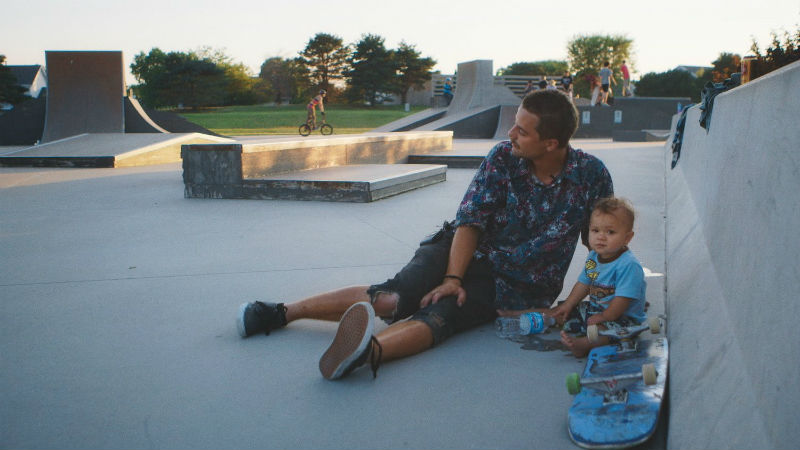 He also grants them the respect to tell their own stories, to give everyone a chance to speak. They recount their experiences in their own words, including Liu’s mother, who just wants him to forget the past and move on with his life. These words are often juxtaposed with Liu’s already entrenched eye. When he interviews his mother he strips back that level of filmmaking artifice by showing the full film crew preparing. Acknowledgement of the element of artificiality heightens the authenticity of the overall project.

It’s interesting that the fathers, the abusers, are, through time or whatever else, absent. But Liu can already see Zack turning into his old man, and so he becomes the central focus of the film as Liu tries to get through to him. In confronting this head on, Liu doesn’t shy away from the complexity of an abusive relationship; how dependant, even nostalgic it can be. No, Minding the Gap is an incredibly brave film, that might cause us all to examine our scars to see how we might become better.

Minding the Gap is out in cinemas across the UK on Friday, March 22nd, and on VoD the following Monday.

Hale County This Morning, This Evening

Too cool for school? Jonah Hill's directorial debut about skater boys tries to be fashionable and funny about the titular years; the outcome is only partly effective - now available on VoD [Read More...]

A fiery mixture of skateboarders, homosexuality and illegal blood trade is the promising feat of this Mexican film; sadly it fails to gel together [Read More...]