It’s 1994, it’s summertime and it’s hot in Edlington. The small town in South Yorkshire is sizzling with adolescent love and angst. Trevor (Tom Varey) likes to spend time at the Decoy Ponds calmly waiting for a legendary carp called Nessie to surface. Pogo (Esme Creed-Miles) loves compiling cassette tapes, and she goes around town with very own recorder trying to capture trivial events. Meanwhile, the good-looking Maurice (Abraham Lewis) and Cassie (Daisy Edgar-Jones) are deeply in love, and enjoy a kiss and an embrace in the reeds. Nerdy Malcolm (Angus Imirie) too is in love with Cassie, but his feeling is not reciprocated.

Not all hearts have reached their puberty yet. Dave (Ethan Wilkie) and Shane (Gianlucca Galluci) are about 10 years of age. Shane likes trying his mother’s stockings, in some of the film more hilarious sequences. The pair go around town shoplifting sweets and pulling little pranks. Or maybe catching a glimpse of a pair of boobs. Or peeking on Maurice and Cassie snogging in the green (which triggers an angry Maurice to chase Shane into the woods). Shane is bespectacled with huge curious eyes, like a boy anxious to come-to-age as soon as possible. 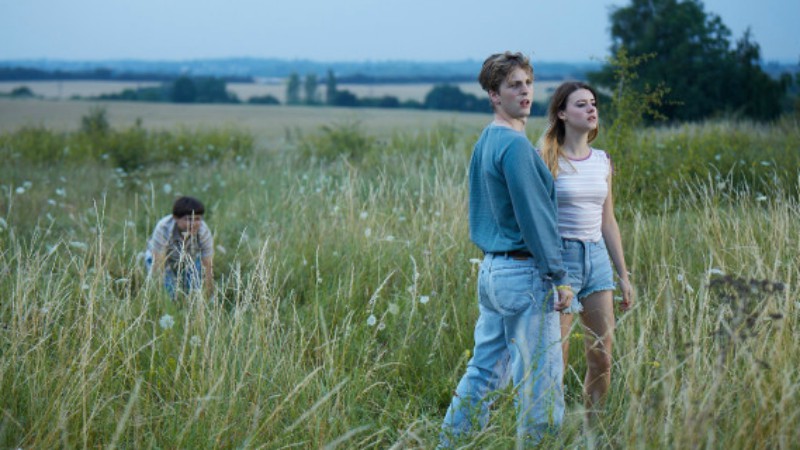 Edlington is a closely-knit community. It’s small and self-contained. A little bit like the ponds inhabited by Nessie. Its young dwellers have to find excitement in the mundane. Some of them dream of leaving, but at least for now they must adapt to their limited confinement.

Only 25 years have passed since 1994, yet the Edlington portrayed in Pond Life feels centuries away. It’s remarkable how technology has dramatically changed the way young people connect with each other. There were no mobile phones back then, and these young people had to engage face-to-face. That was the age of the romantic cassette tape. Each recording was cherished as a valuable fragment of life. Unlike nowadays. Our mobile phones have so many files (written, audio, visual, or anything else) that the emotional value of each individual piece of information becomes diluted and redundant. 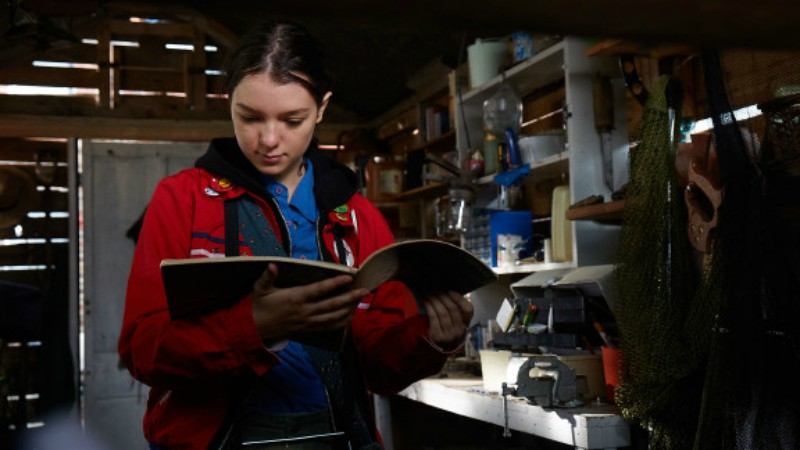 Pond Life rescues the vitality of a puerile youth. It’s both refreshing and nostalgic, in equal measures. It’s gentle and bittersweet, like a teenage dream. It’s very well cast and acted. It’s a work of love, gingerly handmade (like the handwritten names of the characters popping up on the screen when they are first introduced). It’s a real delight to watch because it reminds us of the simple pleasures and pains of our halcyon days. A past not so distant, and yet strangely detached from of our present reality.

This is Bill Buckhurst’s very first film. I would hazard a guess he has a bright future ahead. Pond Life has a peer in the music world. The song Teenage Love by Saint Etienne is the perfect companion to the movie. Both the film and the song celebrate adolescent love, desire and deception with a masterful touch.

Pond Life is out in cinemas across the UK on Friday, April 26th. On VoD on Monday, August 19th.