Fighting with my Family

"Greasy movie"
Biopic of British wrestling diva Paige is effective enough even for non-fans of the sport, despite a few shortcomings - in cinemas Wednesday, February 27th

The media group World Wrestling Entertainment (WWE) gets a lot of heat these days from die-hard professional wrestling enthusiasts for appealing to the mainstream, for tailoring its programming to attract the more ‘casual fan’ – the type of fan who, out of childhood nostalgia, tunes in to WWE around the time of the Royal Rumble, sticks around for WrestleMania hoping their favourite, semi-retired superstars will make a one-off return on “the Grandest Stage of Them All”, then withdraws from the world of wrestling until the following year’s Rumble.

Given it’s co-produced by WWE Studios, it’s unsurprising that Fighting with My Family is also tailored towards mainstream appeal: writer-director Stephen Merchant and executive producer Dwayne “The Rock” Johnson (who also plays himself, appearing sporadically, much like his current WWE schedule) apply a familiar sporting underdog structure to the career of former Divas Champion Paige (whose real name is Saraya-Jade Bevis, played here by Florence Pugh).

Merchant doesn’t completely shy away from the unpleasant aspects of the wrestling business. The loneliness, substance abuse and heartbreak that characterise Darren Aronofsky’s 2008 The Wrestler are all there, though to a much lesser degree). The director is clearly aiming for a charming, feel-good crowd pleaser. 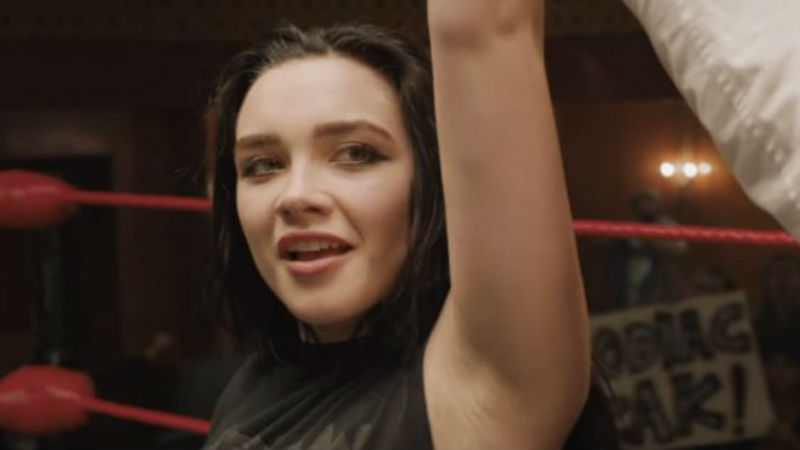 It’s understandable, though, that wrestling die-hards (or “smarks” as we both love and loathe to be called) would approach a film made with general audiences in mind apprehensively. Merchant has been forthcoming about his unfamiliarity with professional wrestling prior to Fighting with My Family, even going so far as to distance his wrestling movie from “the graps” by suggesting “there’s a universality to this story that’s not just about wrestling”. Wrestling fans, with our replica title belts and oversized Becky Lynch t-shirts, are already looked at funnily – as Paige is early on – so the hope is that Merchant gets it right and does pro wrestling justice.

Fighting with My Family might be too predictable to be something special, but for the most part Merchant does get it right, particularly in his focus on the relationship between Paige and her brother Zak (Jack Lowden). Both WWE hopefuls from a young age, Paige and Zak’s relationship fractures when the former is signed to WWE developmental brand NXT and the latter told he has no future in the business. Pugh and Lowden stand out, especially when sharing the screen together, though Lowden perhaps has the more compelling material to work with, Zak’s arc being one of self-destruction as opposed to Paige’s arc of self-discovery. Pugh does well with what she’s given, but the individual scenes Lowden is granted (a despondent pub brawl; pulling drawing pins out of his back post-match) are difficult to contend with. Nick Frost and Lena Headey flesh out the main roster, expertly delivering Merchant’s crass witticisms and bolstering the winning family dynamic. 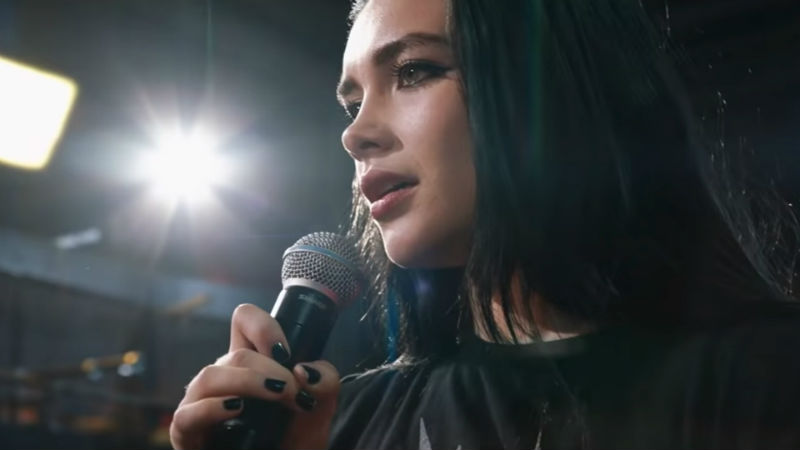 Where Merchant nearly botches it, though, is in the final act, with Paige promoted to the main roster and given a shot at the Divas Championship against holder AJ Lee (real-life wrestler and manager Zelina Vega). The matchup is billed as a legitimate unscripted sporting contest, Paige thrown into the deep end and overcoming the odds to unexpectedly defeat Lee. In reality, both Paige and Lee would have worked out out the finish to the match between themselves. This backstage element of pro wrestling – a fascinating, sometimes nasty, politicking that bleeds into the fictional story lines – is largely ignored in order to make Paige’s underdog triumph more unexpected. It’s a mischaracterisation likely to confuse non-wrestling fans and frustrate those familiar with such procedures.

In many ways, Fighting with My Family is a microcosm of WWE programming: it’s frustrating at times, occasionally goes in the wrong direction and over relies on part-timer cameos. But when it works, it’s affecting, captivating and, most of all, fun.

Fighting with My Family is out in cinemas across the UK on Wednesday, February 27th.

Is there a beast inside of him? Drama investigates the blurry line between violence inside and outside the ring for an MMA fighter, awkwardly raising the question whether the sportsman is intrinsically brutal and savage - on DVD May 8th [Read More...]