"Filthy genius movie"
Ridley Scott's classic is one of the most subversive films ever made for more reasons than one, and it's getting a 4k restoration just in time for its 40th anniversary - in cinemas Friday, March 1st

It is hard to decide where to begin. There are just so many reasons why Alien is dirty movie. I say more: it is the most subversive Hollywood movie ever made, alongside Alfred Hitchcock’s Psycho (1960). Plus it’s incredibly influential. In 2008, the American Film Institute ranked it as the 7th film of all time in the science fiction genre, while Empire magazine named it the 33rd greatest film of all time. It forever changed the way we see science fiction, women and sex. It spawned seven spin-offs (including the prequels and the crossover with Predator franchise). Yet none of these movies is nearly as powerful and remarkable as the original film.

Alien is based on a story by Ronald Shusett and Dan O’Bannon, who also penned the film script. It follows the crew of spaceship Nostromo, who encounter a deadly, extremely aggressive and resilient extraterrestrial creature set loose on the spacecraft. Six members of the crew are killed one by one in the most horrific and gruesome ways. The cast is stellar (no pun intended). They include Tom Skerritt (Captain Dallas), John Hurt (Executive Officer Kane), Veronica Cartwright (Navigator Lambert), Ian Holm (Science Officer Ash), Yaphet Kotto (Engineer Parker) and the late Harry Dean Stanton (Engineer Brett). The seventh crew member and the only survivor is Warrant Officer Ripley (played by Sigourney Weaver, in a career-defining role). 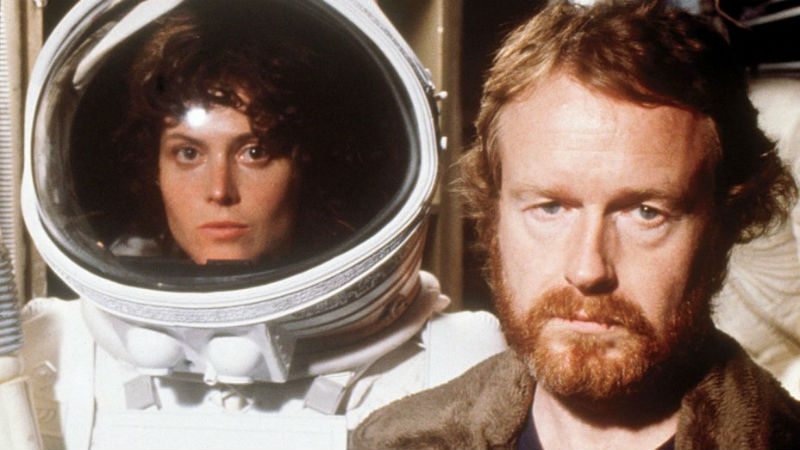 But why is Alien so dirty? First of all, it changed the way we see women in film. It was the very first Hollywood blockbuster to feature an action heroine in the leading role. Prior to that, women were portrayed as either secondary or vulnerable, reliant on the mighty male in order to make decisions and to achieve their objectives. Feeble creatures prone to cowering. Victims of violence. Victims of gaslighting. Hitherto there were no true heroines in sci-fi and action movies. many film historians and feminists consider Ripley a watershed in the history of filmmaking.

However, Ripley wasn’t your average Hollywood woman. She was masculinised. Her hair was short, she wore trousers, her name was unisex. In fact, her role was originally written for a man. Many people believe that this was a creative choice, and the only way Ridley Scott found to portray an empowered female. Because of this masculinization, both character and actress became Lesbian icons. All of this happened long before the New Queer Cinema movement (of Todd Hayes, Greg Araki and others) was born in the 1990s, with openly homosexual characters. 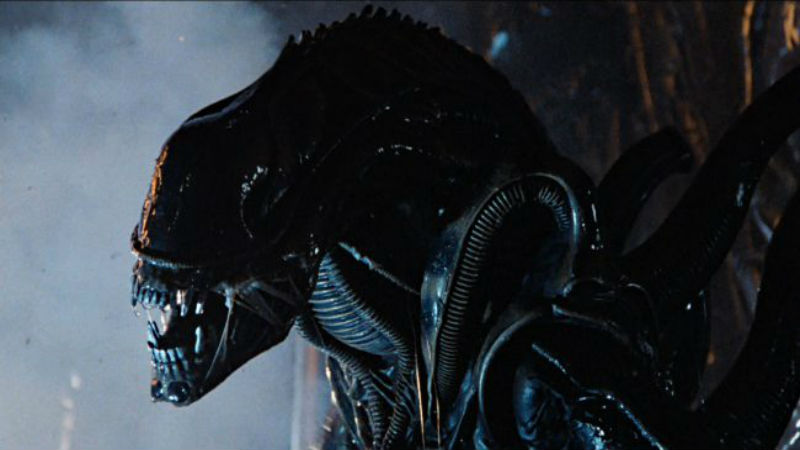 The final sequence of Alien – when Ripley is alone in the spaceship with the creature and about to go into stasis – has been widely interpreted as a Lesbian act. Ripley appears in her underwear (pictured at the top). The curvy and slimy creature – sensual in a very twisted way – is to be seen in the background. Old-fashioned horror theory states that the monster is always female, the Freudian penis envy being their biggest driving force. The alien creature is indeed female. In David Fincher’s Alien 3 (1992), we find out that the alien had previously impregnated Ripley with her embryo (possibly in this sequence), despite the human being blithely unaware of it. Non-consensual sexual interaction, it seems. Luckily for all of us, the graphic details and the precise nature of this Lesbian impregnation have never been revealed.

The 40th anniversary 4k restoration of Ridley Scott’s Alien is out in cinemas across the UK on Friday, March 1st.

Serbian Sci-Fi shot in the English language in which a male astronaut becomes dissatisfied with the female android programmed to satisfy his every desire on a deep space mission - from the Raindance Film Festival [Read More...]