Writer and director Tom Beard has stated that he wanted to write about voiceless British white youth in his debut feature Two For Joy. These adolescents may be invisible in our wider society but they are very much seen in this powerful film of child neglect, sorrow and loss. The film is a portrayal of two families dysfunction during a critical moment when their lives become intertwined.

Aisha (Samantha Morton) is drowning in a sea of depression after the loss of her husband, cared for by her teenage daughter Vi (Emilia Jones) who is also parenting her younger brother Troy (Badger Skelton). This family’s story collides with Lillah’s (Billy Piper) escape from her abusive partner to the caravan park where Aisha and her children have also sought refuge.

The two mothers are played with force and a total lack of vanity by Morton and Piper. Lillah is able to present a veneer of holding things together with make-up and clothes and a pretence at social niceties. Aisha, struggles to get out of bed, wash and dress herself or even provide food for her children. Her hair hangs in lank rats tails, she leaves her phone unanswered and is mostly unaware of her son or daughter’s whereabouts from day to day. Both women leave their offspring to fend for themselves too often and it is this that leads to the darkest chapter of the story. 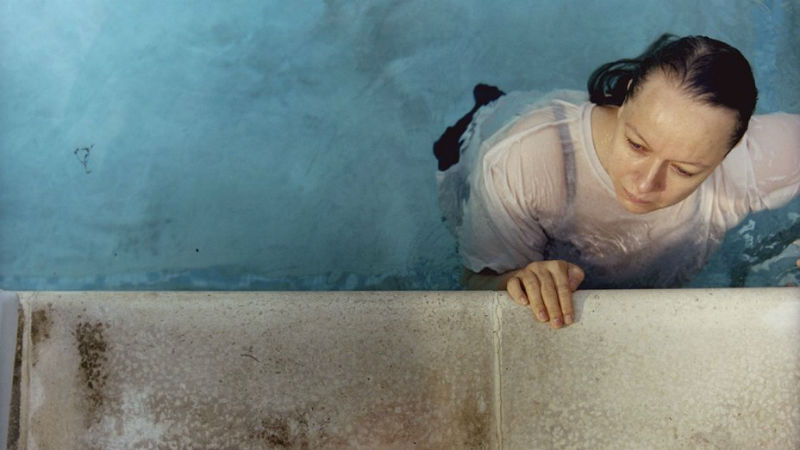 As wonderful as the two female leads are, this film belongs to the children and it is through their eyes that we see a world that is letting them down. Skelton gives a natural and unaffected performance as a prepubescent teen looking for some anchor in a world that has become chaotic. The association with local ruffian Kyle (Adam Young) is inevitable given Troy’s lack of supervision and the area in which he lives. His lonely demeanour leaves him open to the manipulation domination of Miranda (Bella Ramsey) when they encounter each other at the scruffy seaside caravan park.

Miranda is a wonderful creation from the pen of Beard brought to Iife in vivid technicolour in a focused, committed and terrifying performance by Bella Ramsey. Miranda has a feral and dominating personality with no awareness of risk to herself or others. Her force of will dominates the story from the moment we meet her. She will go to any lengths to keep herself and her new friend amused, leading them on adventures that seem like a desperate attempt to block out what caused the bruises we can see on her back. Lillah tells her brother Lias ( a warm and endearing Daniel May) that Miranda “is a kid she will forget” what has happened. As the viewer follows the children’s journey of petty theft, anti-social behaviour and rule breaking, we can tell that this is very far from true.

The filmmaker Tom Beard employs simple and evocative imagery in order to integrate the themes of the story naturally into the world in which they take place. The cheap illuminated necklace that Miranda wears is both an image of her shining inner light and energy and a beautiful lighting effect when the two friends are lost in the darkness. The concrete, weed infested landscape of Troy’s neighbourhood is a reflection of the chaos at home. 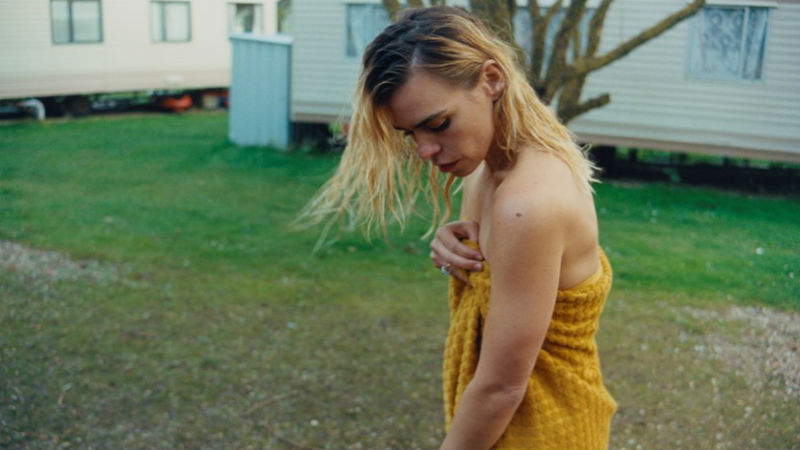 The home-movie quality of the shots depicting a dejected seaside holiday quality to this trip away that is definitely not a vacation. Fish and birds flit in and out of the picture at key points, the cage containing two damaged birds that we glimpse at the beginning, the delicate way that Troy strokes a fish before releasing it back into the river. The animals in this story receive better care than the humans around them. Lias (the caged birds protector) is the only adult who shows any nurturing towards the children, driving them to the fun fair, giving them treats, teaching them how to fish.

As the adults drink cheap wine and eat the fish that has been caught on the fishing trip, we see shots of fish heads and blood in a bucket. As time ticks away everyone assumes that the two younger children are with Vi (Emilia Jones); the scene is set for the dark final act of the film. Vi constantly struggles to make sense and order, encouraging her mother to dress and start the day, complaining that she is left responsible for everything, attempting to study for exams while chases reigns around her. She blocks out reality with headphones, studying French phrases and distancing herself from the cruel behaviour of Miranda.

When tragedy strikes it is in part, because Vi has been left in charge of her brother and his friend.The pressure on her as a young carer is an essential element of the narrative. There are currently an estimated 700,000 young carers (some as young as five years old) in the UK, and their stories are rarely seen on screen. This is an important film in every sense, we need to see more stories that reflect all communities within our society portrayed with sympathy as they are here, rather than paraded as gargoyles of an underclass for the amusement of the intellectual.

Two for Joy is available for digital download from Monday, February 25th. Click here for the iTunes predownload.