Adapted from Koji Suzuki’s 1991 novel, Hideo Tanaka’s is the second film version of the book. The first one was a Japanese television movie in 1995. A number of remakes and sequels have been made since, both in Japan and Hollywood. The franchise was so successful that two 3D movies were released earlier this decade. Hideo Tanaka’s film, however, remains the most powerful and successful one to date. Luckily for me, having never seen the original it was a revelation to watch the story unfold with fresh eyes in a superb 4k restoration.

This is truly a story from which nightmares are made, a situation that any viewer can imagine themselves in. Late at night with a group of friends you find yourself watching this video that apparently has a curse, maybe you were dared to watch it. You all laugh and think this is a bit of joke and then (as promised) your phone rings and someone tells you that you will die in seven days. 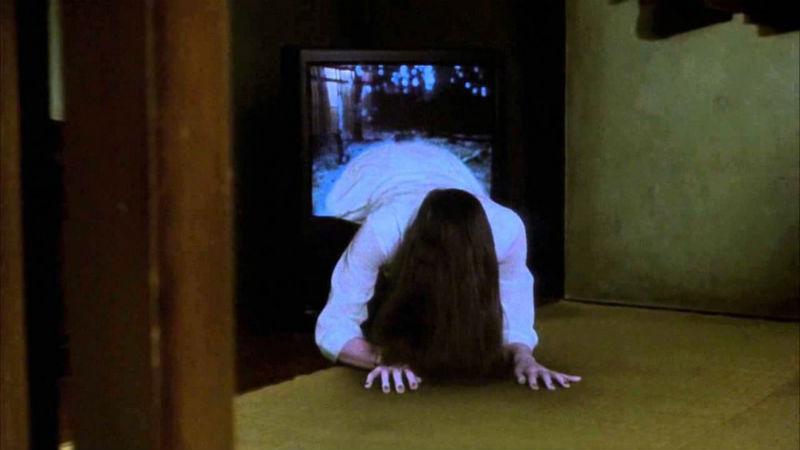 The simplicity of the idea works well, even if the film is viewed on a video tape. The concept does not lose its impact. It is easy to imagine that we are watching a film made just now and set two decades ago. The new version has a crisp bright quality to the image which gives the effect of having us believe we are watching something set in the past. The use of the schoolgirls at the beginning of the film lends itself to this film being viewed during a teenage sleepover. The plot is carefully constructed following Tomoko (Yuko Takeuchi) who has been given this cursed video by a group of friends who watched it the week before and through her niece’s death to our central character, journalist Reiko (Nanako Matsushima) who feels compelled to investigate this mystery.

Her journey towards the truth leads her to involve her ex-husband Ryuji (Hiroyuki Sanada) who proves to be a willing ally in the adventure. Their son Yoichi (Takashi Yamamura) becomes involved accidentally and has to be left with his Grandfather Katsumi (Koichi Asakawa) for safely. The tension and stakes build exponentially as the search for clues to the origin of the curse progress. The image of water is used throughout to build atmosphere tension and the inner mood of the protagonist. Water is a central device in many Japanese horror films, including Nakata’s 2003 Dark Water. The surging black ocean mirrors the grainy fuzz on the video before we see the blurred face of Sadako (Rie Ino’o). Rain pours down at key moments, and during Ryuji and Reiko’s investigation on Oshima Island they uncover the well that they have seen in the video. They must empty the water to find out if this is where Sadako’s remains are where they suspect them to be. The swampy water at the bottom of the well needs to be dredged by hand, Reiko and Ryūji are on a physical as well as psychological quest. 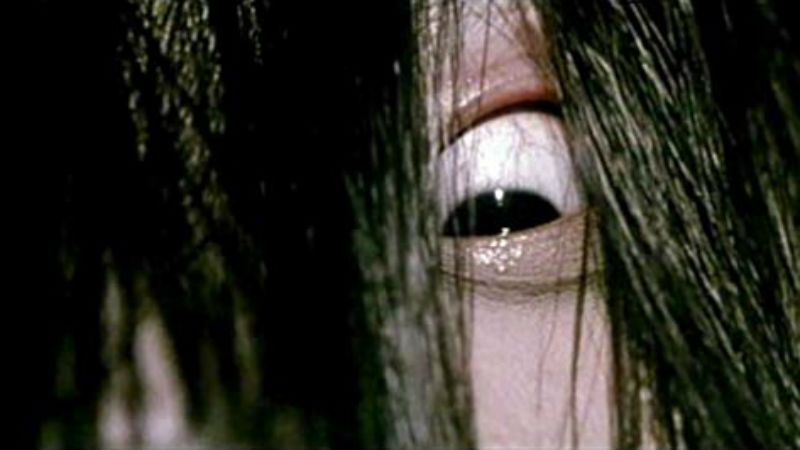 The complexity and intensity of the story is developed brilliantly by Nakata as he brings in the psychic element of the plot, not only has Sadoko brought the haunted video into being psionically, but Reiko and Ryūji are both psychic themselves and see the whereabouts of the well in a vision.

Just as Reiko thinks the curse has been broken and their efforts rewarded, the plot takes a deeper and satisfyingly shocking turn. Perhaps the only “jump out of your seat” moment, but it is worth waiting for. The final moments of the film pose a very human dilemma for the leading character and for the audience. We are invited to muse about what our choice would be faced with this dilemma. To perpetuate the curse and it’s ‘get out’ clause or to have it end by sacrificing someone else. Sacrifice will be involved whatever the choice and it is just this dilemma and psychological drama that makes this film still so watchful 20 years after its original release.

The 20th anniversary restoration of Ring is out in UK cinemas and also on Blu-ray on Friday, March 1st.