The cat breathes and makes sounds. Little noises that inadvertently get behind your ears and stay with you while you are watching Madeline’s Madeline, the new feature by American director Josephine Decker. By tackling mental illness in the story of a young theatre actress in a manner that disrupts both style and storytelling, the director creates an invigorating audiovisual experience that has wowed cinephiles since its debut at Sundance last year.

Watching Madeline’s Madeline feels like being part of a very intimate dream. We become an integral part of the life of the protagonist, played by Helena Howard in a breathtaking debut. We see the action entirely through her eyes, as she becomes the star of an experimental workshop in a theatre troupe of New York. In the first half of the film she pretends to be a cat and a sea turtle. Next, she pretends to be a pig. 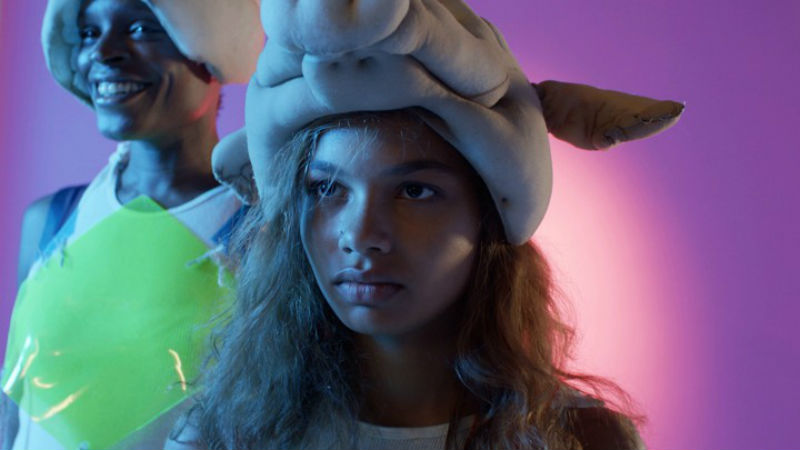 “In all disorder there’s a secure order” says Madeline’s teacher Evangeline (Molly Parker), who is very fond of the adolescent’s creative presence. Suddenly, the play begins to veer in an unexpected direction. The rehearsals are portrayed as improvised, emotional and sometimes chaotic. The same can be said about Madeline’s world. We get a grasp of Madeline’s troubled mental state as she stages her routine through her distorted point-of-view. We also learn that she has a dysfunctional relationship with her mother Regina (Miranda July).

Madeline is not the only one drifting. The visuals do of the movie, too. The camera work and editing include a playful use of the depth of focus, abrupt time jumps and images overlays. These resources handled by cinematographer Ashley Connor and the team of editors (Decker, Harrison Atkins and Elizabeth Rao) go hand-in-hand with our protagonist sense of self. Behind the unconventional and sometimes oneiric narrative, lies an intimate tale about growing up and surrendering to the artistic process. This is not a new theme in Decker’s work, who has placed her very own relationship with director Zefrey Throwell at scrutiny of the camera in their documentary Flames (2017).

Art raises more questions than answers. Madeline sees how her work on the play gets caught in her bond with her mother. Regina is overprotective, and attempt to solve her daughter’s problem with an excessive and damaging mount of nurture. 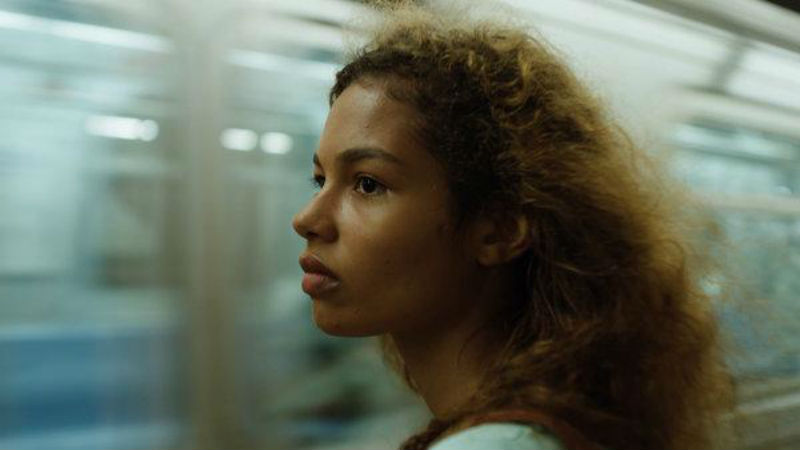 Howard is the true star of the film thanks. This is an unforgettable role. She walks through the streets of New York at night talking to strangers, while also emulating their mannerisms. This is a committed and surprisingly natural portrayal, and the tactics are both endearing and devastating. By the end of the film, the actress also gives a soliloquy worthy of an award.

The power dynamics between the three women at the helm the story change constantly as Madeline’s Madeline evolves into a more traditional depiction of a troubled mind. Decker’s daring conception of the energetic and fierce Madeline – a complex, lovable and unique character – reminds us of what experimental cinema can achieve. This is truly powerful stuff.

Madeline’s Madeline showed at the International Film Festival Rotterdam, when this piece was originally written. It is out in cinemas across the UK on Friday, May 10th. On Amazon Prime on Friday, July 12th.

Take a walk on the wild countryside: travel almost 1,000 years back in time and join Edith the Fair in her pilgrimage towards the body of her husband tragically killed in the Battle of Hastings - Andrew Kotting's latest film is out in selected cinemas [Read More...]

The photographer who hit the road and beat it: new doc is a comprehensive study of the "most influential photographer alive", his bold compositions, his spontaneity as well as his connection to the Beat Poets - this is part of the BFI London Film Festival [Read More...]

Man strikes, and so does nature! Filmmaker exposes Turkish operation against Kurds by blending footage collected by locals with images of natural phenomena such as a meteorite rain and the eclipse of the sun - streaming now with DMovies [Read More...]