It’s 2027 and Brazil has been turned into a quasi-religious state, despite officially still being a secular country. Joana (Dira Paes) works at the registrar’s dealing chiefly with divorce cases. Her profound faith, however, drives her to going the extra miles. Instead of doing her bureaucratic job, Joana recruits such couples to her Divine Love cult, where they are encouraged to reconcile through a number of rituals involving plenty of water, nudity and sex. 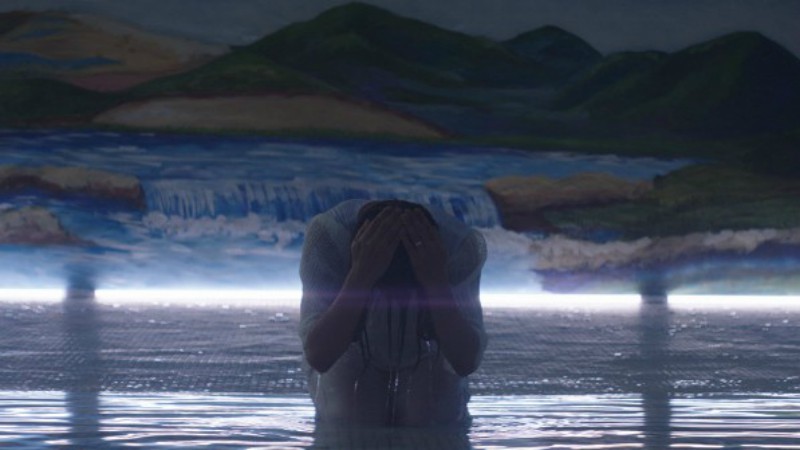 The evangelisation of Brazil is conspicuous everywhere. Carnival has been replaced by the “Sublime Love” festivities. There is a “prayer drive-thru” with am empathetic pastor and a fog machine inside. Detectors at the entrance of most shops reveal your marital status and also whether you are pregnant. The information is displayed in bright lights for everyone to see. This some sort of Nathaniel Hawthorne’s The Scarlet Letter adapted to 21st century Brazil. The harlot must be displayed for everyone to see!

Parts of the film are narrated by voice of a very creepy child. As in a horror movie. The identity of the child is revealed at the end of the film. In reality, Divine Love is constructed like an eerie sci-fi movie. The music score is a combination of electronic music and deep, dispersed strings, as in a film set in outer space. This is indeed an otherworldly Brazil. Yet it’s not too far away from reality. The year of 2027 is just around the corner. Damares Alves, the Human Rights and Family Minister of Brazil’s current fascist government, has recently and unequivocally indicated that only the evangelical Church can “save” the nation, not the state. 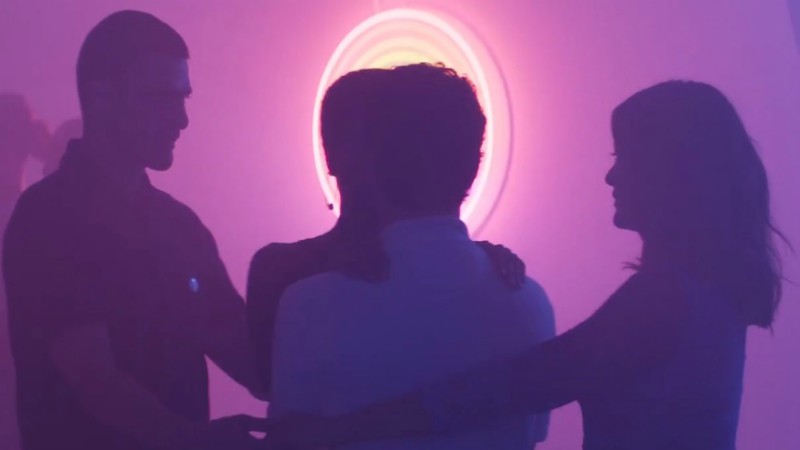 Divine Love is a commentary on the consequences of the rapid evangelisation of Brazil and their increasingly unorthodox conversion tactics. Its vaguely futuristic feel combined with religious rhetoric make it an interesting experiment, yet not a profound and meaningful piece of filmmaking. The director Gabriel Marcaro replaced the naked and raw realism of Neon Bull (2015) with the twisted and weird futurism of Divine Love. Both films are very provocative, yet the former is far more effective.

Divine Love showed in the 69th Berlin International Film Festival, when this piece was originally written. It premiered a few weeks earlier in Sundance. It premieres in October in the UK as part of the BFI London Film Festival.

Even cowboys get the blues: the naked and raw life of Brazilian vaqueiros [Read More...]