Wagner Moura is an old familiar face at the Berlinale. He’s the protagonist of Jose Padilha’s Elite Squad, which won the event’s top prize 11 years ago, the Golden Bear. A lot has changed since. Brazil has seen a coup d’etat and the rise of fascism with election of Jair Bolsonaro. Moura himself has fallen out with Padilha for political reasons. Padilha supported the coup, while Moura has been a very vocal critic of the reactionary developments. Now Moura gets behind the camera for the first time. It’s for a good cause. The topic of Marighella is incendiary: it documents the struggle of a communist revolutionary Carlos Marighella during the military dictatorship that ruled the country between 1964 and 1985. This wouldn’t have been a very sensitive topic three to five years ago, but with a president who openly advocates torture and murder, this is political dynamite. The film will more than likely experience censorship and all types of retaliation in Brazil.

We are promptly informed at the very beginning of the movie that the military regime conducted widespread murder, torture, that the press was gagged and civil rights eroded. Brazilians were promised elections within a year after the 1964 coup, but democracy only returned more than two decades later. The coup d’etat had the enthusiastic support of the United States. We are also told that Marighella was a writer, a poet, a politician, an activist, a fighter and a direct descendent of Sudanese slaves. He’s played by Brazilian actor and musician Seu Jorge. The films begins in 1964 in Salvador, Marighella’s birth place. He explains to his 11-year-old son that he will not be in touch for some time, and that he’s doing this in the name of his very own security. He promises to return in time for his 15th-birthday. We then move to 1968, the year when the military regime descended into sheer authoritarianism and violence. Marighella conducts an underground armed struggle with a circle of associates. The movement was called ANL (“National Liberation Action”, in free transation). In one of the film’s first sequences, they rob a train loaded with weapons. 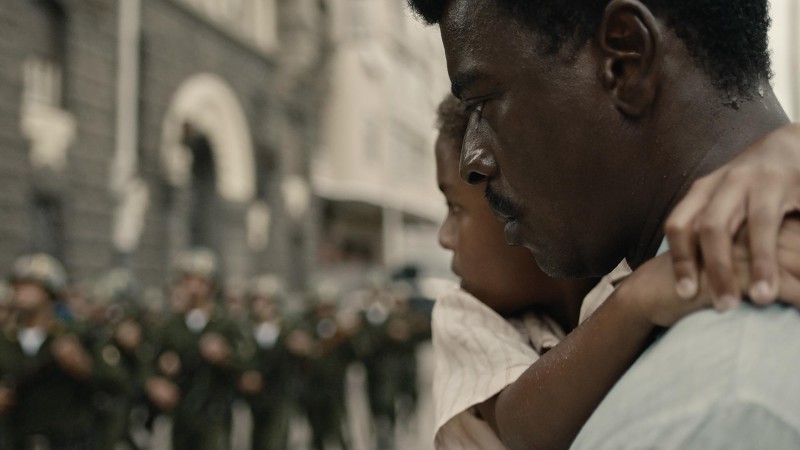 A lot of the film dialogue centres on the contradictions of the armed struggle. Marighella is adamant that guns are necessary, while some of his associates prefer other strategies. He has a friend called Jorge in the press, a local newspaper called Tribuna do Sudeste. It’s thanks to Jorge printing Marighella’s picture on the newspaper cover that the revolutionary was freed from his first prison stint. As the military regime becomes increasingly oppressive, Marighella’s associates (or “comrades”) gradually agree to more extreme tactics. Their intercept a local radio and inform Brazilians about the widespread murder and torture being conduct in secrecy. The revolutionaries too become more violent. They murder an American diplomat. Suddenly, everyone is trigger-happy.

A lot of the topics described in the film have returned to haunt Brazil. In the film, Marighella – who was formerly a congressman – talks about going into exile. Brazilian congressman Jean Wyllys went into self-exile last month. Censorship is widespread. At present, criticism of Bolsonaro’s government is entirely absent from many of the country’s leading media.

But Marighella also has a a few contradictions. While criticising US imperialism and the Brazilian mainstream media from a political point-of-view, Marighella embraces both institutions wholeheartedly from an aesthetic and formal perspective. The film is structured like a conventional Hollywood thriller, or a Brazilian television series. The language is formulaic. And the film is too long at 150 minutes. A very large number of people left the cinema in the first hour. Marighella does not elicit profound reactions. No one laughed out loud, no one cried. 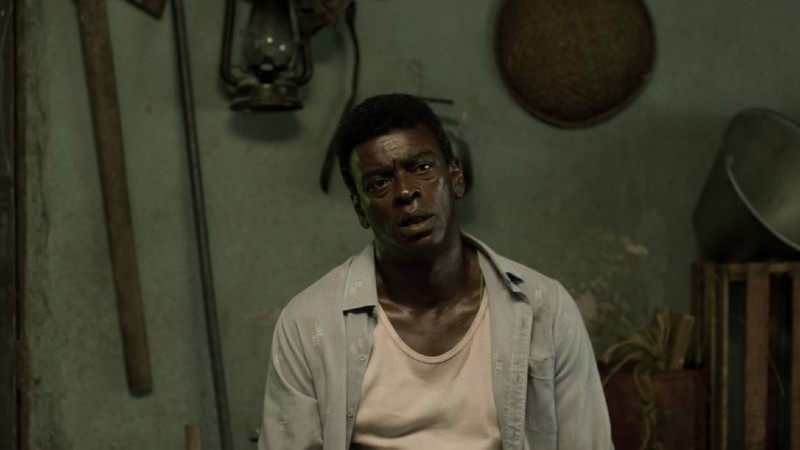 Another contradiction is that the film was co-produced by Globo Filmes. The Globo group was a staunch supporter of the military dictatorship. It described the 1964 coup as “divine intervention”, and it grew to become the largest media conglomerate in the country thanks to its unwavering support of the military regime. In 2016, it supported yet another coup d’etat. Marighella will eventually be split into five 30-minute segments and be made into a Globo television series.

Also very importantly, the film omits a crucial historical fact. Brazil’s former foreign minister Aloysio Nunes, who acceded to the role following the 2016 coup d’etat, is entirely absent from the movie. Nunes was one of Marighella’s closest associates, and many historians argue that he was the whistle-blower personally responsible for Marighella’s murder. Wagner Moura explained to DMovies: “The ALN had more than 100 members, I opted to show just 12 of them. My characters were not real people, but instead an amalgam of various individuals”.

Despite its shortcomings, I still hope that large numbers of people will watch Marighella. Its message of resistance is both urgent and timely. I emphatically commend Moura’s audacity in the topic choice.

Marighella showed at the 69th Berlin International Film Festival in 2019, when this piece was originally written. It will premiere at the UK on December 5th and 13th at the BFI, as part of the African Odysseys selection. The screenings will be introduced by Victor Fraga, the author of this piece, founder and director of DMovies. Click here in order to buy your ticket now.

The story of two Brazilian sisters separated by a twist of fate in a country infested with sexist attitudes is one of the finest Brazilian melodramas ever made - in cinemas on Friday, October 15th. [Read More...]