"Filthy genius movie"
The real story of two Spanish women who married with one of them posing as a man almost 120 years ago is a superb piece of filmmaking, excelling both in technical and in dramatic terms - now available on Netflix

This is a film about two women in love, and directed by a female. And this is cinema at its most universal. It will move you regardless of whether you are a male or a female, Spanish or British, progressive or conservative, or anything else. This is the real-life tale of two humans being who fell in love and took draconian measures in order in order to remain together, against all odds.

Elisa (Natalia de Molina) first meets Marcela (Greta Fernandez) on the first day of school in 1898. They are immediately fascinated with each other. Their tender affection gradually develops into a full-on homosexual relation. Marcela’s parents intervene and send Marcela away to a boarding school in Madrid for three years. The two women, however, resume their romance as soon as Marcela returns. The residents of the parish of Couso too realise that their share more than a friendship. Elisa is branded a “marimacho”, and the couple become increasingly despised and isolated.

The two women come up with a very audacious escape plan. Elisa disappears, with Marcela claiming that she migrated to Cuba with some distant relatives. Then suddenly Elisa’s cousin “Mario” surfaces and marries Marcela. Mario is in reality a cross-dressed version of Elisa, with a hand-drawn moustache et al. Marcela becomes pregnant and tells locals that Mario is the father (we never learn who made Marcela pregnant). She justifies striking resemblance between Elisa and “Mario” on the fact that they are first-degree relatives. In reality, the two women intend to migrate to Argentina and restart their lives in a place where they will not get harassed. But locals suspect that Mario is Elisa. A local mob of vigilantes attack their house. Their plan goes terribly awry. 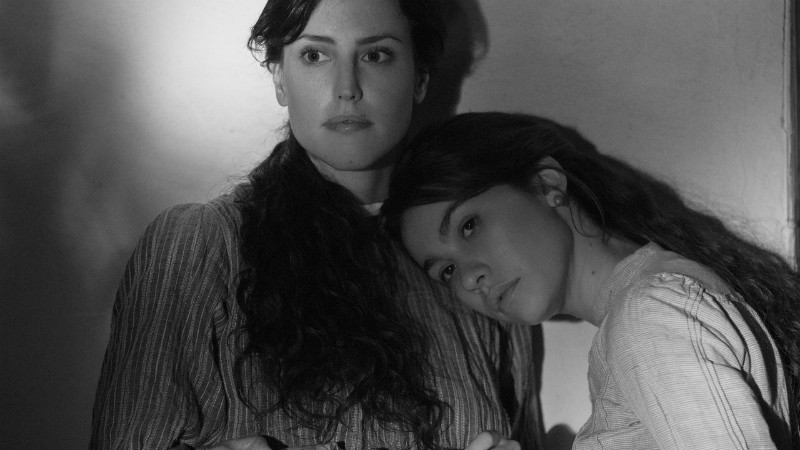 I can’t tell you too much more about the actual story without spoiling it for you. I should just tell you that they find kind and generous people on their way, and that they get a helping hand from another non-conventional couple. A reminder that solidarity and empathy can change the world. What these people do for them will put a smile on your face.

The countryside of Galicia in Northeastern Spain is depicted in abundant and accurate detail. The stone houses and bridges, the octopuses, the accordion, the Celtic dresses are all present. Plus the film deals with the subject of emigration (Elisa and Marcela want to emigrate to Argentina). Galicia is the region of Spain most closely associated with emigration. Half a million Galicians currently live abroad (a quarter of the population of the region). My father is one of such emigrants. The only thing that’s strangely and entirely absent from the film is the local language Galician. Elisa and Marcela is entirely spoken in Castilian. Neither my father nor my late grandparents spoke such language.

Isabel Coixet’s latest drama excels in technical wizardry. The sharp black and white photography gently morphs into grainy images and real photographs taken at the beginning of the century. The wedding picture of the real Marcela and Mario/Elisa appears briefly. Such visual ingeniousness might ring bells with those who saw the Portuguese film Tabu (Miguel Gomes, 2012), another masterpiece of black and white Iberian cinema, which also deals with emigration and a seemingly impossible love. Tabu won the Alfred Bauer Prize for “new perspectives on cinematic art” when it premiered at the Berlinale 7 years ago, and Elisa and Marcela could achieve a the similar feat. 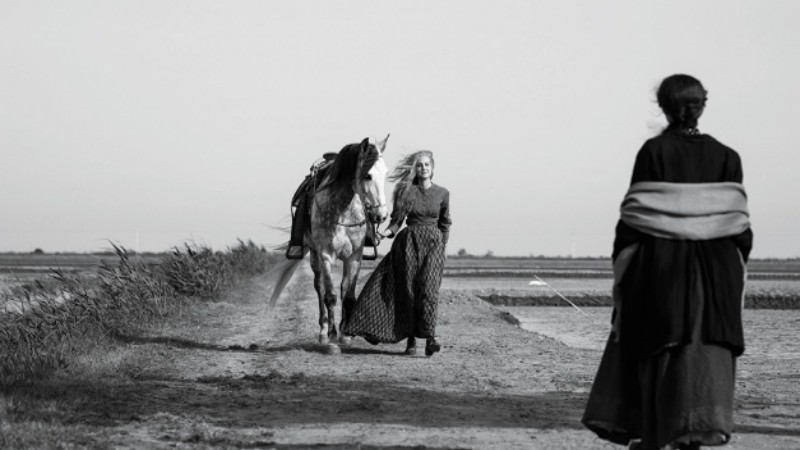 The dramatic elements are also outstanding. The chemistry between the two leads is effervescent. Or explosive even. And who doesn’t love some 19th century Lesbian action with octopuses (no pun intended) and even some very peculiar bonding? Despite its sexual audacity, Elisa and Marcela never slips into the vulgar and absurd. It’s purely carnal and sensual (says a gay man).

The film wraps up with a reminder that gay marriage became legal in Spain in 2005 (more than 100 years after Marcela and Elisa departed), and also that homosexual love is still punishable by death in many countries around the world.

Elisa and Marcela showed at the 69th Berlin International Film Festival, when this piece was originally written. It was our editor’s favourite to win the Golden Bear, in a year with a very strong selection. This did not come to fruition. Had this happened, a lot of eyebrows would have been raised. That’s because the film was produced by Netflix, and this means that it will never see a theatrical release. This is indeed regrettable. Elisa and Marcela deserves to be seen at the cinema., Perhaps not surprisingly, the Netflix logo triggered some members of the audience to boo. The film made available on Netflix in June.

Exquisite Vietnamese drama investigates a society where tradition and social expectation govern the lives of everyone, and a woman is defined by the ability to reproduce - now available on VoD [Read More...]

An effective yet very conventional French Lesbian drama that wrapped up the BFI Flare LGBT Film Festival a few years ago is now on Mubi [Read More...]