Supposedly a filmic memoir, Joanna Hogg’s latest, the excruciating, heartbreaking romance The Souvenir turns an overplayed drug addiction story into magic by peeling away at our sympathies for the characters and her arresting images. The palatial surroundings prove to be a diseased cage.

Newcomer Honor Swinton Byrne pulls off a difficult performance as Julie, the smart, rich girl becoming aware of her own naivety. Despite being a budding filmmaker who just wants to realise her script about working class people in Sunderland (she visited once for a friend’s art show), she is unable to see outside of her own experience, and blind to the problems closest to her. She largely stays inside her Knightsbridge flat, but what starts as a room of one’s own is soon infiltrated by a poison. 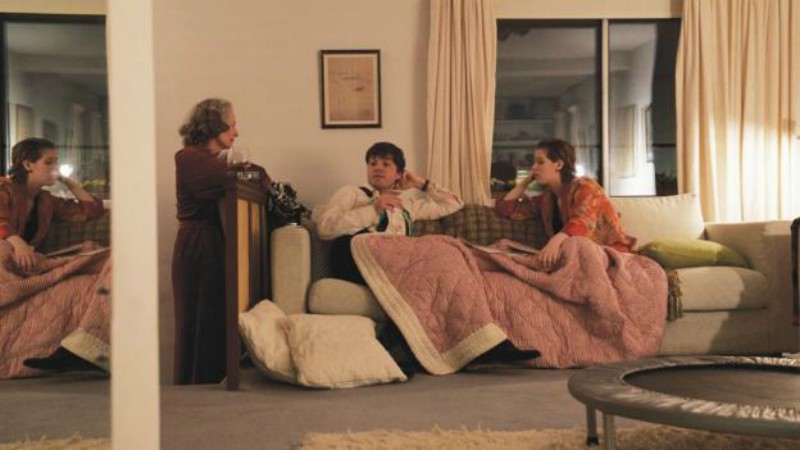 Julie has been utterly coddled by her parents and so she throws her dependency onto the Oxbridge graduate Anthony. He’s vague about his foreign office job; Julie finds pictures of him in disguise in Afghanistan. Their relationship is immediately intense, although Hogg does not show them touch for the entirety of their developing relationship. And as soon as we do see them make that physical connection, we, and Julie, finally see the track marks on his arm.

Tom Burke’s performance must be one of the highlights of Berlinale. Delivering lines so slow, his bulking presence in the frame dominates and his arrogant demeanour cuts through scenes with this bitter assumed birthright. A harrowing withdrawal scene far removed from the romanticised movie view it gets in movies like Trainspotting (Danny Boyle, 1996), turns the living room into a kind of tomb, with Anthony a terrifying Bela Lugosi.

Inspired by Ozu, Hogg cramps the characters into these full, tight frames. Even when the camera takes a distance, the architecture of the flat, the lines of furniture, silhouettes of the city skyline, separate the characters. Often these stark shots are replicated later on with certain elements changed, drawing our attention to the passage of time without the need for exposition. A jaunt to Venice becomes a horrifying death march, in a scene that really pulls together the film’s critique of high-class degradation. Unsatisfying sex and opulence correspond in a scene that puts the audience into a drugged stupor.

The literal souvenirs of a relationship, however, are the most haunting element of the movie. Not just material things, like the ornate bed frame and extravagant clothes she acquires, or her taste for music which moves away from punk until she’s enjoying classical. It’s this entire worldview, how all of our relationships will change us in ways that might never become clear to us. 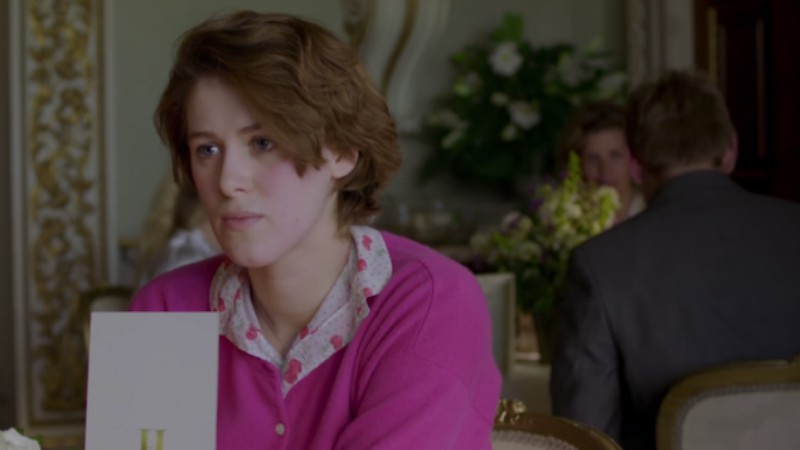 All of the characters carry a baggage, and Hogg doesn’t push any of this onto the audience, allowing the fragments of this story to take place in glimpses. Parts of it are almost cringe comedy, as Anthony condescends with such ease, telling Julie to abandon sincerity or documentary in her work, to be more like Powell and Pressburger. But it’s not quite satire. Repeated references to The Troubles tell us what’s taking place in the background, and what Julie doesn’t have to concern herself with. This other world, a real world. It’s on the other side of the wall, outside the window, through the lens.

Swinton Byrne’s real-life mother Tilda Swinton lends her presence to a small but effective role, giving it a little star power. It’s great that her discerning choices can bring more eyes to directors who can do with the attention. She’s back in old lady mode, only a step removed from her Grand Hotel Budapest (Wes Anderson, 2014) role. It’s an exquisite, detailed turn.

The beats of a toxic relationship are so familiar, and that’s what makes it difficult to watch. We want to tell at the screen, tell Julie off, beat Anthony up. This will be too much to handle for some, such unadorned privilege, a protagonist making such obvious mistakes and going largely unchecked. It might be difficult to sympathise, why doesn’t she just leave him? But in the sustained depiction of high-class consumption, Hogg shows toxicity as a drug, a society as sick as Anthony. With the end title card promising The Souvenir Part 2 is coming soon, I can’t wait to find out how Hogg will expand this already epic chronicle.

The Souvenir premiered at the Berlinale, when this piece was originally written. It’s out in cinemas across the UK on Friday, August 30th. On VoD Monday, September 16th. Available for free on Mubi for a month from October 25th.