Adapted from the eponymous novel by Neapolitan writer and Camorra expert Roberto Saviani (who also wrote the screenplay), Piranhas follows 10 adolescents in Naples who set up a gang in order to make money and enjoy an unbounded and hedonistic example. The original title in Italian La Paranza dei Bambini literally means “the group of boys”, in an attempt to emphasise their young age. The translation into English Piranhas has a far darker connotation, suggesting that the teens are sanguinary predators. While a little awkward, this translation isn’t entirely inaccurate.

Fifteen-year-old Nicola (Francesco di Napoli) is the gang leader. He convey a very disturbing type of masculinity at a very young age. He takes “protection” money from locals in order to buy drugs, attend expensive clubs, buy branded clothes and posh furniture. Thousands of euros flow like water. He smokes marijuana and snorts cocaine, and circulates locally with the confidence of an adult. He loves to show off his newly found power and wealth. He has a beautiful girlfriend called Letizia, and he also hire prostitutes. He terrorises the narrow alleyways on his scooter. 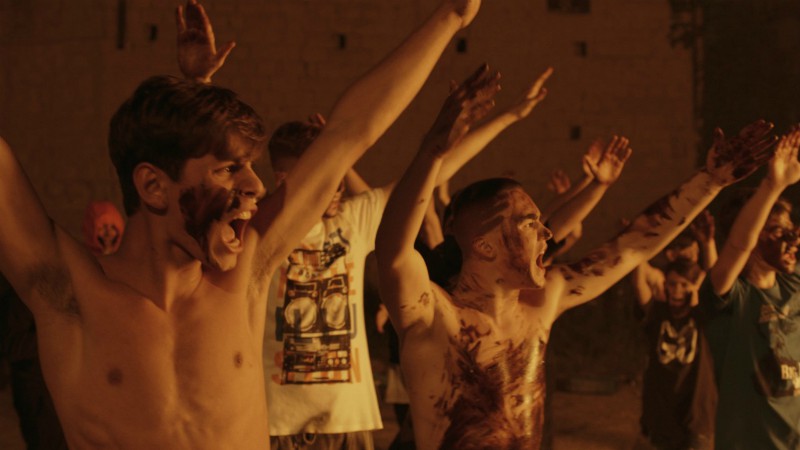 It rise to power begins when he robs his first gun from a policeman, and then convinces a hesitant local drug lord under house arrest to supply him with further weapons. Nicola and his young associates (Briato, Lollipop, etc) use an online video in order to learn how to operate the pistols and machine guns. They are prepared to rob. They are prepared to shoot. They are prepared to kill. All in the name of power and the small capitalist pleasures.

There is a turf war taking place, and Nicola’s gang has to protect their Quartieri (neighbourhood) from rival gangs. It’s boy versus boy in the gang wars. A little bit like like a toned down version of City of God (Fernando Meirelles, 2002), where the criminals are even younger and yet far more sadistic.

The most concerning aspect of this grotesque masculinity is that it remains unchallenged. Such behaviour is never frowned upon. Nicola’s mother is unfazed by her son’s activities. And he’s role model to his younger brother, who insists that he too should learn how to use a weapon. Paradoxically, the drug lord under house arrest is the only person – at least at first – discourages Nicola from engaging in criminals activities. He says: “why don’t you play football, they too make a lot of money!”. Otherwise, the film seems to endorse and romanticise such demeanour.

Nicola does have respect for at least two pillars of his life: his mother Vittoria and a local saint called Santa Concetta. This is represents duality of the “marianismo versus machismo” conspicuous in several Latin cultures. The male is strong and empowered. The female is pure, holy, maternal, and must be respected and protected. And the female does not stand on the way of the male. The male has carte blanche to act as he pleases. 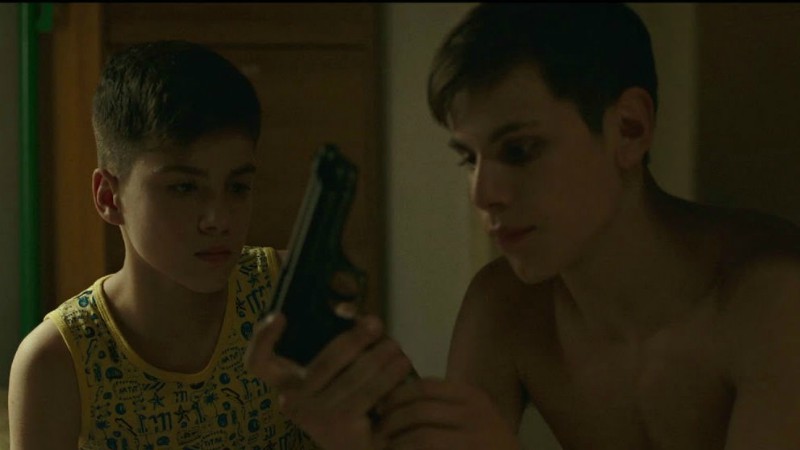 The photography of the rundown and impoverished districts of Naples will ring bells with those familiar with Roberto Rosselini and Vittorio de Sica’s filmography. The Neapolitan offers the perfect balance between glam and gloom. Most of the dwellings are modest and in desperate need of painting and restoration. The alleyways are dark and oppressive, yet strangely charming. There is a very large underground cave where children play football and the titular precocious adults practice shooting. The local dialect sounds very peculiar, more like Catalan than Italian (I speak neither language, and my comment is purely anecdotal).

In a nutshell, Piranhas offers you the opportunity to deep-dive into a vibrant and foreign world where boys behave like men. It’s equally jarring and fascinating.

Piranhas showed at the Berlin Film Festival, when this piece was originally written. It will see its UK premiere in October, as part of the BFI London Film Festival.