"Greasy movie"
Too cool for school? Jonah Hill's directorial debut about skater boys tries to be fashionable and funny about the titular years; the outcome is only partly effective - now available on VoD

The most telling moment in Mid90s, Jonah Hill’s foray into directing, comes around halfway through. As fourth-grader Stevie “Sunburn” comes home from a day out skating with his new pals, a bunch of super cool dudes modeled on Poochie from The Simpsons, a man emerges from his single mother’s bedroom, zipping up his fly. It’s Harmony Korine. The enfant terrible of American cinema and writer of Kids (Larry Clark, 1994) appears as a nod to a film to which Mid90s is painfully indebted to.

So we have a set of Cali bros who skate, party, and hang out on the streets soaking up a perfectly Instagrammable time. If only they had smartphones. The production design goes far out of its way to remind you that this could only be the 1990s. Every t-shirt is a graphic tee with a cartoon or rapper from the era. Posters, sneakers, and cars are lingered upon, while any suggestion of the political context is non-existent, because this aesthetic nostalgia informs so many current trends. 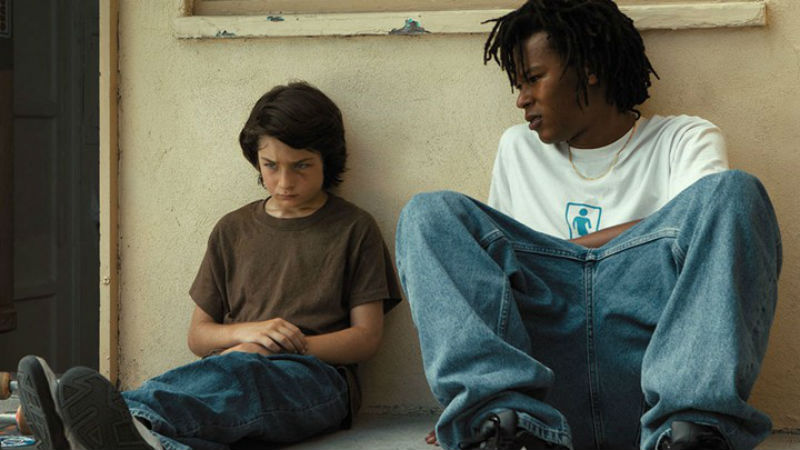 Most of the cast are Supreme models, for crying out loud! Hill is too busy having fun with this stuff to worry about the reality behind his low-income characters. He’s putting together his dream soundtrack, a bunch of entry-level hip-hop tracks straight from his Spotify playlist. You can see him nodding along in the editing bay as he matches the beats of Herbie Hancock to each cut around a party scene.

In that extended sequence, when boys finally talk to girls, it’s little more than a set of Q&A moments with the boys as the respondents. Perhaps Hill didn’t want to take the focus away from his central crew, but the women are looked at with the same confused, reverential gaze as the objects, brushed over. They are like artefacts. It feels unclear as to whether Hill is adopting the viewpoint of his characters, or revealing his own inability to craft people unlike himself. In general, one is left wondering what motivates the camera here. What effect does Mid90s have beyond replicating a generic vibe from the titular decade? It’s not that Hill is useless with the camera, but he’s too mannered, inorganic. Removed from the super 16mm aesthetics, it might even resemble the Jude Apatow comedies from which he emerged. Hill leans into production company A24’s aesthetic with such aplomb that the movie even begins with an indent made of skateboards. 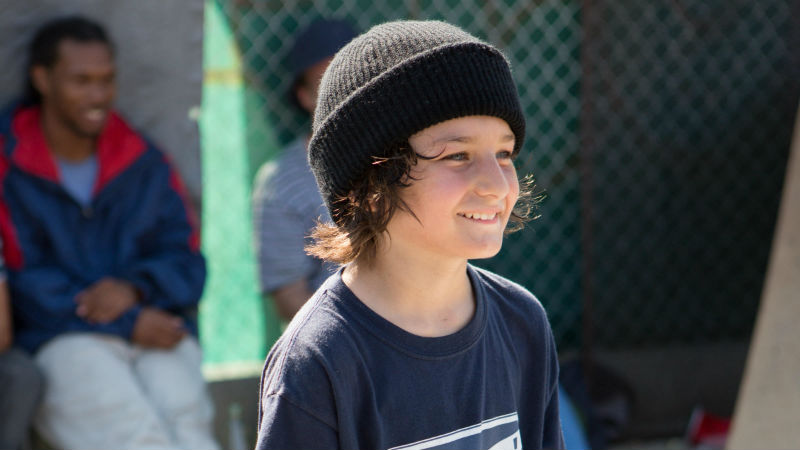 Internet Boyfriend Lucas Hedges is a funny tough guy, appearing as Sunburn’s older brother, who can’t quite shake off his softy persona. That’s a large part of his tortured, Trump mask-wearing character, and it largely works to ground us within the A24 universe. The world of coming-of-age movies. But Lady Bird’s (Greta Gerwig, 2018) nostalgia was without affectation. While Bo Burnham’s Eighth Grade (2018), still yet to be released in the UK, is an effort to actually get inside a world that’s unfamiliar and understand the psychological motivations of its teens. Hill is satisfied with after-school special preaching, and reconciliations.

Not that it’s entirely without its pleasures. It’s at its best when it’s funny, hanging out with these genuinely charming characters. They have a great group dynamic and the images can be arresting when Hill rests with them. But attempts to tackle serious themes like domestic abuse and masculinity are cringeworthy, especially when Skate Kitchen (Crystal Moselle, 2018) and Minding The Gap (Bing Liu, 2018) deliver pretty much the same goods without the need to gesture towards authenticity.

When movie stars become directors, the results can go either way. Hill has a great comedic voice, and surely a way with these young actors. But he seems like Steve Buscemi walking in with a board on his back, “Hello fellow kids”. If only he’d trust his instincts rather than leaning for the cool factor, he might actually pull it off.

Mid90s is playing as part of the Panorama section at Berlinale in February, when this piece was originally written. It’s out in cinemas on Friday, April 12th. On VoD on Monday, August 26th.

Doctor Jekyll and Miss Online: what happens when your online and real-life persona disconnect from each other? Splendid teen drama is out in cinemas Friday, April 26th [Read More...]