The Song of Sway Lake

Music collector Ollie (Rory Culkin) and his boisterous Russian friend/partner-in-crime Nikolai (Robert Sheehan) travel to the Ollie’s family estate in order to steal a valuable jazz record. Their plans go awry when Ollie’s estranged grandmother Charlie (Mary Beth Peil) unexpectedly arrives at the estate accompanied by her neighbour Marlena (Elizabeth Peña). It turns out that the old lady is searching for the same record herself. 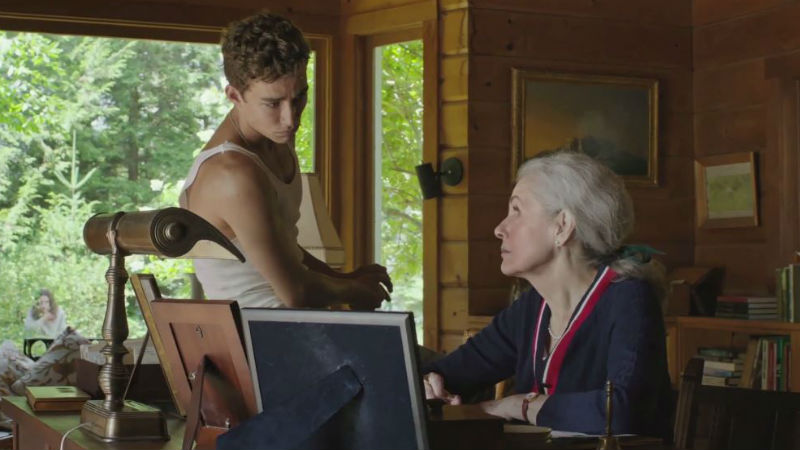 The titular lake plays a role as significant as the human characters. It represents the memories from Charlie’s married life, as well as the place where Ollie’s father committed suicide. There is a flurry of unresolved issues, sadness and melancholy in the air. Plus the urge to bring back the good ol’ times, or to simply stop the clock. Charlie has prevented the building of a public dock near the building in an effort to preserve the lake, to leave it untouched by time. Her husband Al wrote in a letter dating back to WW2: “Now that you’re a Sway, you and I we’re in cahoots to ensure that the lake remains a place where time can stop”.

While Ollie and Nikolai look through the records collection in the estate and listen to vinyls and discuss Harry Belafonte, Julio Iglesias there is a feeling of nostalgia for a bygone era. Somehow the past sounds more appealing than the present, particularly when you are listening to Fred Astaire. 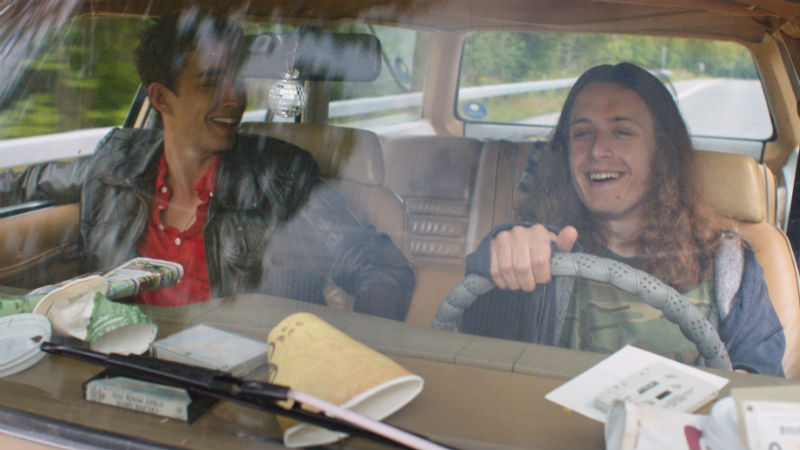 Nikolai reads Al’s correspondence and becomes increasingly fascinated by his surviving spouse Charlie. He builds a small shrine in her honour, with pictures of her youth. He wears Al’s Navy Commander hat. He moves a desk outside the estate in order to attract her attention. Gradually, this strange attraction creates friction between the two young friends. Meanwhile, Ollie pursues the young and beautiful Isadora (Isabelle McNally).

Gradually, two feuding duos emerge in the quest for the record. On one side, Charlie and Nikolai. On the other side, Ollie and Marlena. Isadora is caught in the middle. This is about as much as I can tell you without spoiling the plot. Ultimately, this is a film about regret, repressed feeling and untimely outbursts of emotion. It boasts a very unconventional plot combined a sumptuous soundtrack. This is a melancholic and odd cinema hit, and one that you shouldn’t miss out!

The Song of Sway Lake is available on demand from Monday, January 21st.

The House By The Sea (La Villa)

A father’s legacy is minutely dissected in this stirring tale of regret, nostalgia and the true meaning of community spirit - in cinemas Friday, January 11th [Read More...]

Better inside or outside? The social "reentry" system for former prisoners in the US has severe flaws, leaving many African Americans marginalised and unable to reintegrate - new documentary explores [Read More...]