"Greasy movie"
Director of The Eyes of My Mother returns with a tribute to giallo bursting with extravagant aesthetics and vivid tunes, while also lacking some substance - on Shudder on June 1st

It’s usually a good rule in genre cinema that if someone has a clear aim in the first act, the second act should make that task a whole lot harder. Reed’s (Christopher Abbott) aim is simple. He will leave his wife at home, rent a room in a hotel across town, invite a prostitute over and kill her with an ice pick. As you do. But when Jackie, the unsuspecting woman of the night (Mia Wasikowska) comes over, the rules of the genre quickly take over.

To say anymore would ruin the plot, which often functions like a single act play, with minimal locations and actors. Based on the novel by the Japanese writer Ryu Murakami, the film has its own strange internal logic, keeping us engaged despite the unbelievable changes in tone. It goes to show how much good performances and a little style can dress up a pretty straightforward plot. 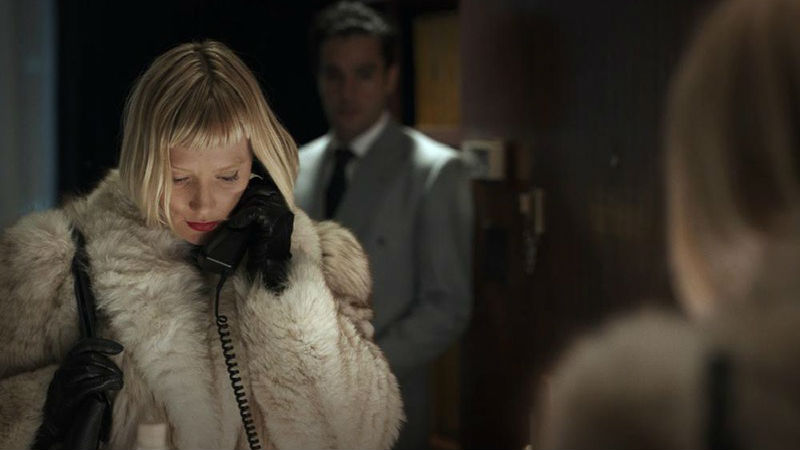 The influence of the Italian giallo genre is all over this film. The interiors are dark, with thick red wells and plush white curtains. The soundtrack is Italo-disco and horror inspired, featuring choice cuts by Goblin, Bruno Nicolai and Piero Piccioni. Split-screen frames are common, the camera movements deliberate and precise. There’s a sense that everything here is deliberately artificial — even the city’s high-rise buildings, which we only see from the middle up, are made from miniatures. Everything is a game, so the disturbing stakes of the film can’t be taken seriously. Basically, this is a comedy for sadists.

Piercing brings to mind the films of Takashi Miike, both in the film’s cruelty and its sly, methodical subversion of expectations. But while the final act of Miike’s Audition (1999) really takes you out of your seat, Piercing’s subversions have already become another trope in and of themselves. I kept wishing it would push further to reach a deeper truth, yet it seems more content with its aesthetic than delivering anything of real substance. 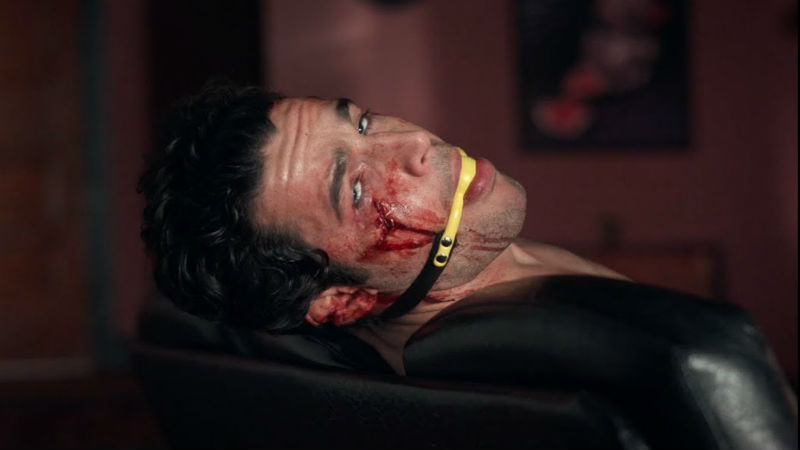 It works best when it goes into full David Lynch territory, conjuring up nightmarish and perverted bug-infested visions that work purely as manifestations of man’s worst desires. We never learn what’s really truly troubling Reed, or why Jackie’s reactions seem so bizarre. Piercing is going after the sexy and stylish vibe of 1970s’s horror without looking behind the symbols to any deeper preoccupations underneath.

Thankfully, its a pretty good time thanks to its surface pleasures alone. If the material is weak, it’s sold by two solid central performances. Reed is handsomely acted by a skittish, haunted Christopher Abbott, caressing the ice pick like a character out of a German silent film, while Wasikowska, who played a similar role in last year’s Damsel (David and Nathan Zellner), has an unknowable quality that effortlessly holds the viewer’s attention. If the characters don’t particularly love either themselves or each other, the camera does, Zack Galler’s photography lovingly caressing their sadomasochistic courtship. Beneath the games and the style and the sexy look however, there isn’t much there, making Piercing a great film to look at, but not much to think about.

Piercing is out in cinemas across the UK on Friday, February 15th. On Shudder on Tuesday, June 1st (2021).