"Dirty gem"
Simple and uplifting documentary takes an an affecting look at the complexities of end-of-life care in Mexico - in cinemas Friday, February 8th

América is 93 years old. Suffering from mental and physical deterioration, she is cared for by her grandchildren. Her son, Luis, is currently in jail, as authorities found her in a state of distress when he should’ve been caring for her. Directors Erick Stoll and Chase Whiteside get up close and personal with the lewder details of caring for the elderly, including the minutiae of attending to toiletry needs, feeding her, and constantly reminding her where she is. This is interspersed with the siblings attempts to free their father, who they believe is wrongfully imprisoned.

Starting as a traditional look at love and compassion, América slowly reveals its sharper socio-political edge, indicting the Mexican care system in the process. 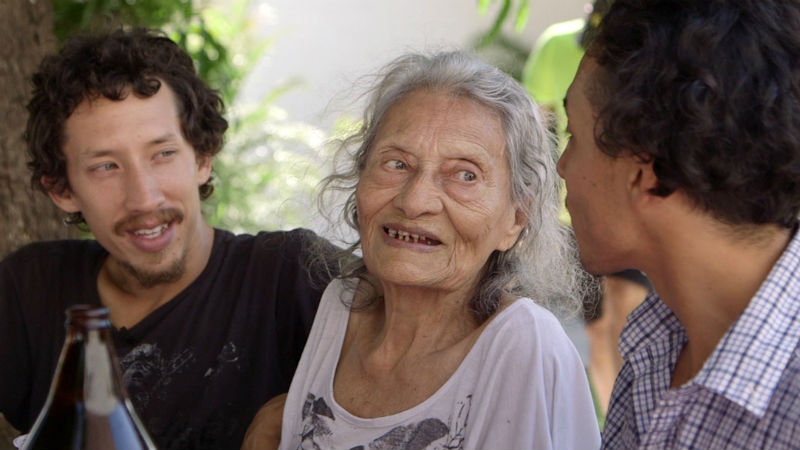 The film is set in the idyllic beach resort town of Puerto Vallarta, an area highly popular with American tourists thanks to its LGBT friendly vibe and copious beaches (its commonly dubbed the “San Francisco of Mexico”). Both brothers work in the tourist industry. In an ironic twist of fate, one moves between heated debates and running meditation workshops, showing that life in practice is nothing like the ideal of a wellness retreat. Their work is increasingly under pressure, often leading them to choose between work and care.

Why don’t the authorities send someone to care for América? She can’t pay for care herself, seeming as her monthly pension is only a measly 3,000 pesos (just under £120). Why is the burden entirely on relatives to provide this level of care which often requires a professional? The film slowly but surely criticises the care system, especially for putting Luis — a man who, according to them, was simply trying to care for his mother all alone — in jail. Instead of focusing on the intentions of the family, the care system seems more interested in ticking boxes. For example, they stress adamantly that América should always be listened to, even when she makes unreasonable demands.

This pressure gives later scenes a harsh edge. The immense difficulties of care put enormous strain on the two brothers, leading to vicious arguments and even fistfights. Still and Whiteside rarely intervene, often allowing these conflicts to play out within single takes. It makes América a difficult yet necessary watch. 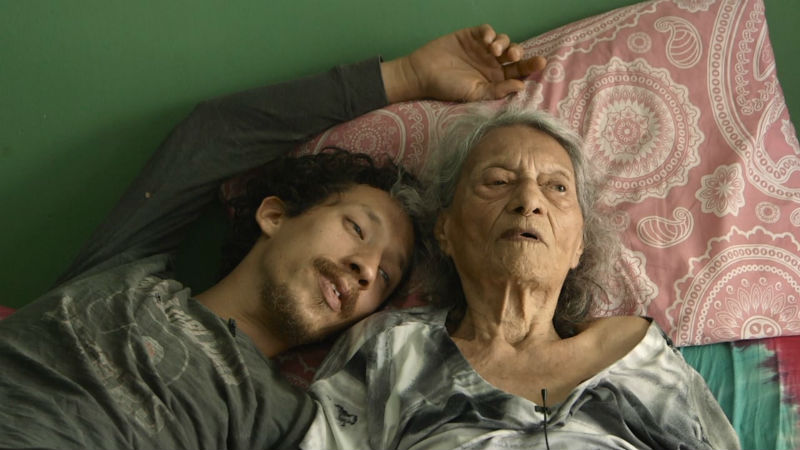 Still, amidst all the the darkness and stress, América finds the love and the light in the old woman’s life. Many scenes are dedicated simply to hearing her talk with her family or sing old songs. Although the subject matter may be dark, she is always treated with compassion by the filmmakers. It’s evident that she is loved by her grandkids. The problem is that love can only get you so far. América portrays this dilemma excellently.

A seemingly truncated runtime of only 77-minutes, as well as a rushed denouement, prevent América from really bringing all its themes to a head, yet it deserves credit for its naturalist approach and commitment to emotional honesty. This really is a small wonder.

América is out in cinemas on Friday, Febaruary 8th.