In this delightful comedy documentary, ex–Late Show With David Letterman editor and first-time feature director Dava Whisenant introduces us to the show’s longest serving writer, Steve Young, and principally, his obsession: the industrial musical. These were full-blown Broadway-style productions for companies like Ford and Xerox, delivered as one-off performances in conference rooms. To give you an idea, one of Steve’s favourite songs is My Bathroom, from the musical The Bathrooms Are Coming. It begins with the lyrics “My Bathroom, my bathroom is a very private place”. They are mad.

David Letterman, one of the great ironists of all time, poked at the form of the Talk Show with such minute dexterity that, during its glory days, it became impossible to tell what was real, fake, smart, dumb. But Bathtubs Over Broadway is about when irony becomes sincerity, which will be a resonant narrative for cynics in a millennial ‘post-post-post-irony’ world. Steve starts out hunting these musicals down because he finds them so funny (he discovers The Bathrooms Are Coming while looking for material for a Late Show segment) but as he delves deeper into this hidden world, his affection and appreciation for the form becomes something else. 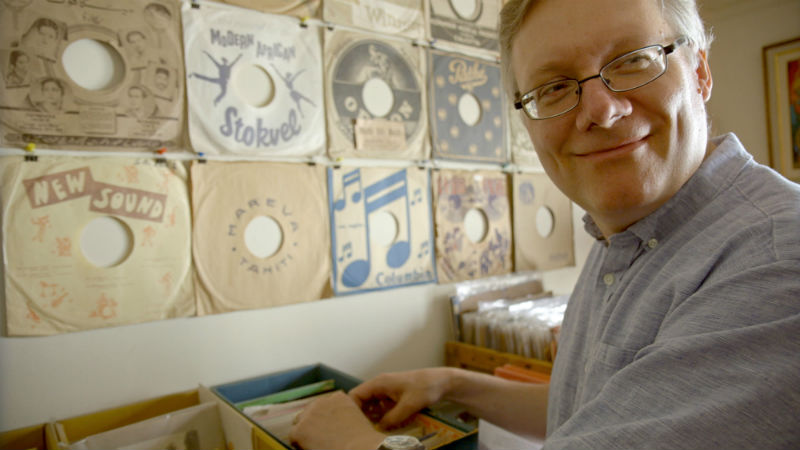 The industrial musical echoes through pop culture, filling in the blanks of Mr Show and bands like Ariel Pink. Punk legend Don Bolles and Jello Biafra also appear, superfans, two folks who Steve almost certainly never expected to be friends with. There are great scenes of them geeking out together over the deepest cuts about radiators and management techniques. It genuinely reveals something new. Something that’s more than a sexy dog chow song. It’s an entire piece of American history.

The filmmaking is not exactly what we would call dirty. But in revealing this bizarre subsection of American culture, Whisenant has made a film that lives up to the ideals of the dirt. We touch lightly on the death of American industry, with clips of General Motors in Flint, Michigan as a marker for the change, which caused the decline of the industrial musical (lower budgets, more corporate anonymity). That drama makes this a real snapshot of an American moment, a time which some wish to return to, and also one that doesn’t really exist. That’s glossed into a song and dance routine about a toilet brush.

Bathtubs in Broadway manages to capture a huge time of change in Steve’s life, with the end of Letterman, his building of friendships with figures from the industrial musical scene, and the release of his book. But there’s also an off-the-cuff reference to a separation, to a wife that we’ve heard about but who doesn’t appear. The movie is perhaps too respectful of Steve to go prying into this stuff, but at the same time, that perhaps holds it back from properly investigating his psychology. This is, after all, an increasingly life consuming hobby-cum-obsession, that Whisenant never investigates the reasons for. Which results in a comic figure at the film’s centre who is difficult to really know. It’s a difficult negotiation. 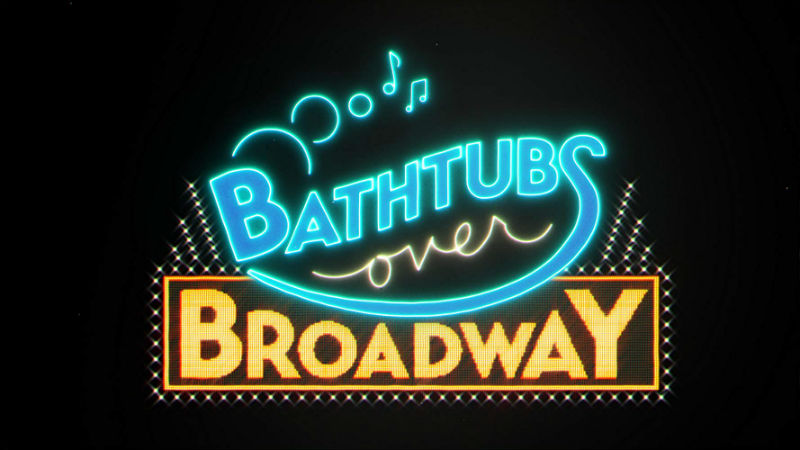 Bathtubs Over Broadway exists in order to shine a light on the industrial musical and maybe delving further into Steve’s head would have shifted that focus, but when he’s such a central figure who is clearly searching to fill some void, you are left wondering.

The film falls prey, as have a lot of recent documentaries, of over-egging the ending, delivering a sequence that seems to wrap up all the ideas, one last check in on the interviewees making their grand statements… and then it keeps going. You could hear the audience, half reaching for their coats, slumping back down. But then Whisenant delivers her most ambitious piece of filmmaking, a full musical finale that features most of our interviewees dancing through the streets, Steve making at least two costume changes. Their singing is questionable, the lyrics corny, but its put together with such love that it achieves what musical numbers are supposed to: capturing a feeling that mere words can’t. Bathtubs Over Broadway is one of the funniest documentaries in years, and I hope it lets many more into the world of My Bathroom.

Bathtubs Over Broadway is showing at the International Film Festival Rotterdam, which is taking place right now.

Staring death in the face: the live television suicide of news reporter Christine Chubbuck in 1974 is the subject of this dour and psychologically complex drama, an ingenious study of emotional collapse and American obsessions [Read More...]