"Greasy movie"
What do you get when you mix a Western revenge story with a martial arts film, taking place in Indonesia? Here's your answer - now available on all major VoD platforms.

This is the story of two brothers Suwo (Yoshi Sudarso ) and Jamar (Ario bayu) and their uncle Arana (Tio Pakusadewo) who left Java in order to live in exile in the US. They fled a brutal massacre carried out by Dutch Captain Van Trach (Reinout Bussemaker) and his soldiers, which culminated in the assassination of their father Sultan Hamza. The action takes place in 1860. 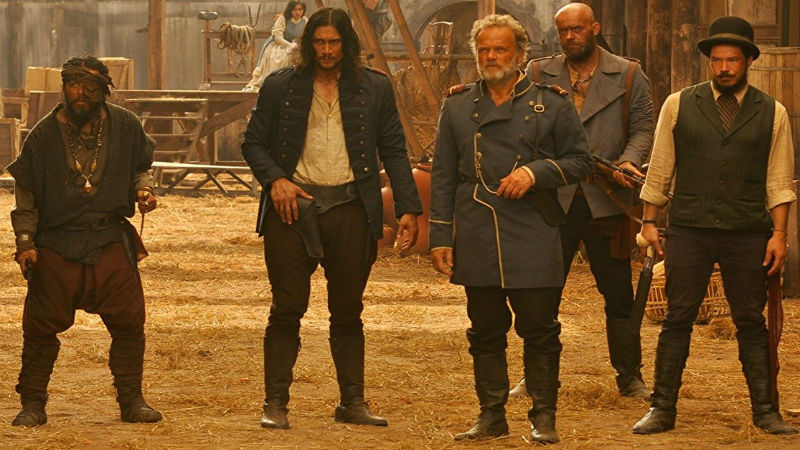 The two men work on the railways and they have learnt the cowboy way of life. In the beginning of the film, we see them win a very realistic fight on board of a speeding train in California. Their uncle informs them that it is finally time to return to their homeland and get the revenge that they have been waiting for their entire lives.

Upon arriving in Indonesia, the trio encounter a country devastated by an authoritarian regime led by Van Trach and his henchmen. Villagers are routinely tortured and executed. There is also a good amount of fighting, and the martial arts scenes are very well-crafted. Yet, I wish there were more fighting and less torture scenes. At times, it reminded me a of Mandingo (Richard Fleischer, 1975). I felt that the exploitation element was a little too prominent. 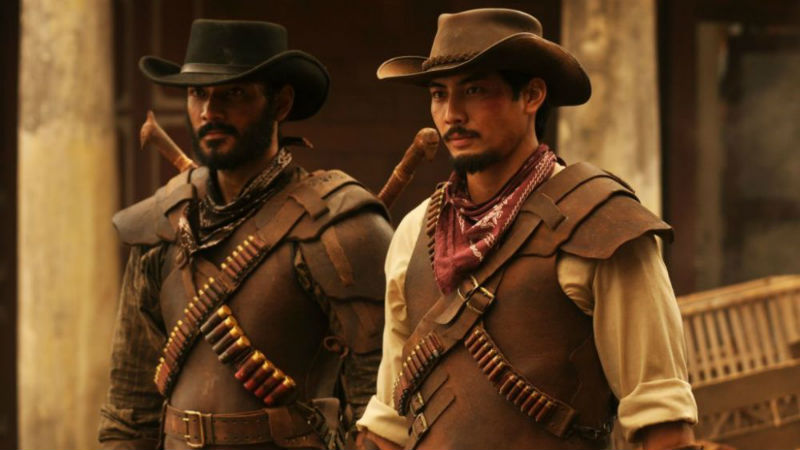 The narrative arc is quite conventional, and Westerns fans will work that it’s just a question of final before the final duel between the two brother and Captain Van Trach takes place.

Indonesia has produced quite a few martial arts and fight films in the past decade or so, including The Raid (Gareth Evans, 2011) and Headshot (Kimo Stamboel and Timo Tjahjanto, 2016). The director of Buffalo Boys Mike Wiluan is no stranger to the genre: he was one of the producers of last year’s The Night Comes for Us (Tjahjanto) – a real wild wild ride of a movie. The Thai film Tears of the Black Tiger (Wisit Sasanatieng, 2001) is a fine example of a Western taking place in Asia, balancing action and visuals, Eastern and Western themes, and hitting all the right buttons. Buffalo Boys just about scratches the surface.

Still worth a watch, particularly for the magnificent Indonesian scenery and top-notch acting. Buffalo Boys is out on most VoD platforms from Friday, January 18th.

The Ballad of Lefty Brown

The glory and the pain of cowboy life! Solid western featuring Bill Pullman pays tribute to the exploits of the titular character in the burgeoning and mostly lawless American mythical heartland - now on DVD and VoD [Read More...]

The sequel to Denis Villeneuve's neo-Western from three years ago is a reactionary piece of filmic drivel, teeming with prejudices, glaring falsehoods and sheer American propaganda - now on all major VoD platforms [Read More...]