"Filthy genius movie"
After being dumped by his girlfriend, an aggressive and egotistical Astor embarks on an erratic dating crusade, in profoundly dark comedy about hurt egos and cruel psyches - available now on VoD

This was a project worked through financial and societal uncertainty for the helmer-scribe-thespian. The outcome is an exciting film about the darker parts of the human desire, innuendo in every frame. Idiosyncratic prose populates the interior scenes, invariably quirky in their delivery.

Astor (played by the director Adam Christian Clark) has just been left by his girlfriend after getting too much on her nerves. He’s now back in the LA dating scene with his crass and unorthodox pulling technique. “Are you a feminist”, Astor asks a table of pub-goers, while a collective chuckle leads an embarrassed colleague to respond that this is “a sensitive man”. This is a very, very good script about a selfish character. 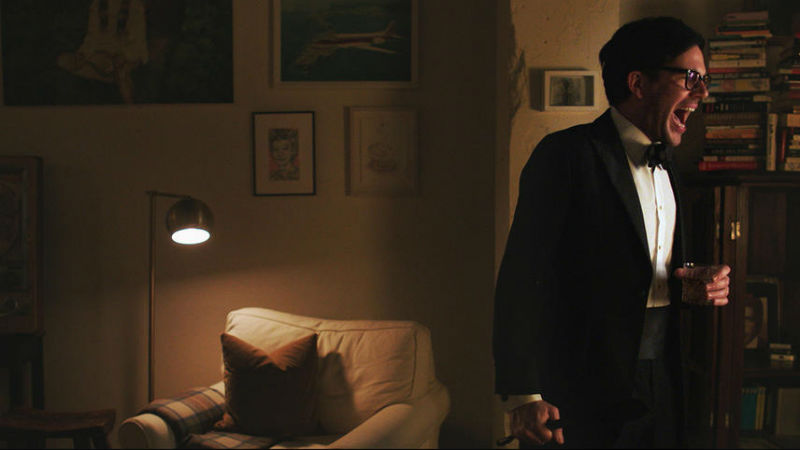 Eager to explore a new side to himself, Astor turns to sex as an engine to fuel his ego, congratulating himself after every conquest. One conquest queries Astor’s jealousy of her discussing other men. His response is negative and unconvincing.

The film veers violently for the viperous, penetrative in shot, penetrative in theme. Naked in shot, in front and behind the camera, it discusses the discarded psyche we keep cruelly within our bed sheets. The perceptions we keep hidden are revealed onscreen in the most wonderfully visceral fashion. Bedroom scenes evolve with the camera demonstrating the licentious limbs that seduce our lead. Astor’s conquests give Michael Caine’s lead role in Alfie (Lewis Gilbert, 1966) a good run for his money, despite lacking the frisson and charm of the old-fashioned Lothario. His socially awkward behaviour is picked up as cute flirtation in many of the film’s steamier scenes. 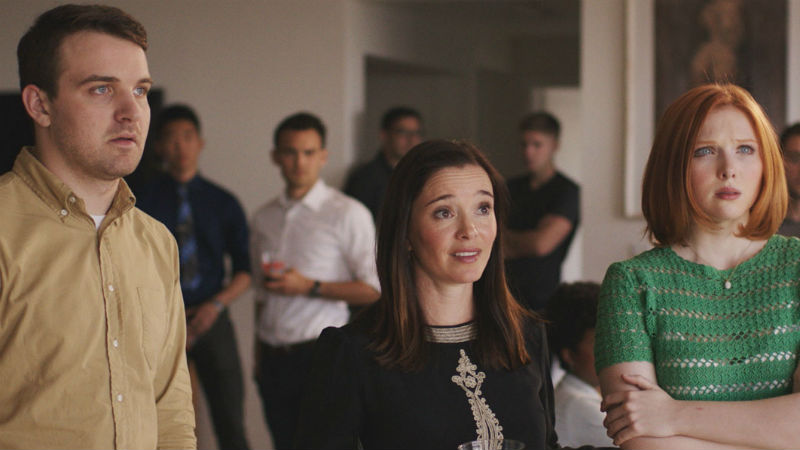 Newly Single is reminiscent of Steve McQueen’s Hunger (Steve McQueen, 2008), painting people who live and breathe for sex. Filmed naturalistically, the appetising bedroom scenes seem arcane in their depiction. Astor is unafraid to focus on his shortcomings. One shower scene is even more revealing than John Lennon’s conceptual debut with Yoko Ono!

As any film following Steve McQueen’s sexual milieu, there are provocative angles bringing the viewer into unusual positions. Lascivious legs are shot with tasteful decorum, naked in emotion and demons, the most startling scenes centre the sensual and the sexual. Discussing a personal matter with his sister, Astor’s stance changes from confused brother to predator, unsure of his dealings with the one woman he cannot sleep with. With only his second film, Clark’s made his visual mark. He sees the sense in sensual. Newly Single is provocative cinema au courant.

Newly Single is available on Amazon from December 7th and on Amazon Prime for Valentine’s Day February 14th.

The strongest chain in no chain at all: LGBT drama about two gay men who meet in an absurd situation and become unexpectedly attracted to each other - from East End Film Festival. [Read More...]