The House By The Sea (La Villa)

"Dirty gem"
A father’s legacy is minutely dissected in this stirring tale of regret, nostalgia and the true meaning of community spirit - in cinemas Friday, January 11th

Relying heavily on conversations played out against the beauty of the Southern French coast, The House by the Sea functions as an intimate persona drama, while also setting us up to ponder larger questions about the human spirit. A quiet character piece that successfully relies almost entirely on the strength of the screenplay and Guédiguian’s usual coterie of experienced actors.

Maurice (Fred Ulysse) has a stroke while looking at the Mediterranean, prompting his three children to visit him and to agree on how his estate will be divided. They are Angèle (Ariane Ascaride), a jaded actress who cannot retain her former glory, Armand (Gérard Meylan), a cook in Paris, and Joseph (Jean-Pierre Darroussin), a disillusioned leftist professor. Joseph also brings along, by his own words, his “far too young fiancée” Bérangère (Anaïs Demoustier). Whether by tragedy or by personal failing, the lives of these characters are filled with disappointment. Will returning home heal these old wounds or make them even worse? 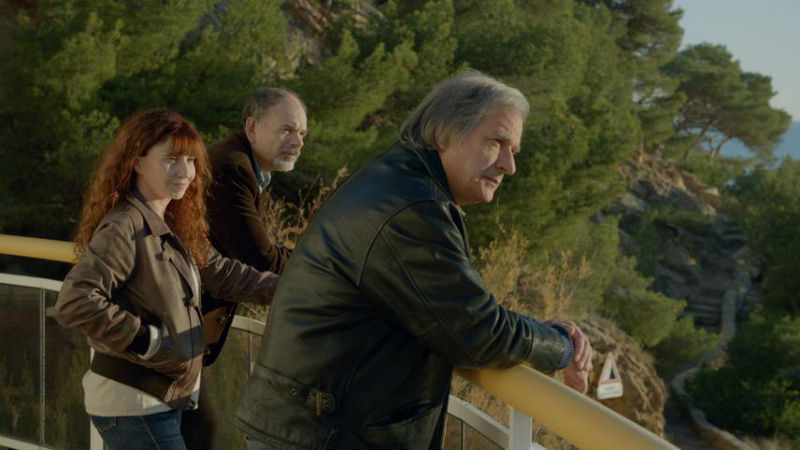 Using the death of a patriarch as a means to allow children to reevaluate the course of their lives into action is a common trope, especially in American indie cinema, yet Guédiguian finds a fresh angle by focusing on character first and situation second. All three children are in their 60s – too tired for bitter recriminations yet still relentlessly ironing out issues that have plagued them throughout their entire lives. Their love lives are a mess, yet they cannot help but to dive into questionable situations as a means to feel something new again.

Additionally, the Southern France they know has changed, as displayed by the army knocking on their doors asking them to keep an eye out for refugees. Can their father’s legacy – displayed by the once bustling restaurant he owned and the time he played Father Christmas and distributed presents to all the locals – still be upheld or is it too late for this fading coastal town?

Robert Guédiguian likes to cast the same actors over and over in his films, making the relationship between these characters feel naturalistic. One flashback to a more carefree past is extremely effective, as it simply recycles a clip from his own film Ki lo Sa? (1985) featuring the exact same actors over 30 years younger. This gives the film a stirring metafictional quality, as if Guédiguian himself is looking back over his own cinematic output and asking what good has it done. 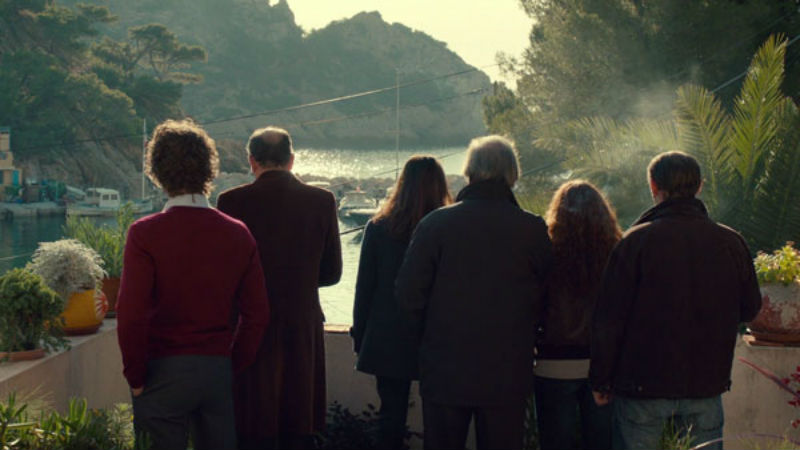 Answers come via a feel-good ending. This final act conclusion –  which I will not ruin here – is the kind of thing that would occur around 25 minutes into regular films, yet is used here to finally prompt our previously lethargic characters into action. While a predictable plot development, it is handled with the kind of sensitivity that gives the film a wider, global resonance. After all, sometimes it takes something exterior to put one’s own life into proper perspective.

Allowing this abrupt turn to occur within what was previously a Rohmer-esque rumination on love and life, gives the film a deeper, more urgent meaning, turning a specific family drama into a universal call to action. It may not be handled with much subtlety, yet in today’s times, subtlety can only get you so far. This family knows that fact better than anyone.

The House By The Sea is out in selected cinemas in the UK from Friday, January 11th.

What happens when a headstrong and tenacious doctor constantly dealing with dying patients becomes ill with an incurable disease? Can he step out of the caretaker's shoes into the receiving end? [Read More...]