"Filthy genius movie"
Jack Nicholson plays a TV journalist who commits identity theft and travels around the world in a dead man's shoes, in Antonioni's splendid essay on self-deceit - in cinemas from Friday, January 4th

The story is deceptively simple. A globetrotting TV journalist checks in to a hotel and meets a stranger. A few hours later, the stranger is dead in his hotel room having died of natural causes. Swapping his own photograph with that of the dead man on the latter’s passport to assume his identity the journalist commits identity theft, a familiar phrase today which was not in use when the film was made. In the dead man’s shoes, the journalist travels round the world to attend a series of appointments the dead man had set up.

You can’t imagine this plot working in today’s world of computerised records and the internet. Stealing another person’s passport would require considerably more technical expertise than merely moving a pasted physical photo from one passport to another. And there must be far more identity checks in place in airports today than there were back then. But in the paper records, pre-internet world of the 1970s, it’s plausible enough. 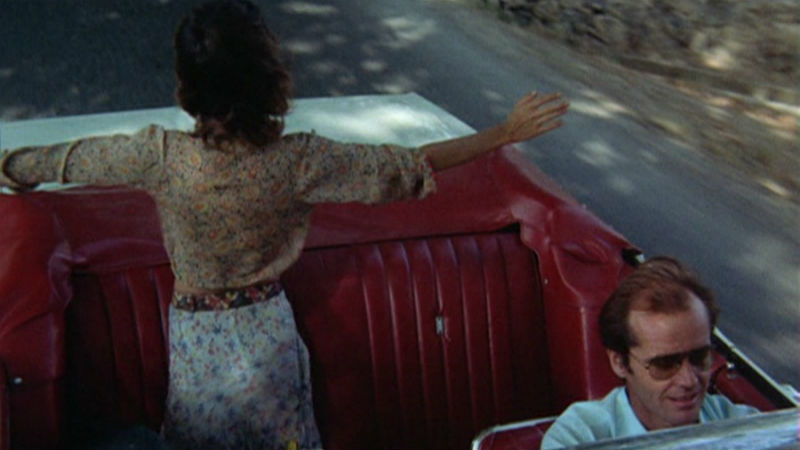 There are many reasons to see The Passenger. One is Antonioni’s eye, his visual sense of style. The film is splendid to look at. It feels as if one way or another a considerable amount of work went into location scouting, with many of the locations so cinematogenic you feel as if he could have merely pointed a camera at them and that would have been enough. However Antonioni does a lot more than that, including staging a lengthy unbroken shot towards the end which will likely take your breath away. The Italian director has a commendably unhurried sense of pace: the whole is harmoniously edited.

Then there are the two leads. Jack Nicholson appeared in Chinatown (Roman Polanski, 1974) and One Flew Over The Cuckoo’s Nest (Milos Forman, 1975) around the same time. Those two career high points are easily matched by his very different performance here as a man very clearly out of his depth passively moving forward towards wherever events will take him. Although she doesn’t appear until quite some way into the proceedings, Maria Schneider, shortly after the controversial Last Tango In Paris (Bernardo Bertolucci, 1972), here shows herself made for the cinema, a presence that lights up the screen whenever she appears on camera. Together on the screen, these two actors are nothing less than iconic. 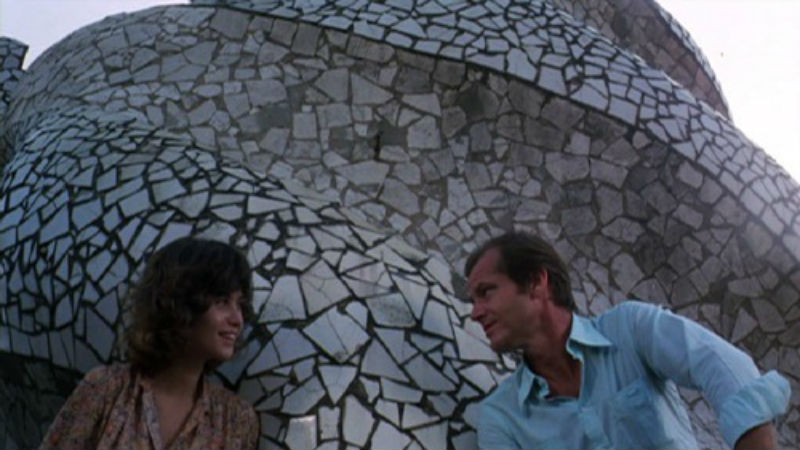 As a thriller, I wouldn’t particularly recommend The Passenger: it takes a long time to get anywhere and proceeds at its own leisurely pace. On the other hand, the film is peerless as an essay on identity and self-deceit the film. For seeing iconic actors on the screen, it can’t be bettered. And as a stylish piece of cinema, something to wash over you in the auditorium, it’s a treat.

The Passenger is out in the UK on Friday, January 4th. For anyone wishing to find out more about the director, BFI Southbank host a comprehensive season entitled Antonioni: Confronting The Modern World With Style from Friday, February 1st to Sunday, February 24th.

WW2 drama about German soldier who impersonates a captain blends the beautiful with the monstrous and raises moral questions about our passivity as viewers - on VoD on Monday, October 1st [Read More...]

One move is all it takes! Vincent Cassel plays a fundamentally decent man whose life is turned upside down due to one single extraordinarily bad mistake, in French genre-bender - streaming now with DMovies [Read More...]