"Dirty gem"
In this extremely bleak and yet powerful account of survival in modern-day China, four separate lives implode even as they intersect in a rundown town - on VoD on Monday, December 24th

Clocking in at just under four hours, An Elephant Sitting Still isn’t something you’re going to watch unless you’re prepared for a long-haul viewing. However it’s worth it. Hu Bo’s unremittingly bleak world might not be somewhere you’d want to live, but it’s most definitely worth a visit. That said, he only made the one feature length film before committing suicide. You can’t help but wonder whether the vision he presents here bore any relation to his state of mind leading up to that tragedy.

The morning after Yu Cheng (Zhang Yu) has slept with his best friend’s estranged wife, his best friend turns up at the apartment, sees Yu and throws himself out of the window. In a nearby flat, a couple try to talk their ageing parent Wang Jin (Liu Congxi) into entering a nursing home as they have scarcely enough room for themselves and their small daughter. 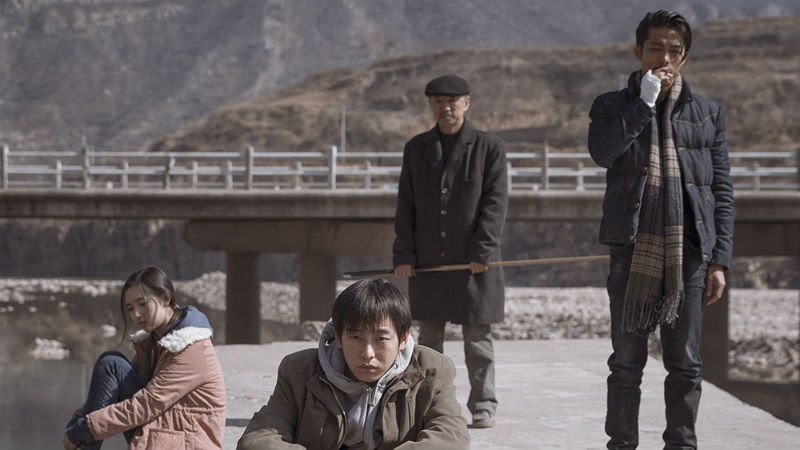 Meanwhile, 16 year old Wei Bu (Peng Yuchang) gets caught up in a row over the alleged theft of a phone by his friend Li Kai ( Ling Zhenghui) from school bully Yu Shuai (Zhang Xiaolong). In an argument Wei accidentally pushes the latter down a flight of stairs putting him into a critical condition. Now Shen’s elder brother Cheng is after him. Elsewhere, Wei’s horrified classmate Huang Ling (Wang Yuwen) finds herself and her lover, the school’s vice principal, the subject of a viral video which threatens to ruin both their lives.

All the characters’ pointless existences threaten to close down around them. As the fortunes of Yu, Wei, Huang and Wang take a turn for the worse in the course of a single day and night, dragging them into their intersecting metaphysical cul-de-sacs, the film follows each of the characters in a compelling series of single takes around their rundown daytime Chinese town which recalls the nighttime one in Have A Nice Day (Liu Jian, 2017). There’s a similar sense of hopelessness to that film, although its much briefer running length makes you wonder if Hu could have tried harder to say what he wanted to here in a shorter amount of time. 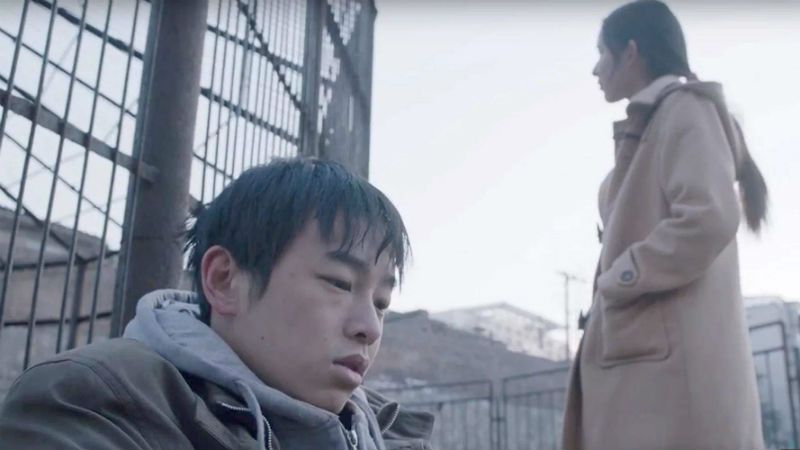 That said, Hu’s four-hour film is brilliantly paced and furnishes him the time he needs to explore his characters’ lives at some length. However, the ending just… well, ends, making you wonder if he could have ended the whole thing earlier or simply cut some scenes out to get the length down. (This writer is not sure whether or not that could have been done without ruining the film. But, maybe…?)

The title derives from a story, trotted out at the start, about a legendary elephant in Manzhouli Zoo who sits around all day without moving. Both Wei and Huang resolve to visit the beast – pretty much the nearest either of them get to any sort of motivation to do anything with their lives – while Wang also wants to visit Manzhouli for different reasons.

In the end, this is bleak and gruelling stuff – but well worth putting aside four hours of your time to watch.

An Elephant Sitting Still is out in the UK on Friday, December 14th, and then on VoD on Monday, December 24th. Watch the film trailer below:

Mental health is no child's play: all the odds seem to be stacked against a father’s struggles to care for his bipolar adult son, in a film that's a sharp comment on Hong Kong's failure to care for its most vulnerable [Read More...]