"Dirty gem"
Man strikes, and so does nature! Filmmaker exposes Turkish operation against Kurds by blending footage collected by locals with images of natural phenomena such as a meteorite rain and the eclipse of the sun - streaming now with DMovies

How do you mix deadly politics with the wonders of nature? In Meteors, documentarist Gurcan Keltek combines a mostly unknown and obscure – yet no less tragic – political event that took place three years ago in Anatolia with a succession of superb natural phenomena. The outcome is an exquisite black and white film fusing documentary-making, lyricism and experimentalism.

In 2015, the Turkish army conducted a major offensive operation to kill off the Kurdistan Workers’ Party, thereby silencing their independence bid. The event received no media coverage whatsoever. Not a single international correspondent was present at the time. Locals collected images mostly on their mobile phones, which Keltek when converted to the silver screen. 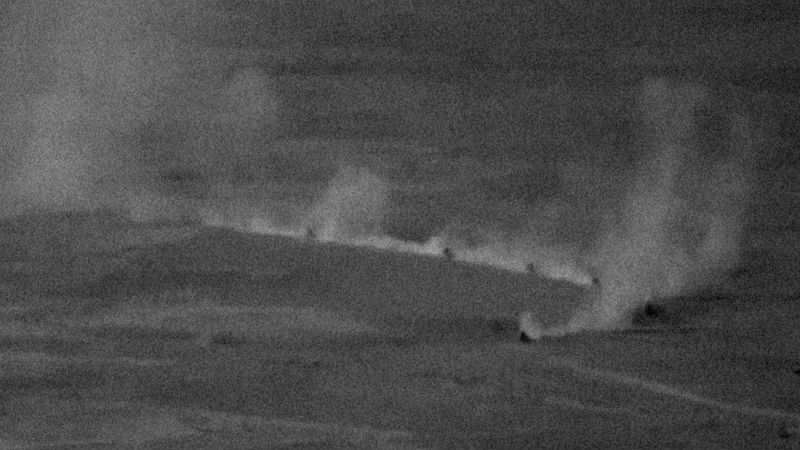 Meteors is a dark film, in both the connotative and the denotative sense of the adjective. Almost the entire film takes place at nighttime. The photography is gloomy and the dark shades of grey prevail above everything else. The political conjecture is also dark. People have died in the town of Cizre. There are ruins everywhere. Walls covered in bullet holes. Electricity, telephone and the internet are scarce. The Turkish army hopes that their actions will remain in the dark, entirely invisible and immune to international criticism. “We were silenced and annihilated by an invisible hand”, a local puts it succinctly.

Local hunters shooting down gazelles open the movie. But soon it’s people who are being gunned down. The similarity between the gazelles and of the people running in panic will not go unnoticed. In these long shots, the humans and quadrupedal animals are hardly discernible. The gazelles lock horns, while humans point weapons at each other. 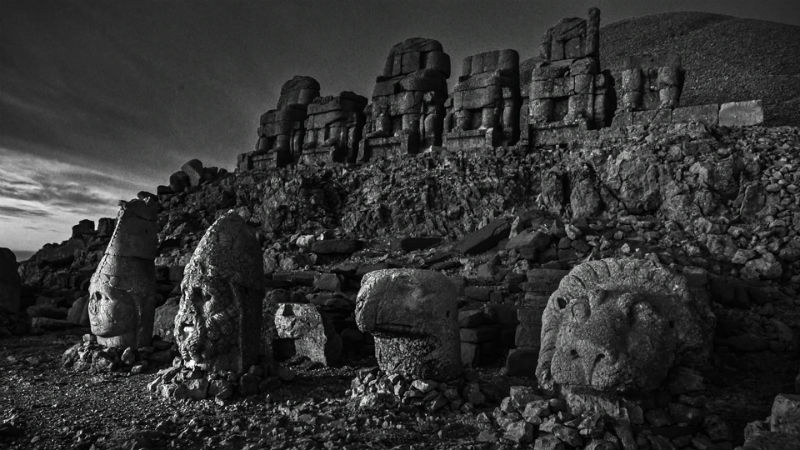 The technical wizardry is plain and effective. The audio is particularly expressive. You will feel like you are outdoors with the wind blowing fiercely, rushing through the leaves and making slurping sounds inside your ear. The instrumental music score blends in seamlessly. There’s also plenty of throat-singing (a practice common amongst Kurds). The images of the meteor shower and solar eclipse are urgent in their simplicity. The statues of Mount Nemrut (pictured above) are featured at the very end of the film perhaps suggesting that nature and mankind, plus the ancient and the modern should finally meet.

Meteors was out in selected cinemas across the UK On December 7th, 2018, when this piece was originally published.

Turkish microbudget film financed by the Biennale Cinema College excels in ingeniousness, establishing a wild and oneiric environment virtually detached from reality - live from Venice, and you can also watch the film from home with Festival Scope [Read More...]